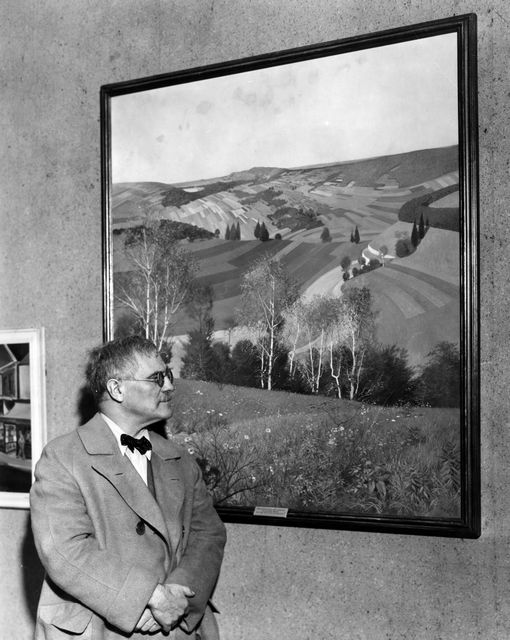 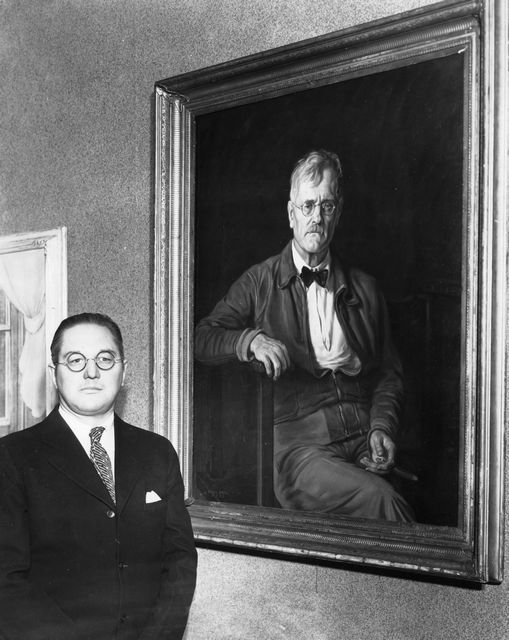 AN EXHIBITION of MURAL and EASEL PAINTINGS by JULIUS MOESSEL, CHARLES HALLOWAY and LOUIS GRELL from June 16 until June 30, 1936 in the Eight Floor ART GALLERIES, THE DAVIS STORE. “three of Chicago’s most noted artists…” “Each one of the three artists excel in not only mural work but easel paintings that are expert in their execution and challenging in their psychology. Each one is exceptionally versatile and draws freely upon tradition-mythology, the bible, science, literature and their own creative imaginations. This exhibition clearly indicates Moessel, Halloway and Grell as artists of sound accomplishment and tremendous power.”

“A stunning exhibition of mural and easel paintings by Julius Moessel, Charles Holloway and Louis Grell has opened in the Davis store eight floor galleries, to continue to June 30.”

“A long wall of large figure paintings by Louis Grell is most stimulating. Mr. Grell is a painter with vision and power and his saga of romantic personages is bravely sung. When he comes down from the mountain peak of allegory and walks the comparatively modest plains of portraiture his talents stand him in equally good stead. Two of his finest canvases are the portrait of Julius Moessel and “Lady with Spaniel.””

“The magnificent and romantic canvases by Louis Grell afford a second contrast. Mr. Grell paints with vision, sweep, and imagination. His “Forest Idyll” is a remarkably unified and beautiful mural. His portrait of Julius Moessel is extraordinarily fine and that of “Lady with Dog(Spaniel)” is as delightful as any given us by Gainsborough.”

That comparison is to Thomas Gainsborough (1727-1788) the famous English portrait artist of the Kings and Queens of England and was a quote from an influential art critic on hand at the Chicago Galleries Association.

From the exhibition catalog 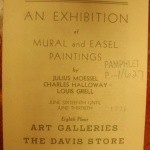 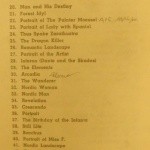 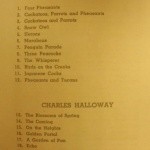 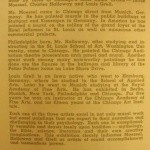