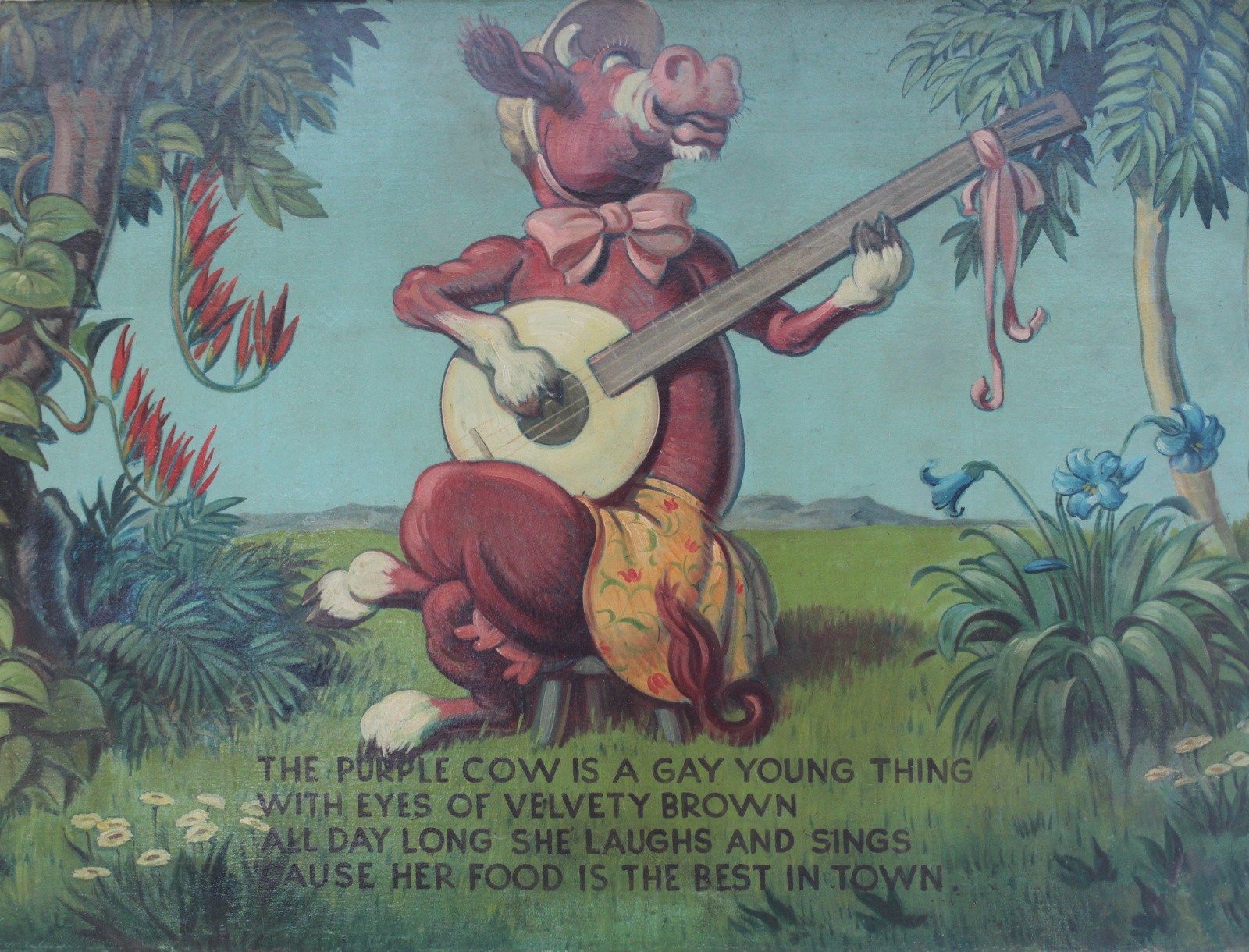 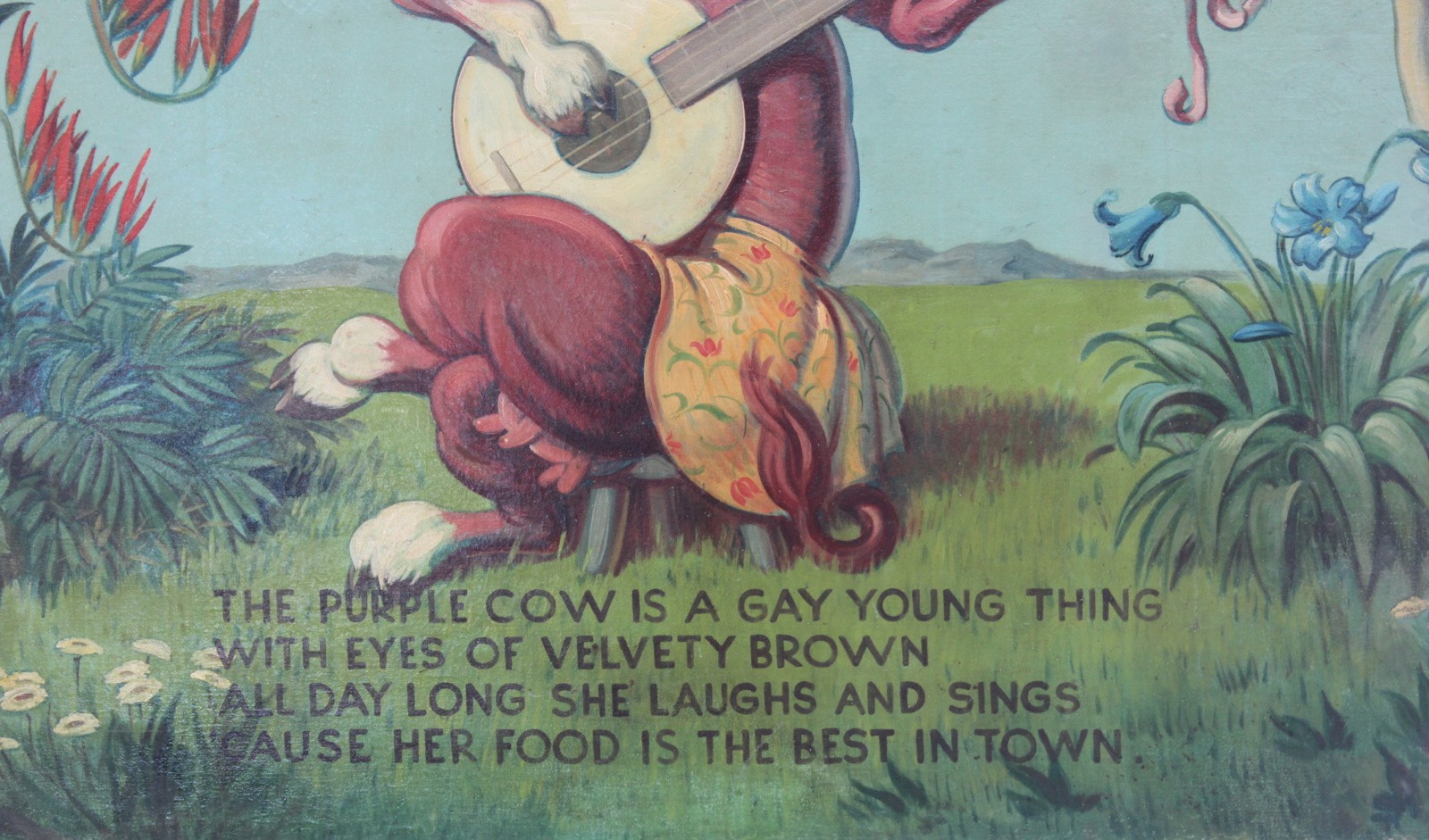 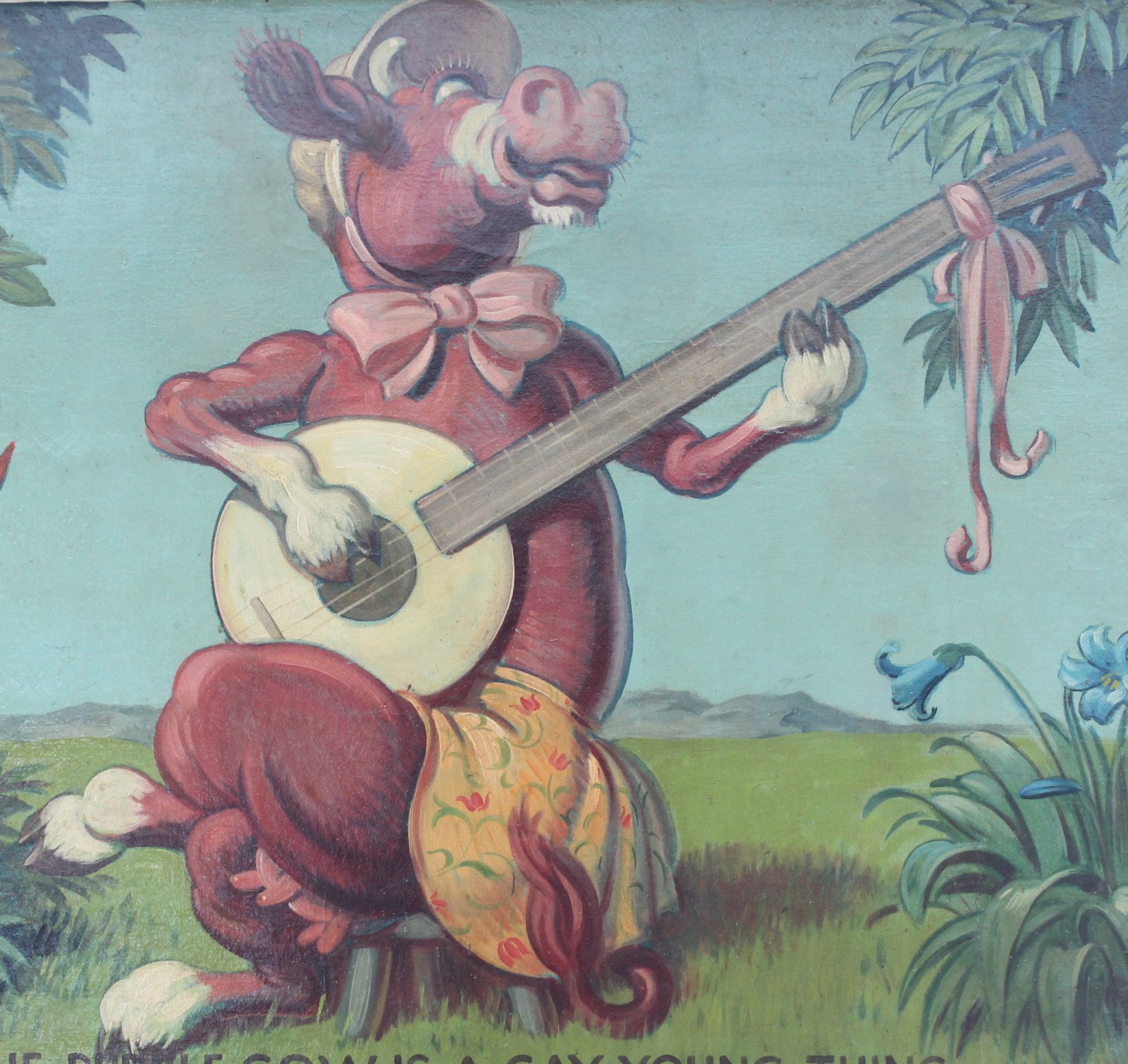 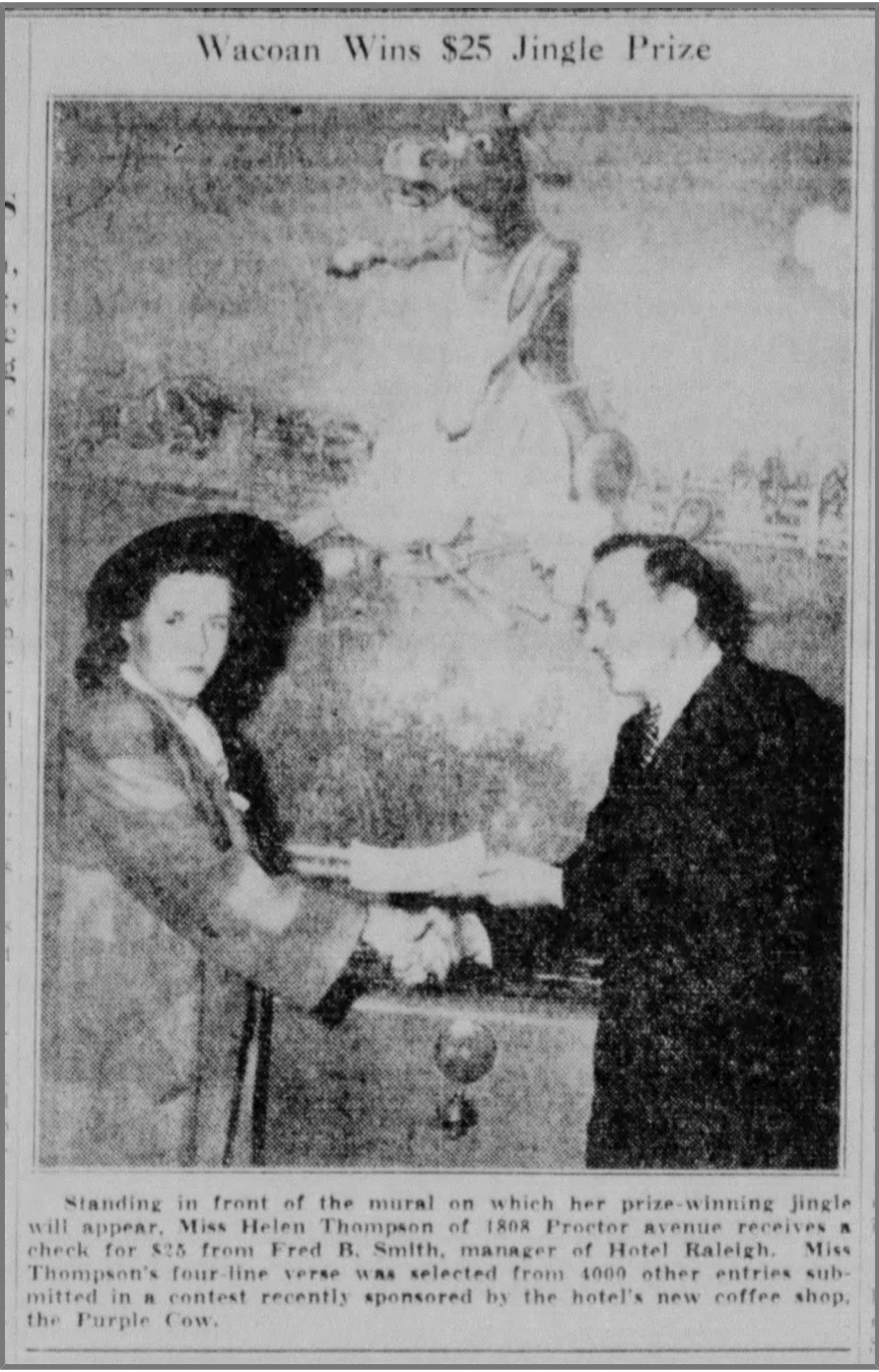 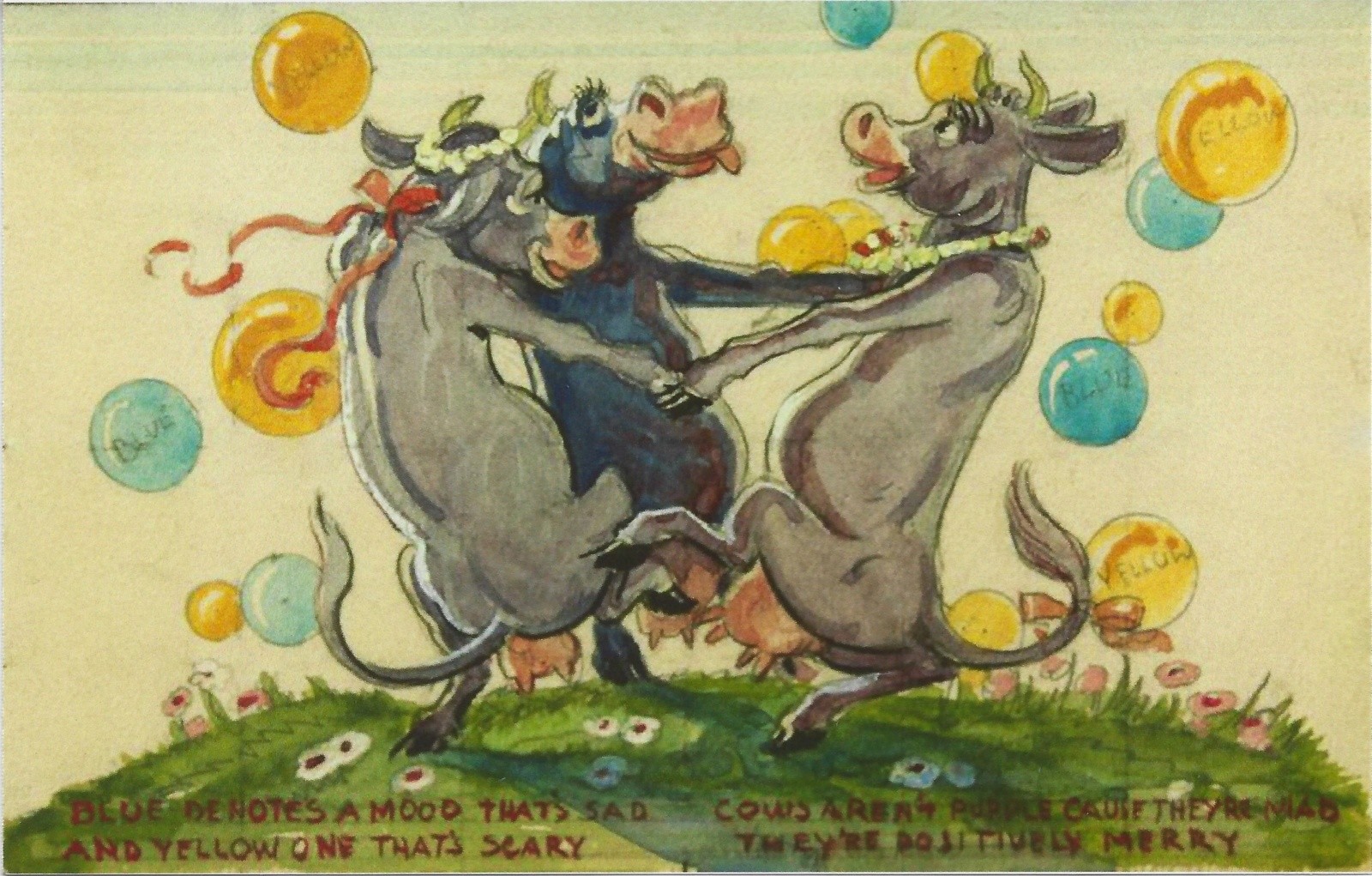 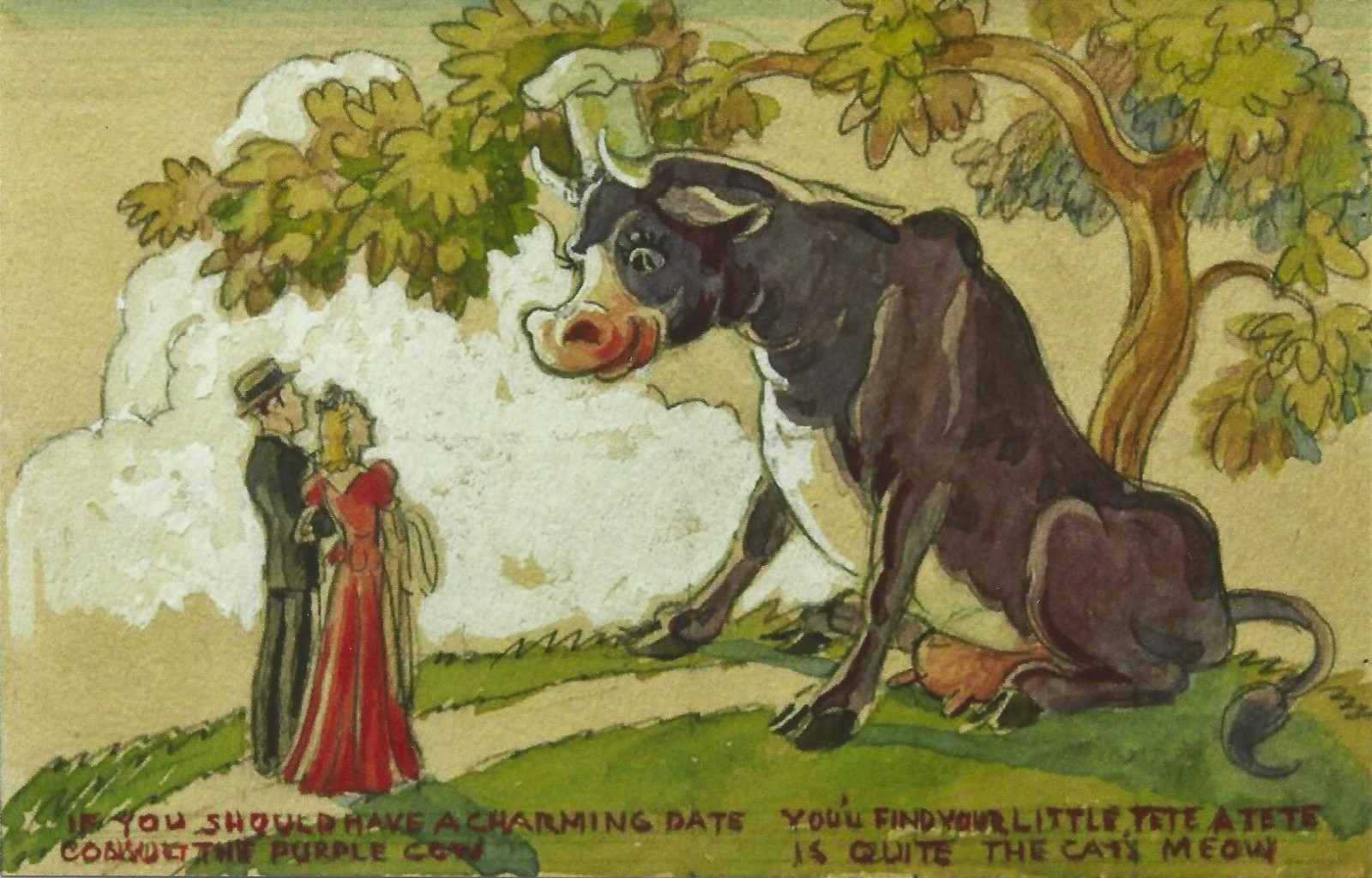 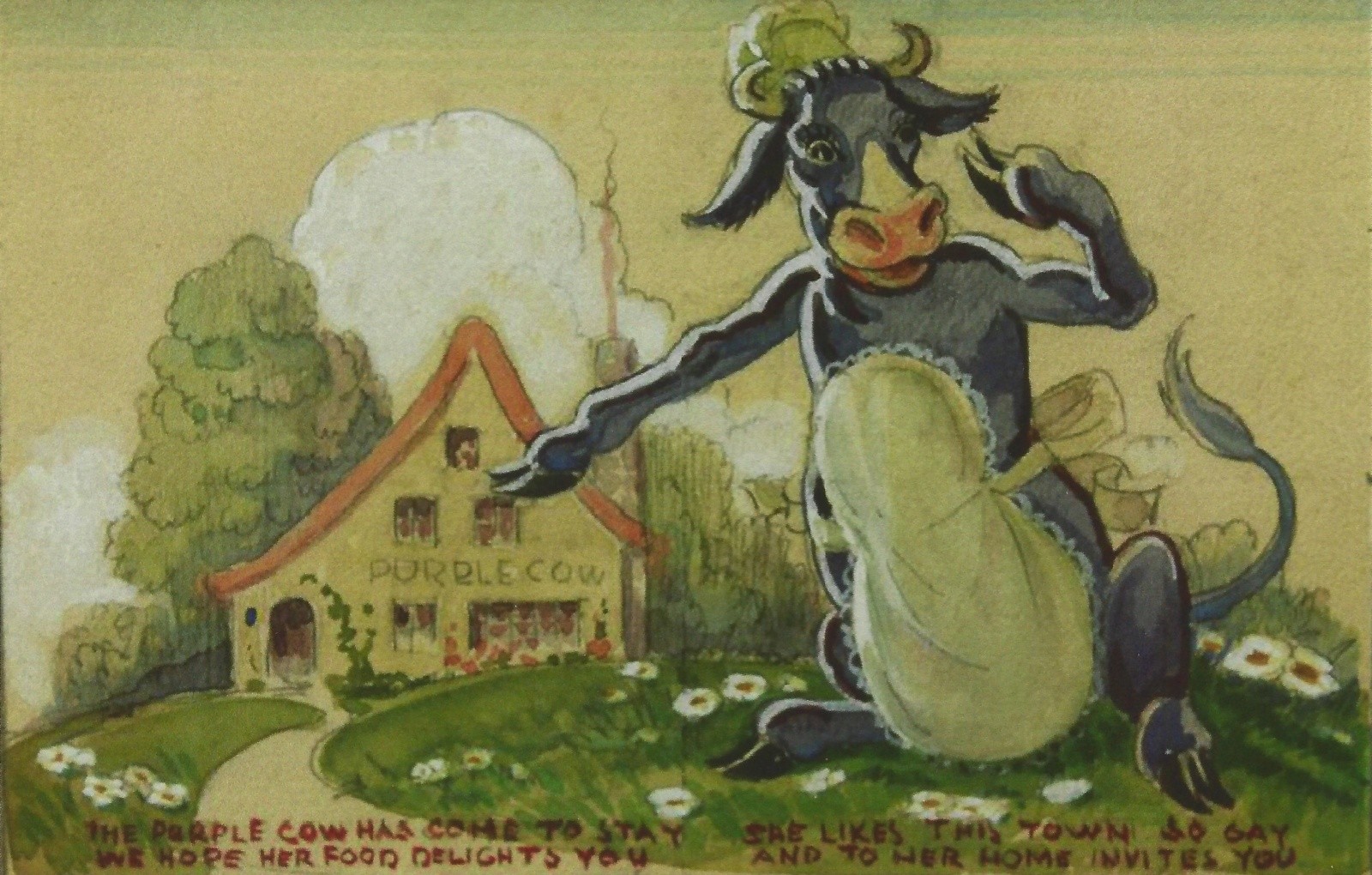 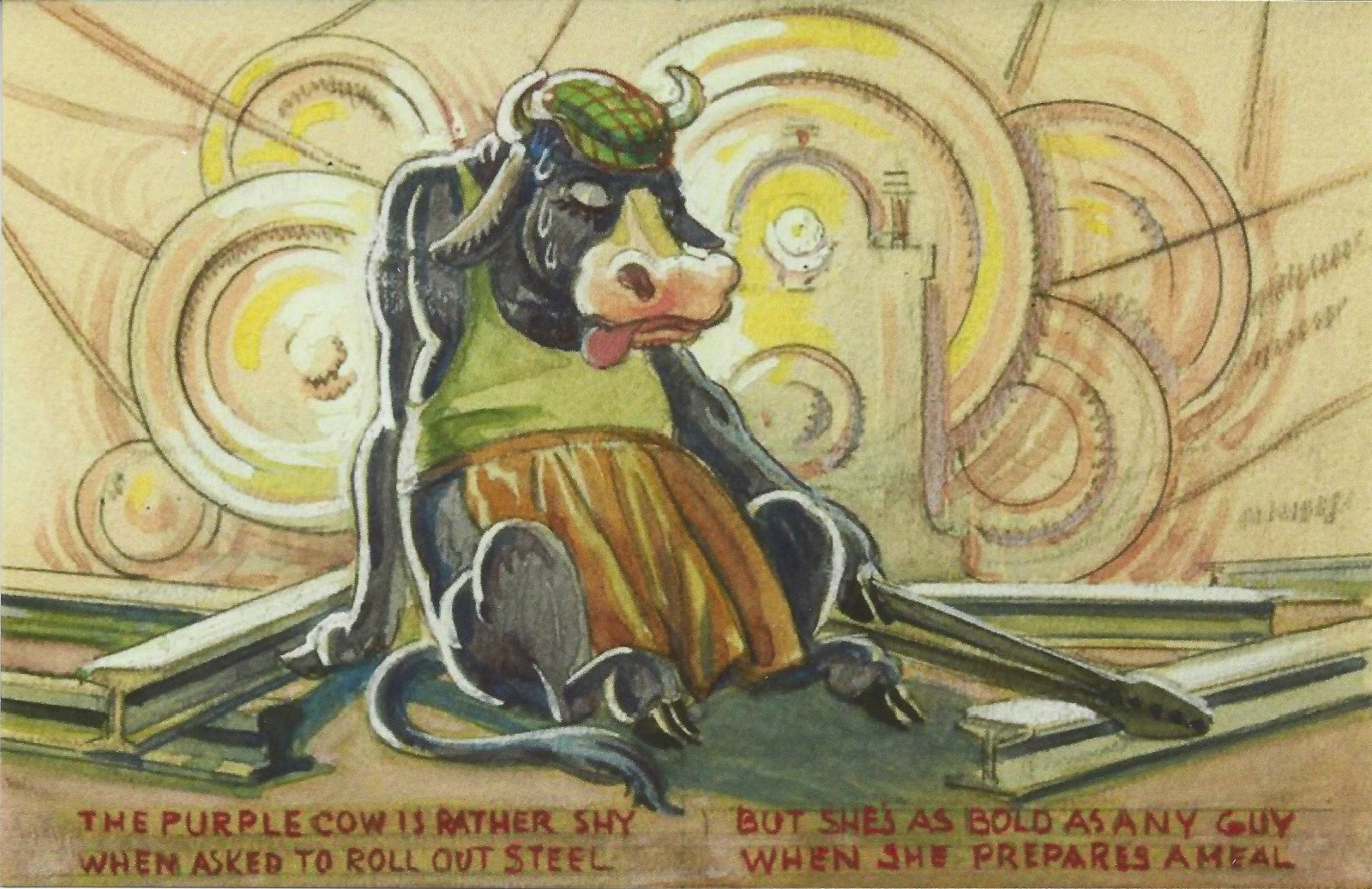 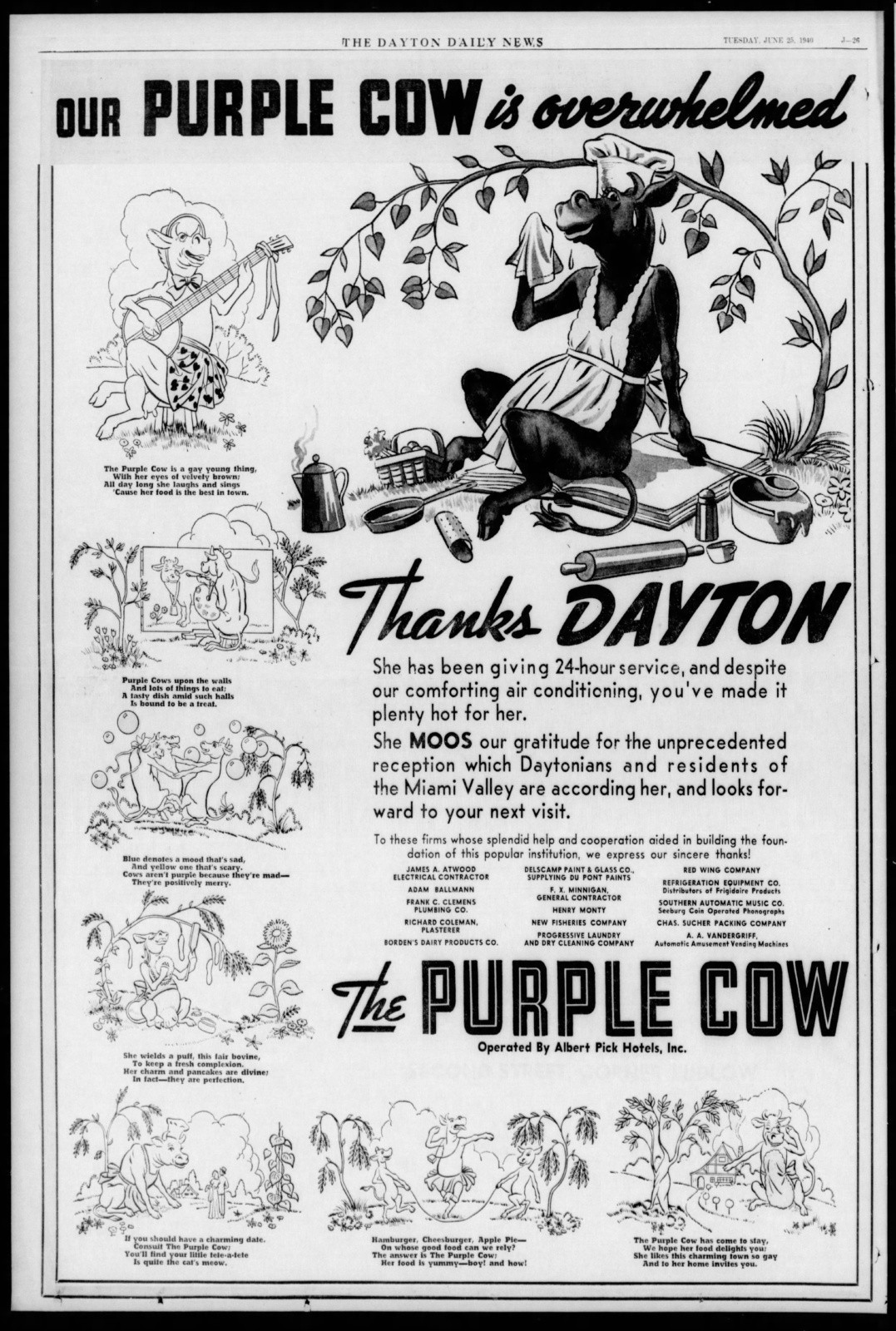 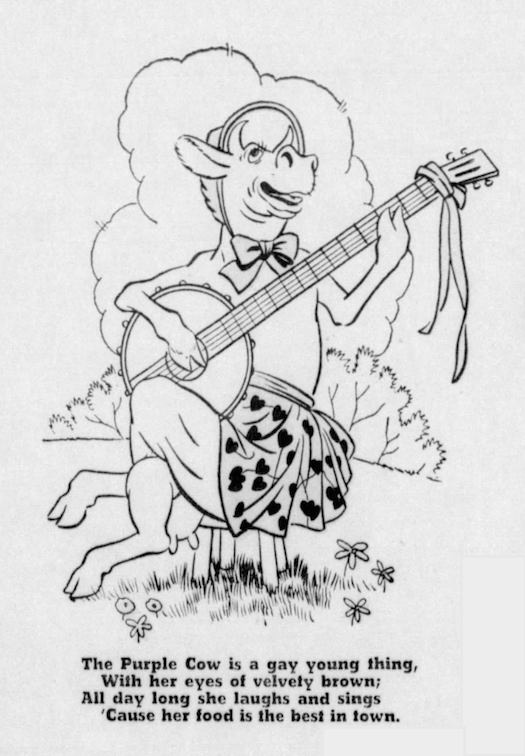 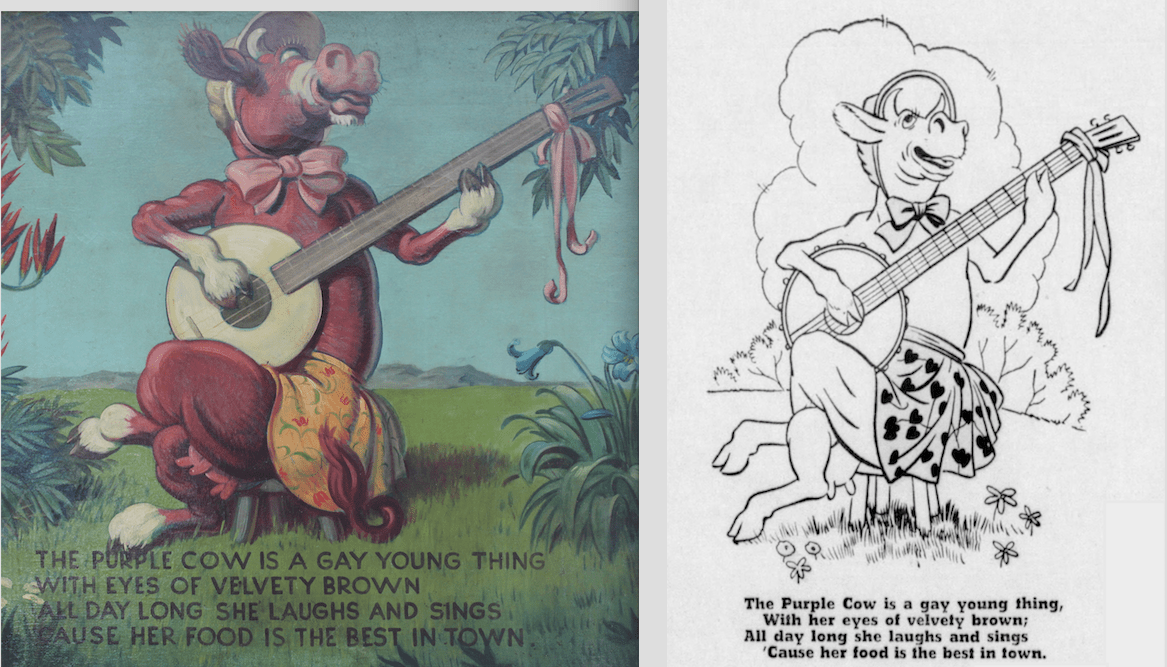 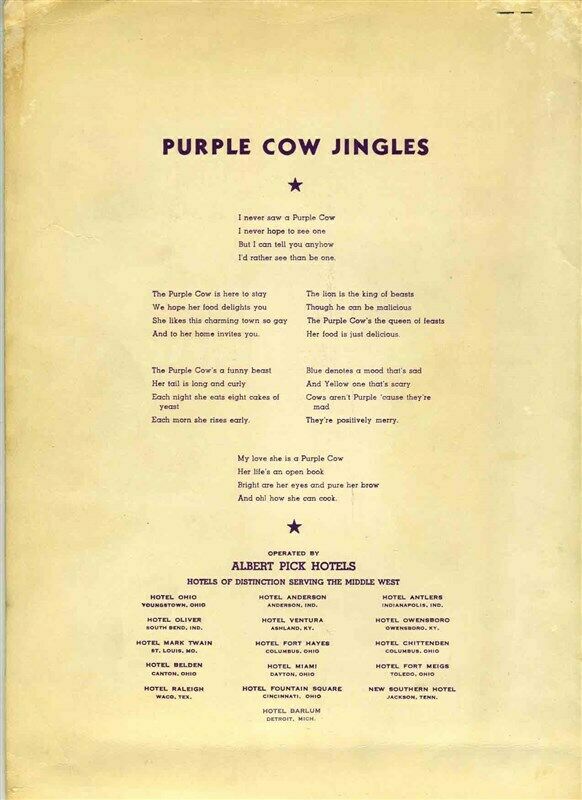 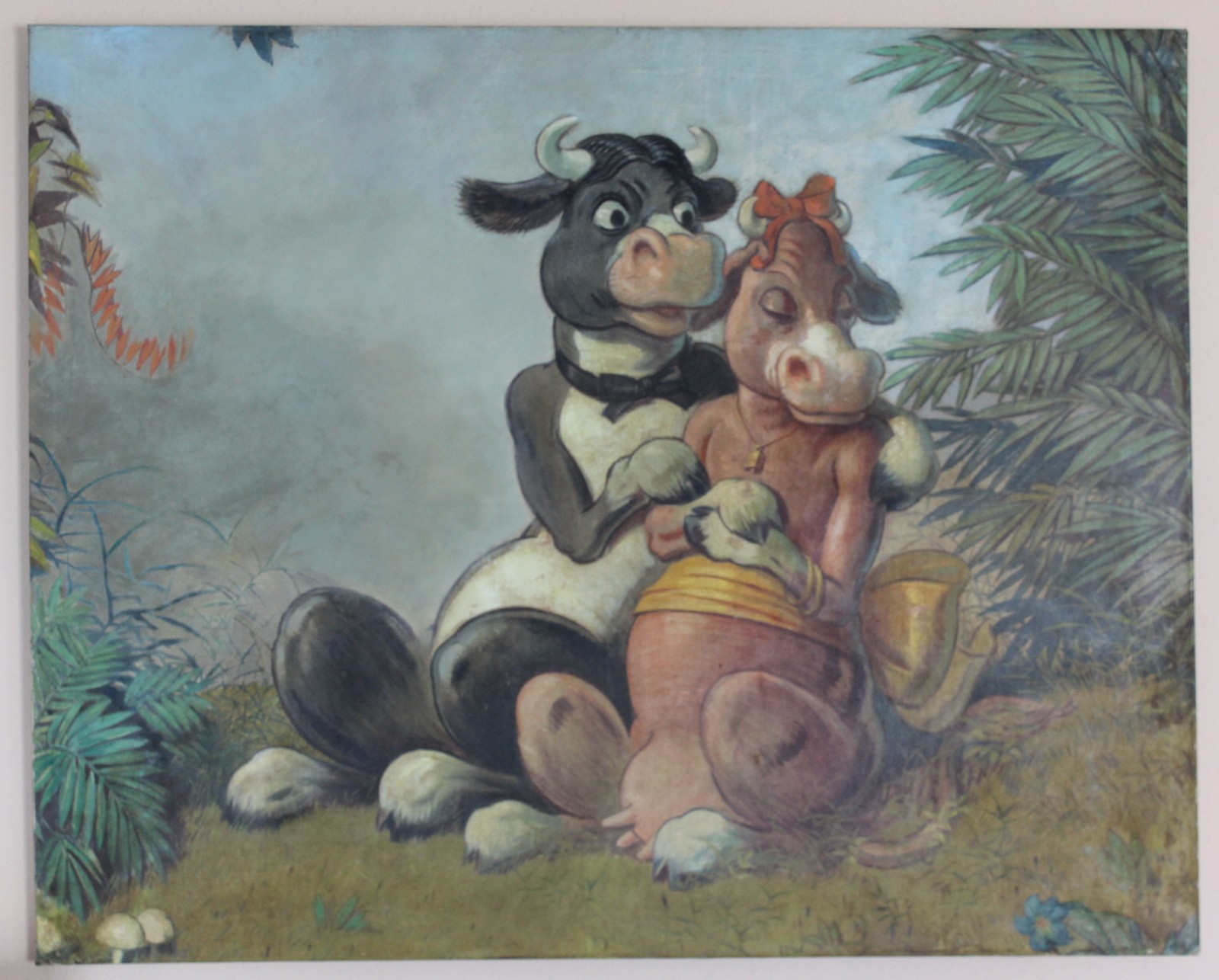 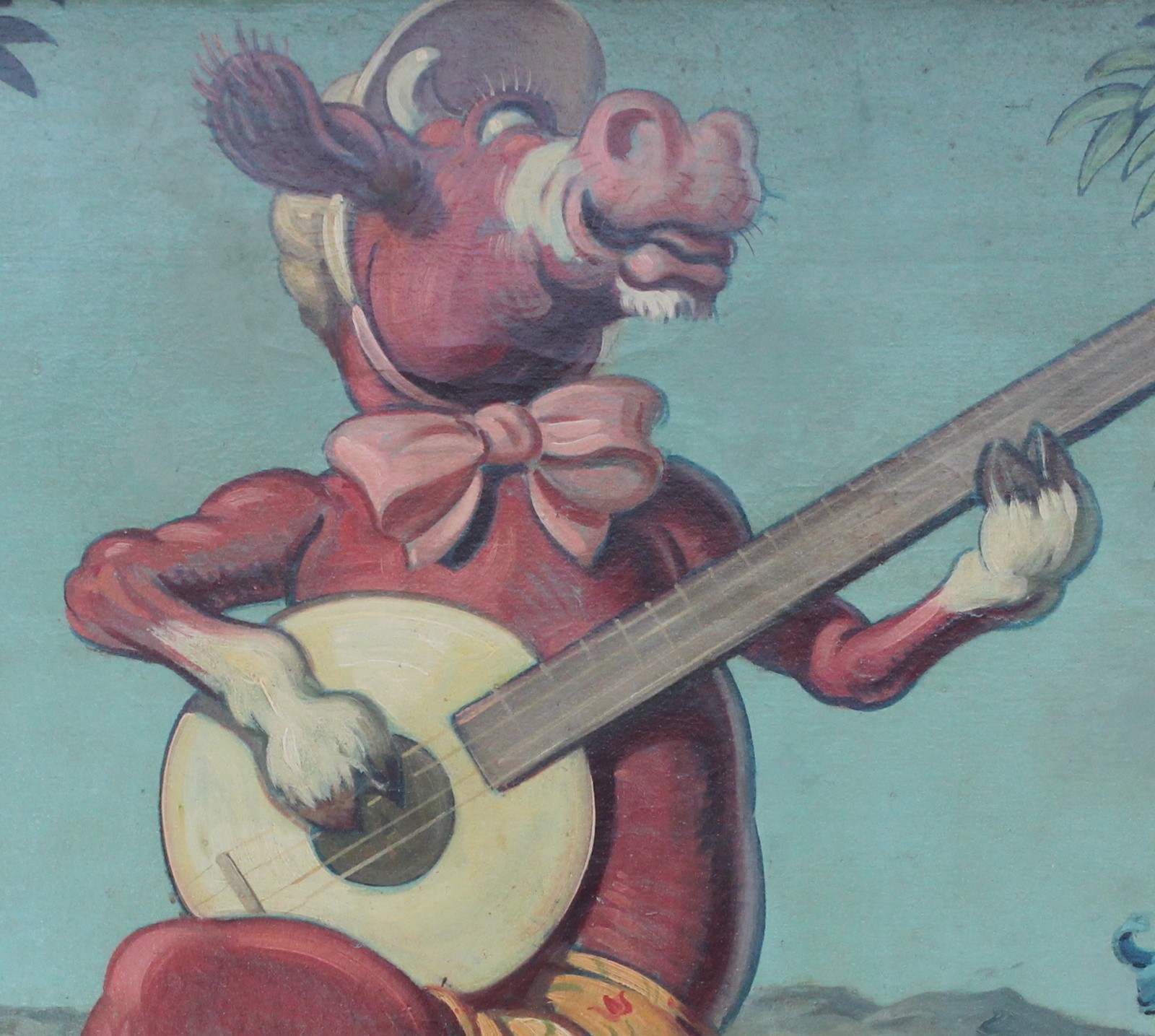 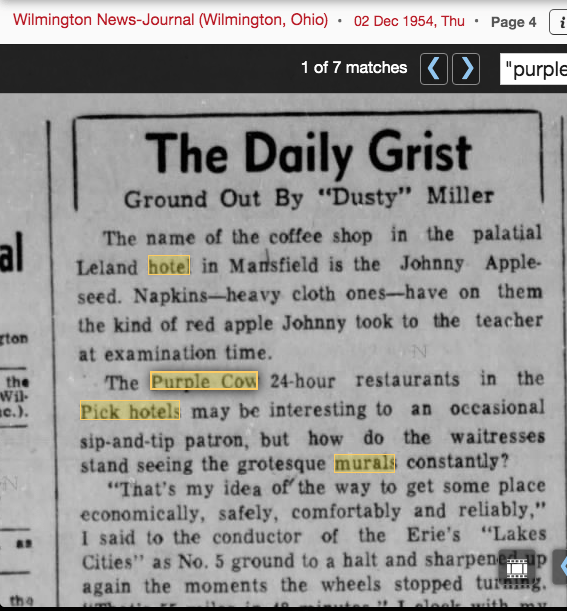 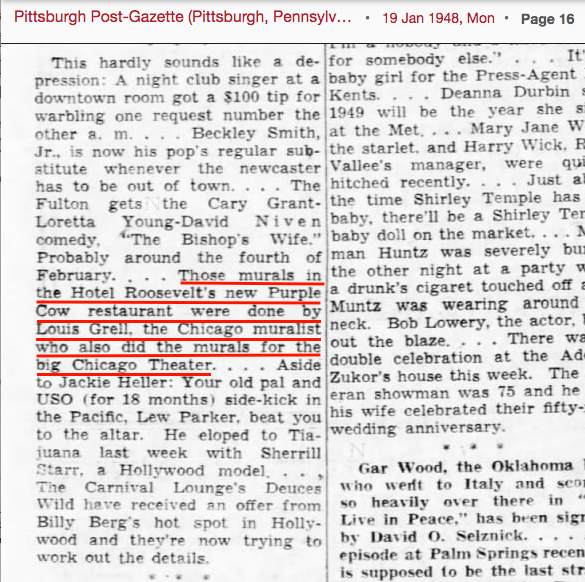 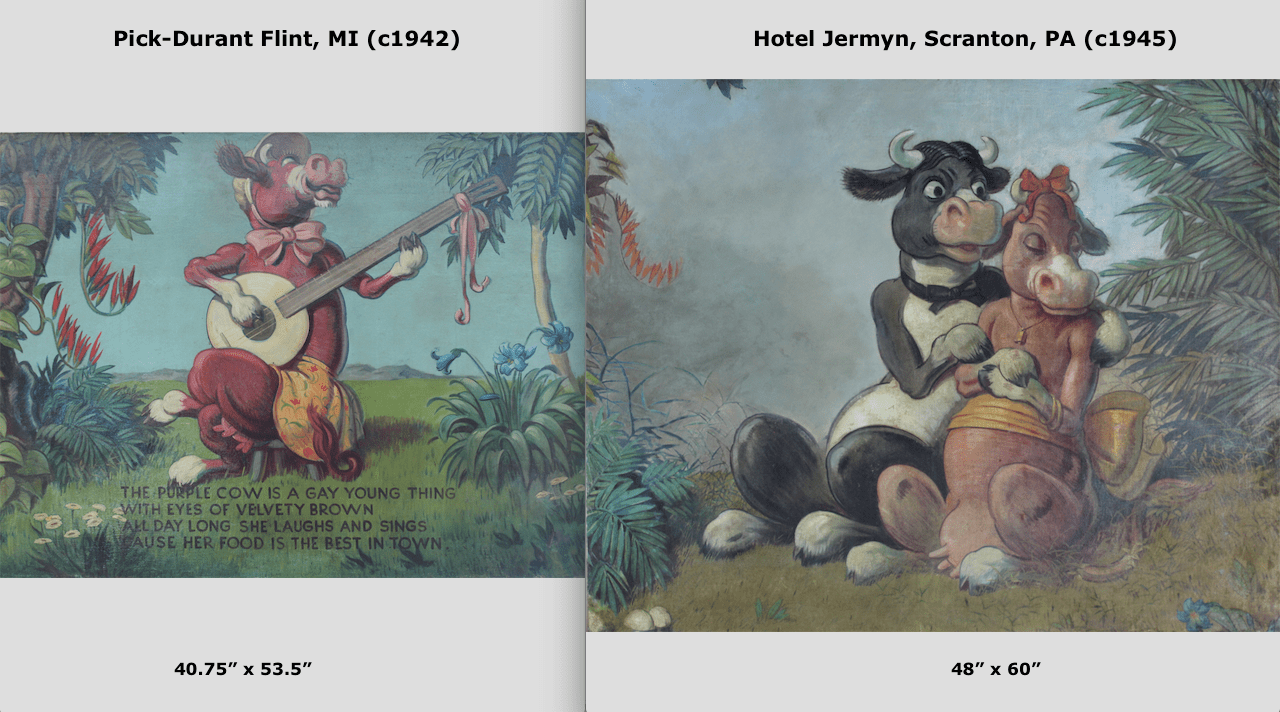 A mural fragment from the Purple Cow restaurant at the Hotel Pick-Durant, Flint, MI c1942

One of at least four murals painted before 1943, but shortly after the Albert Pick Hotel chain purchased the Hotel Durant and redecorated the entire hotel in 1942.  Celebrating the gaiety of times while having fun with the Purple Cow ice cream and sandwich shop themes; the poems were a highly competitive selection process where members of the public submitted poems as part of a public competition and one was selected, then later painted onto the bottom of each mural.  Typically the winning entrant would be paid $25 for the use of the jingle and often the event made the local newspapers.

This salvaged fragment depicts a banjo playing bovine with her beautifully colored cooking attire hoofing away on the strings.  The included four watercolors were drawn by Grell during this period and also adopted into the 1940 ad for the Pick-Ohio in Dayton.  It is estimated by the Foundation that as many as sixty Purple Cow murals were imagineered by Grell.

The four watercolors are part of Louis Grell family collection