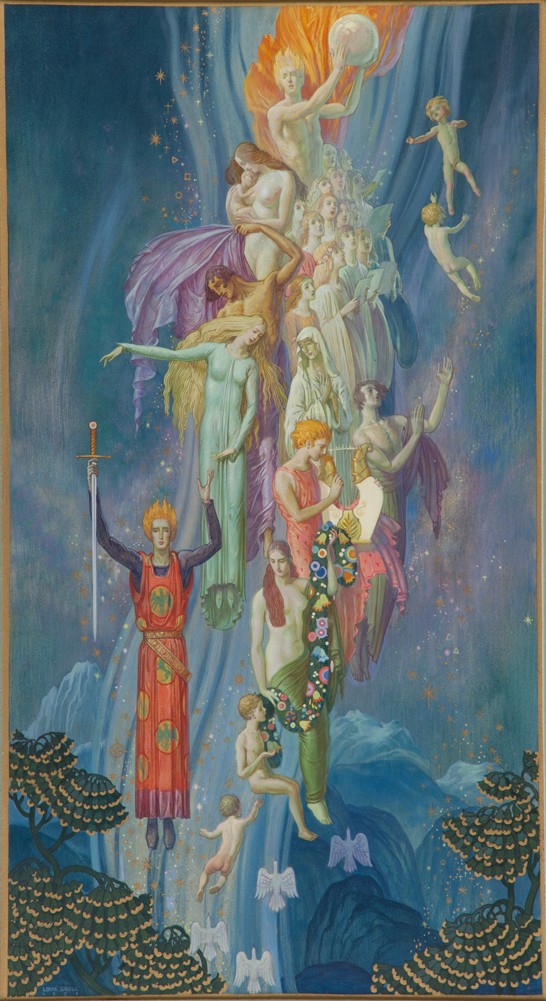 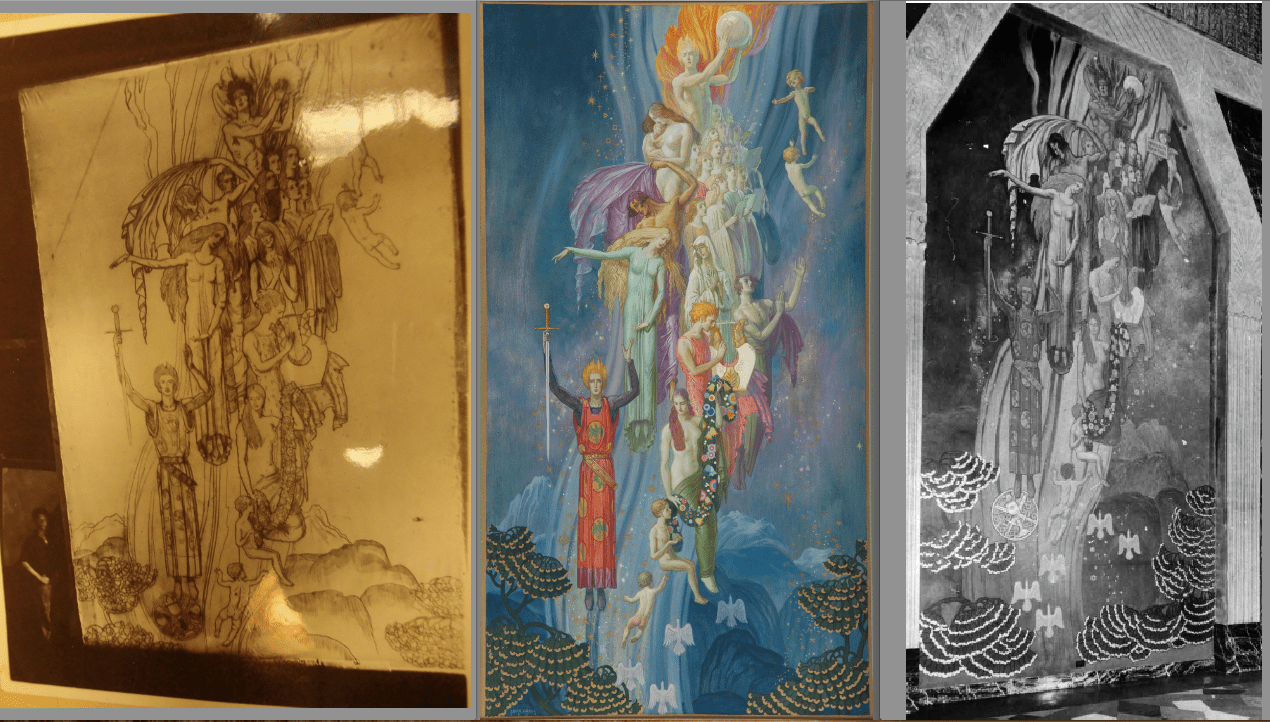 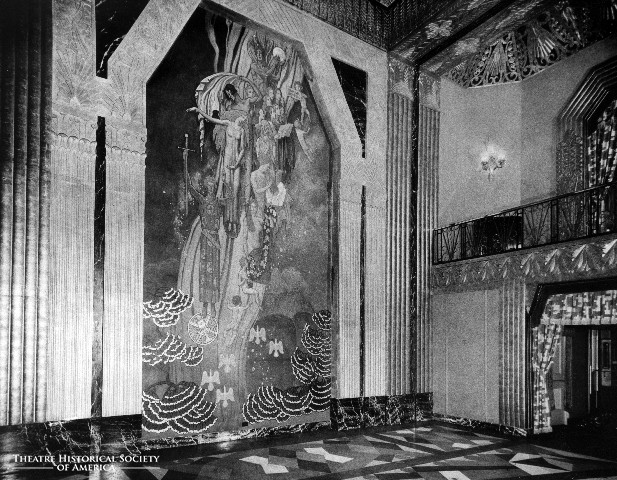 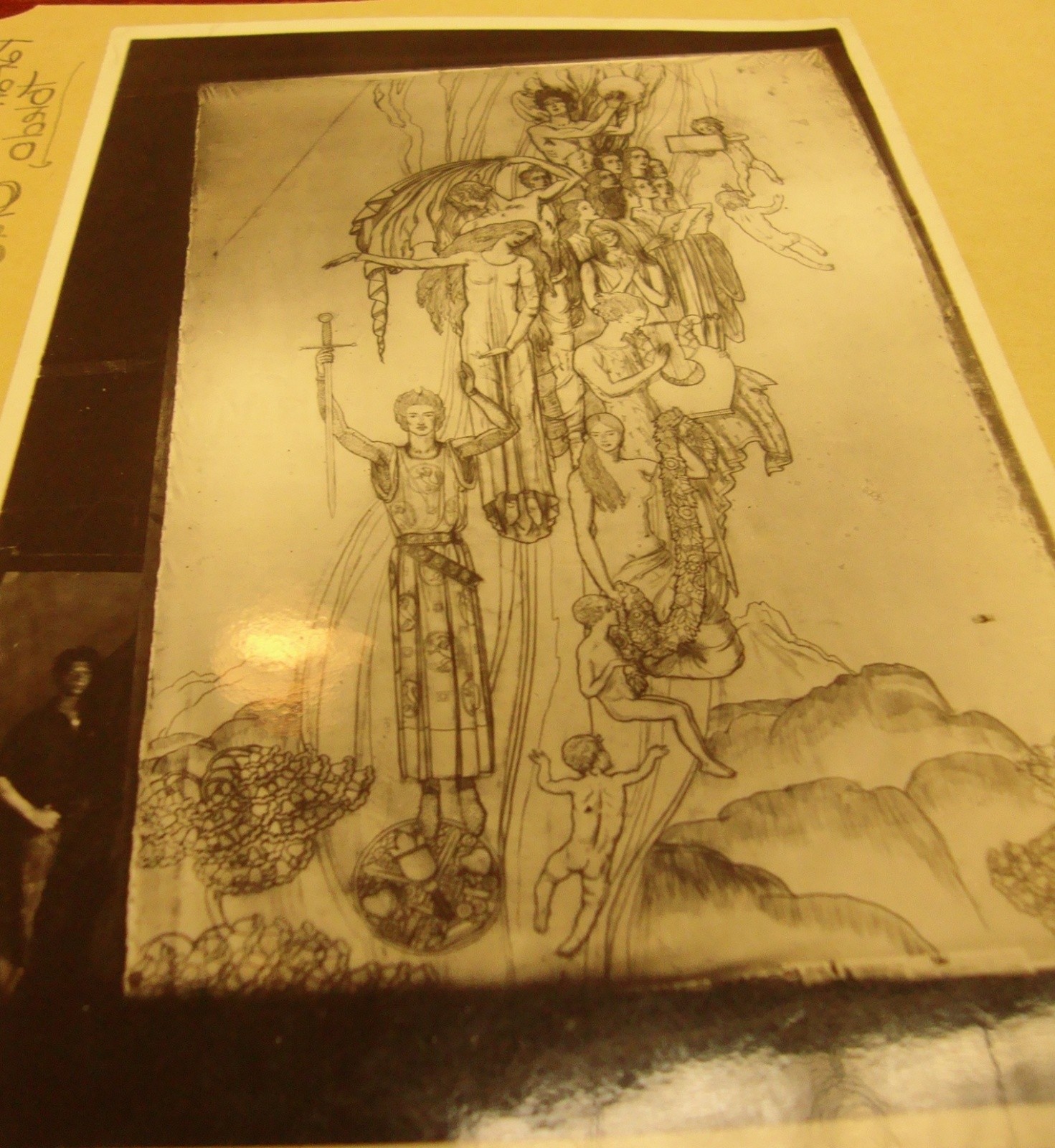 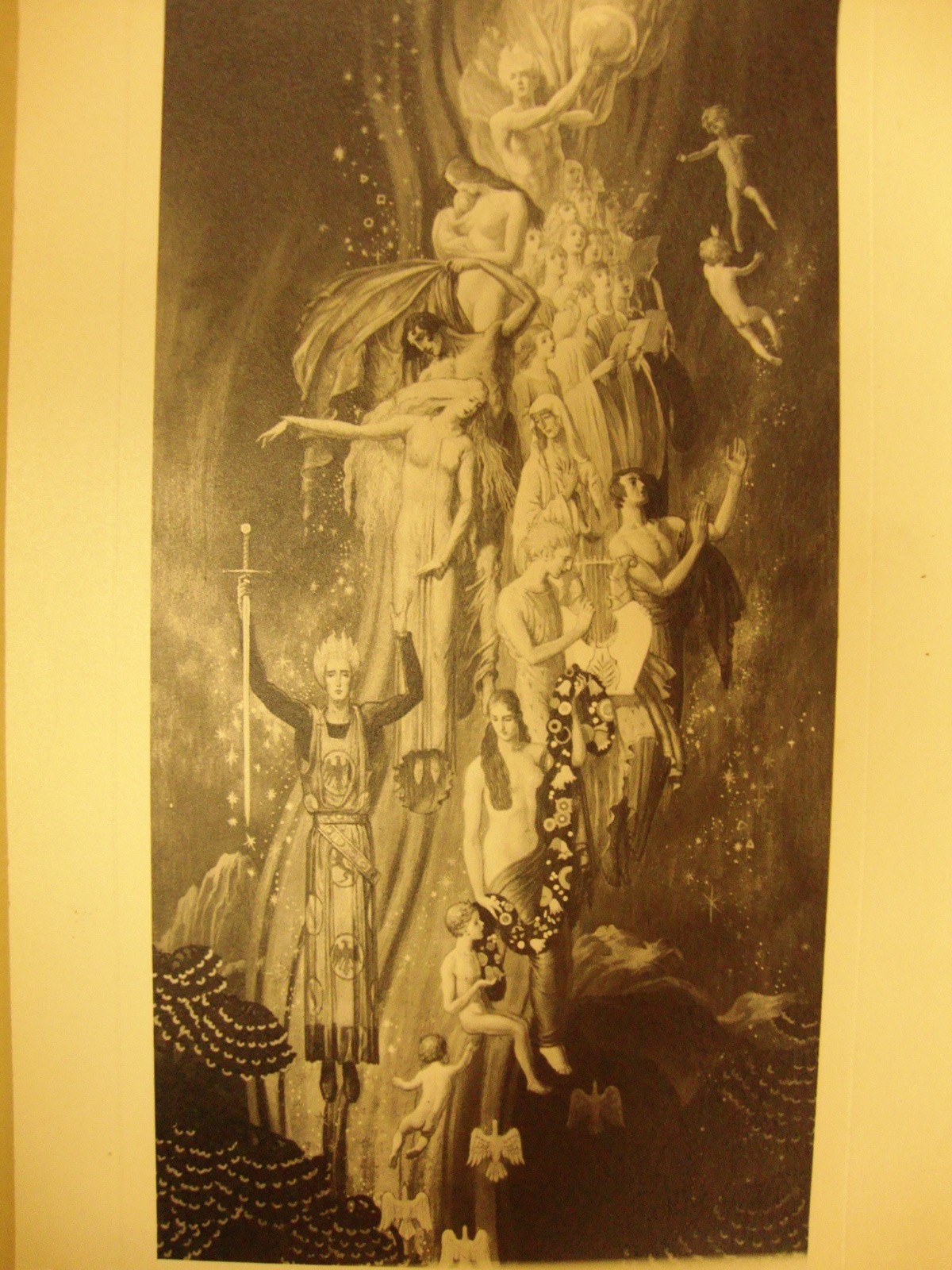 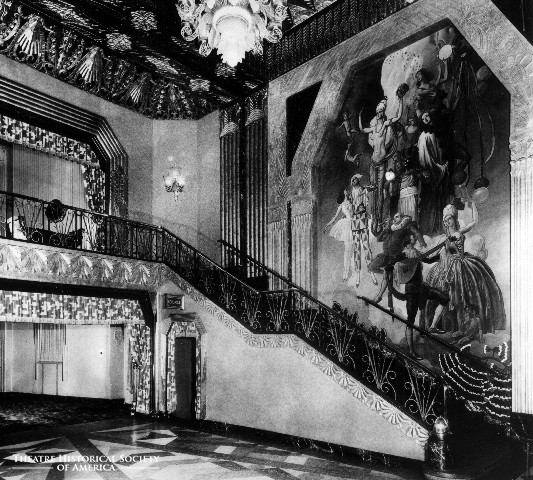 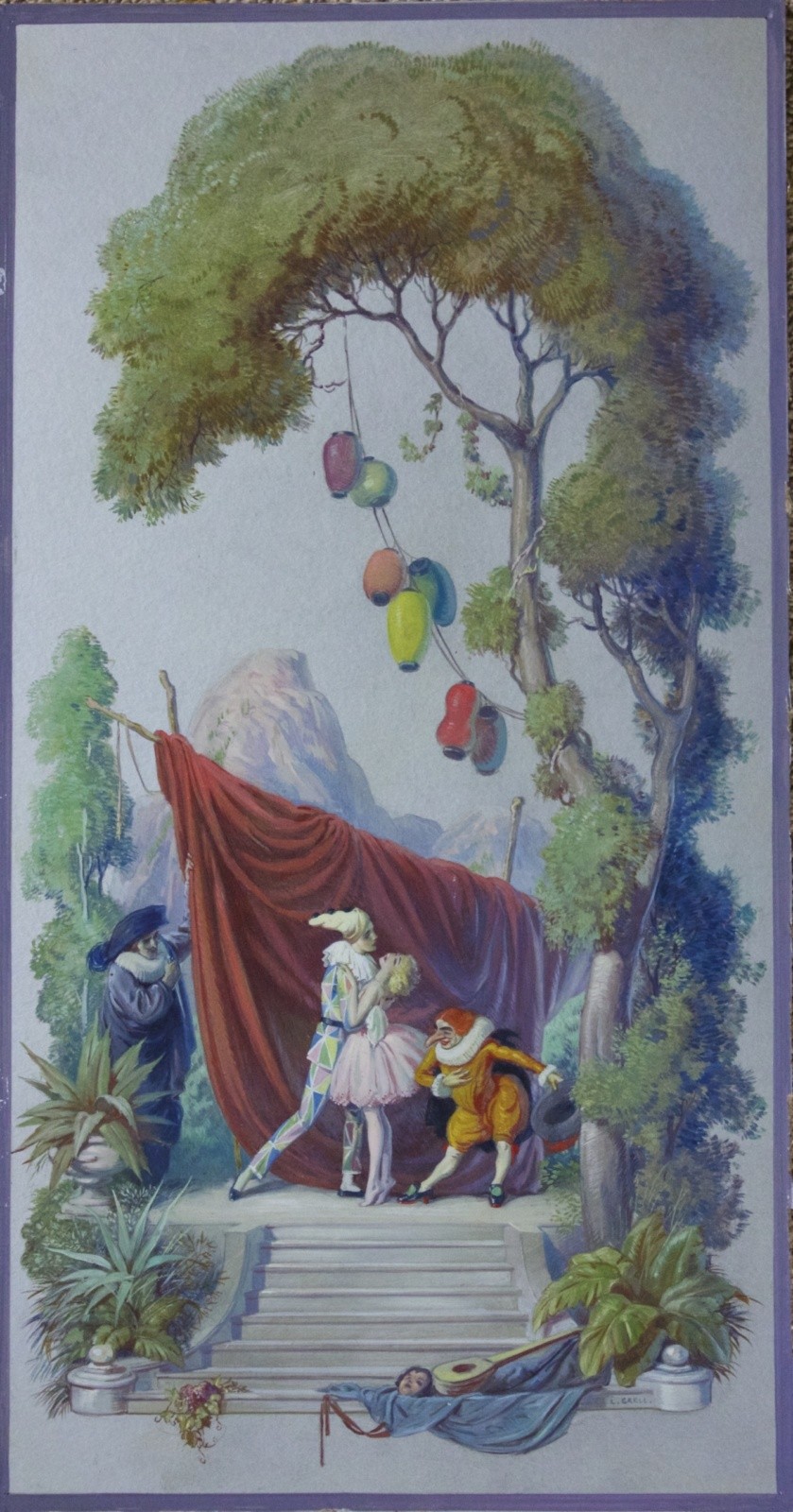 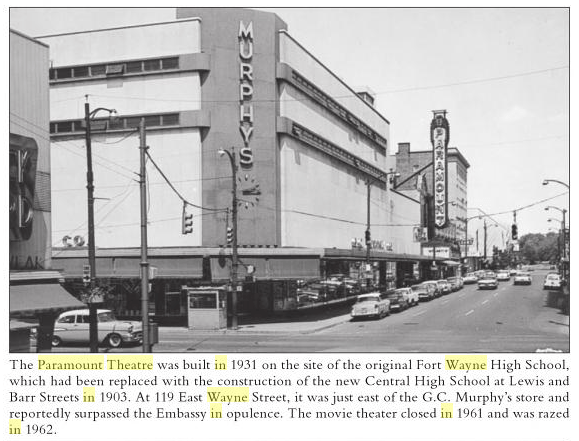 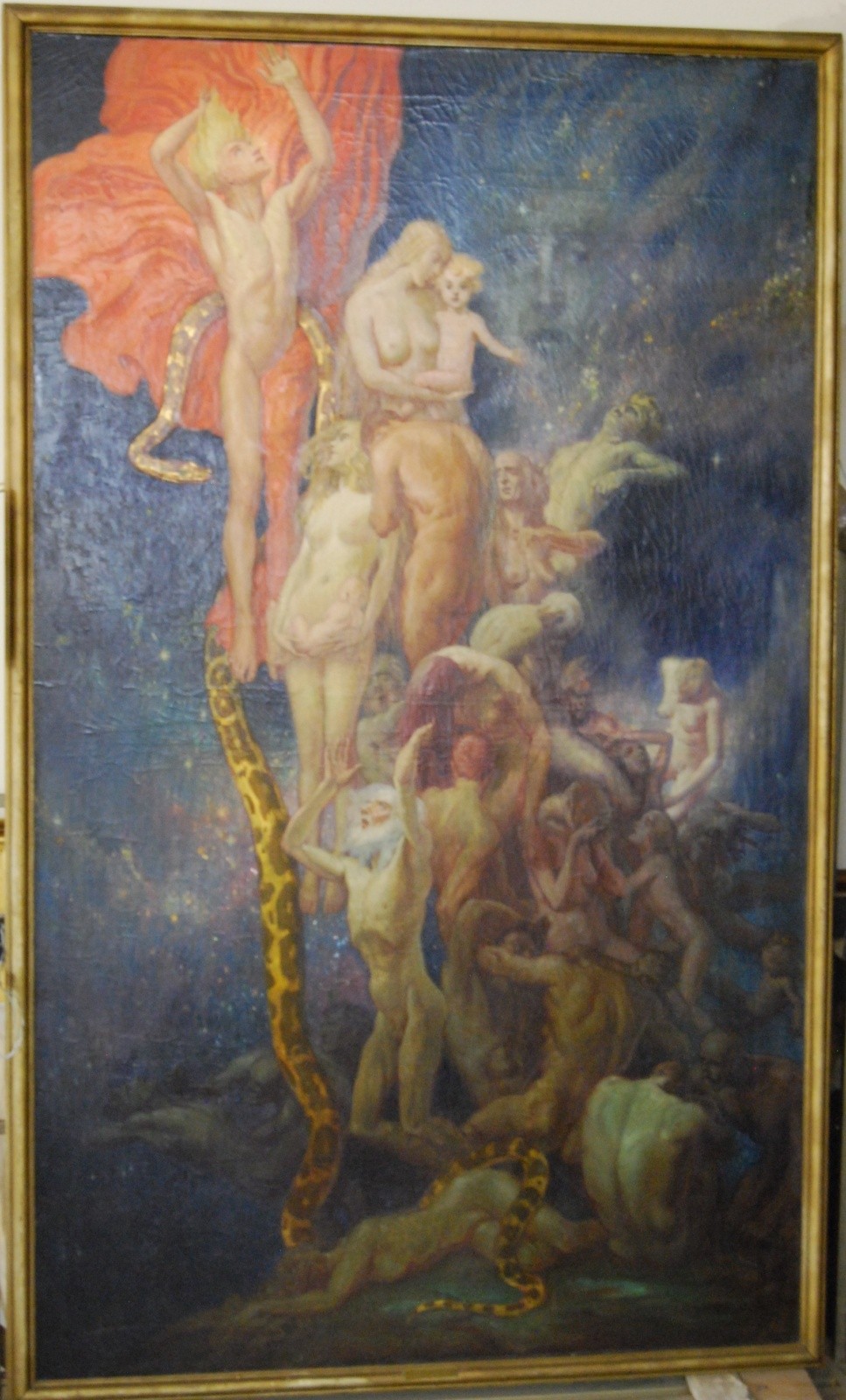 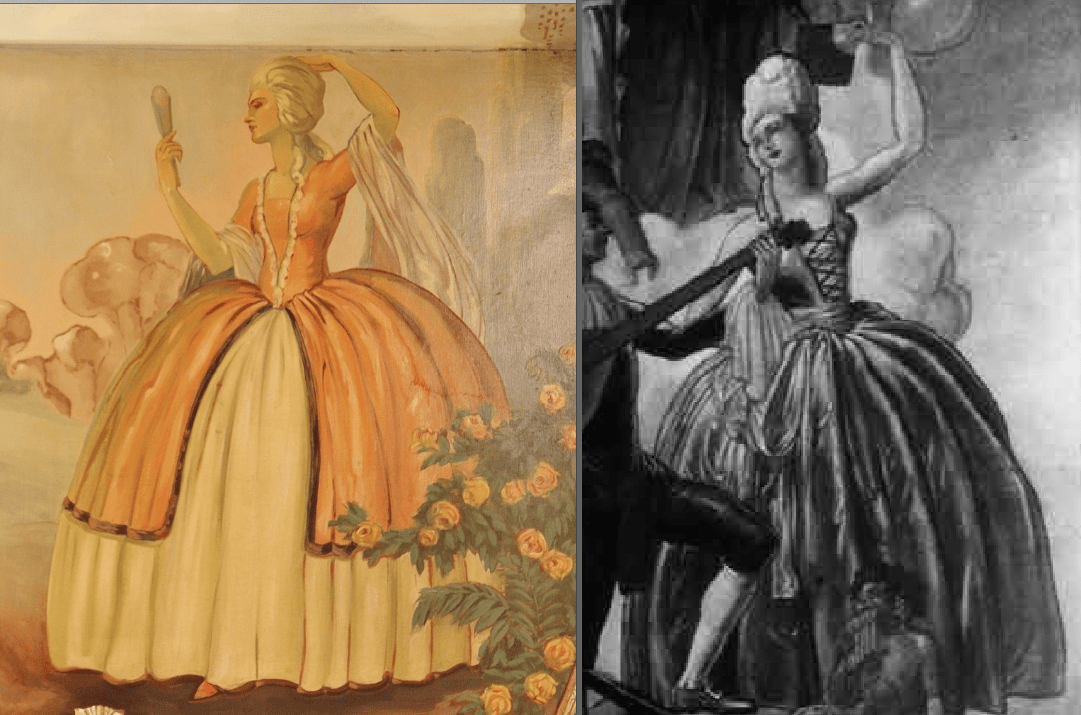 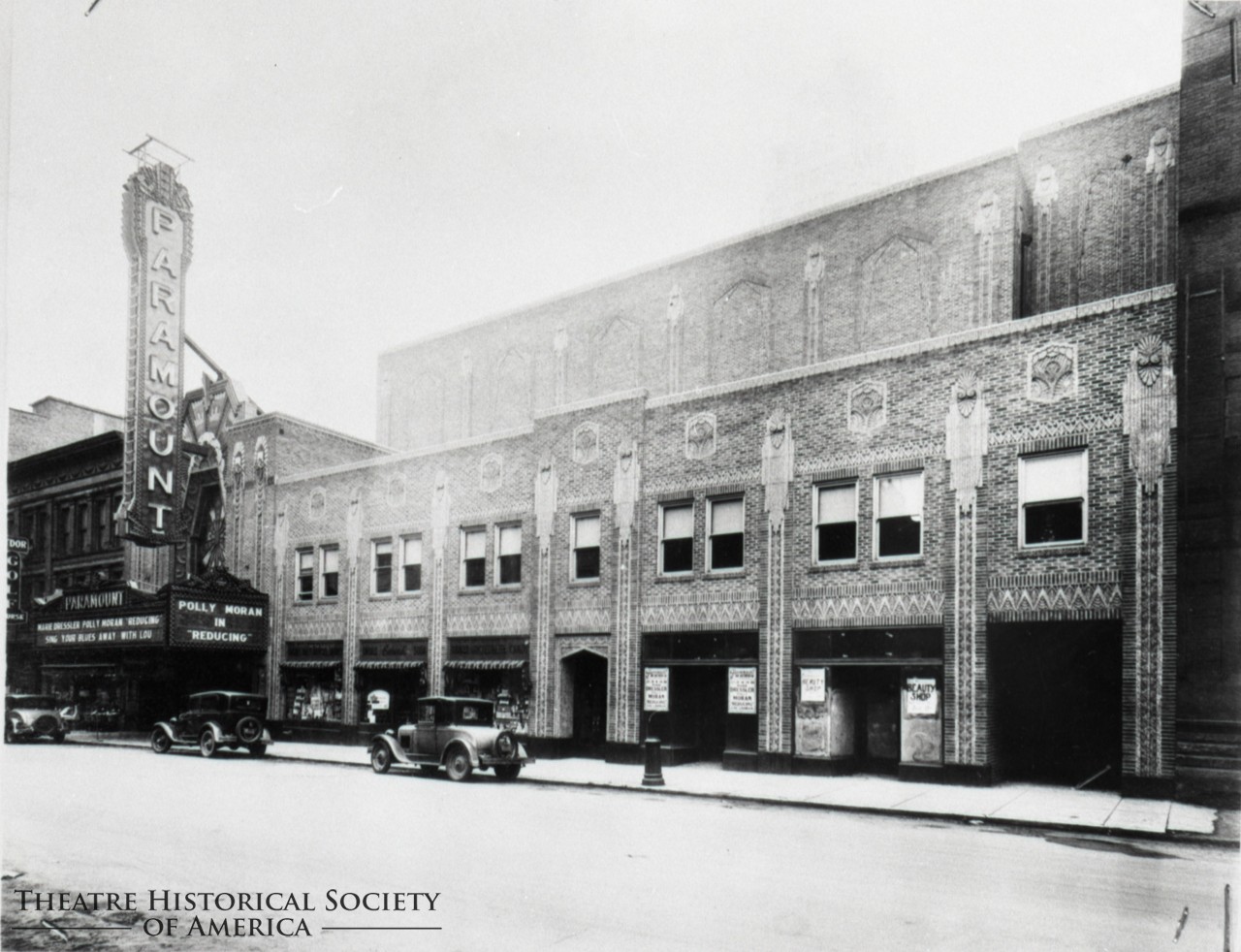 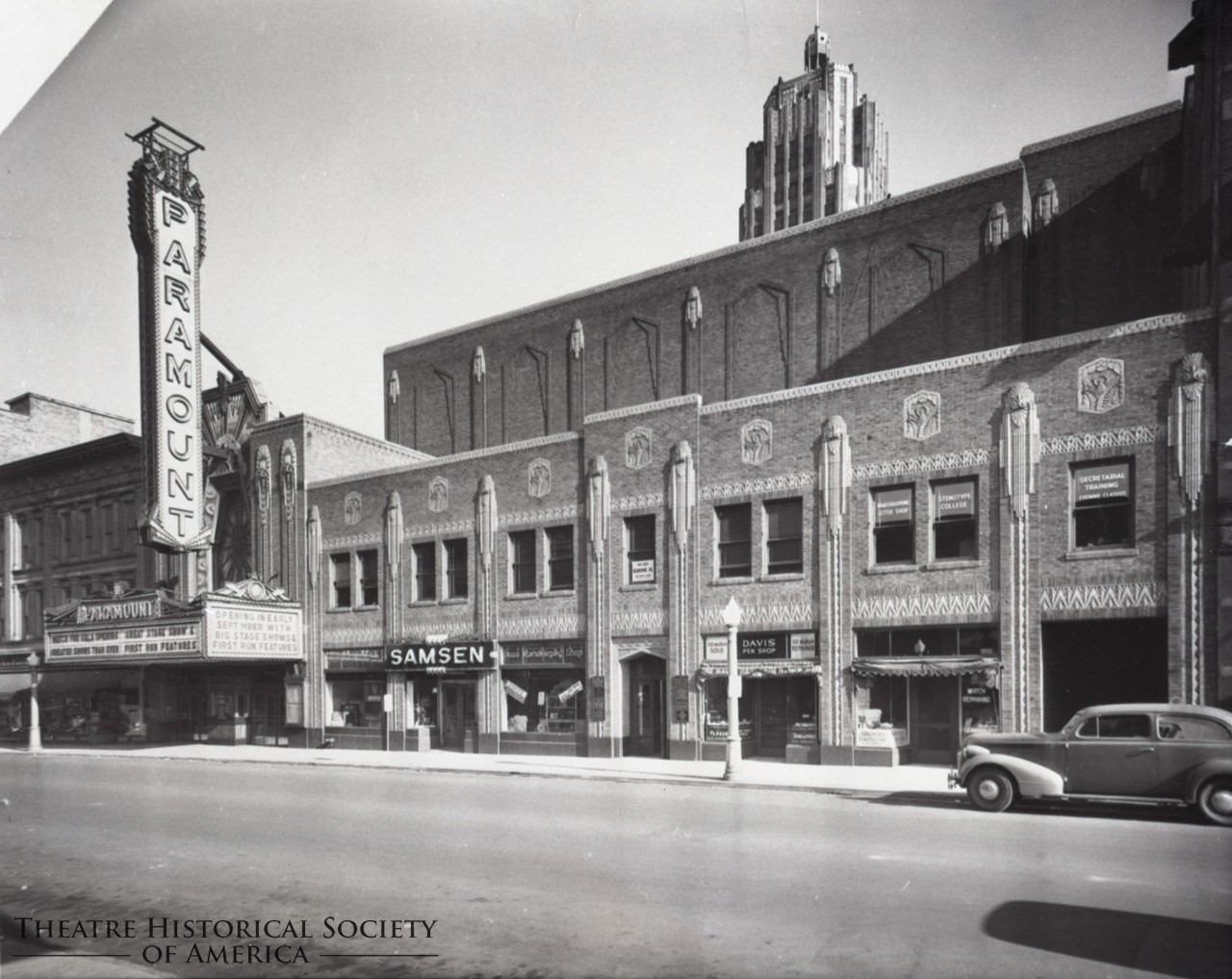 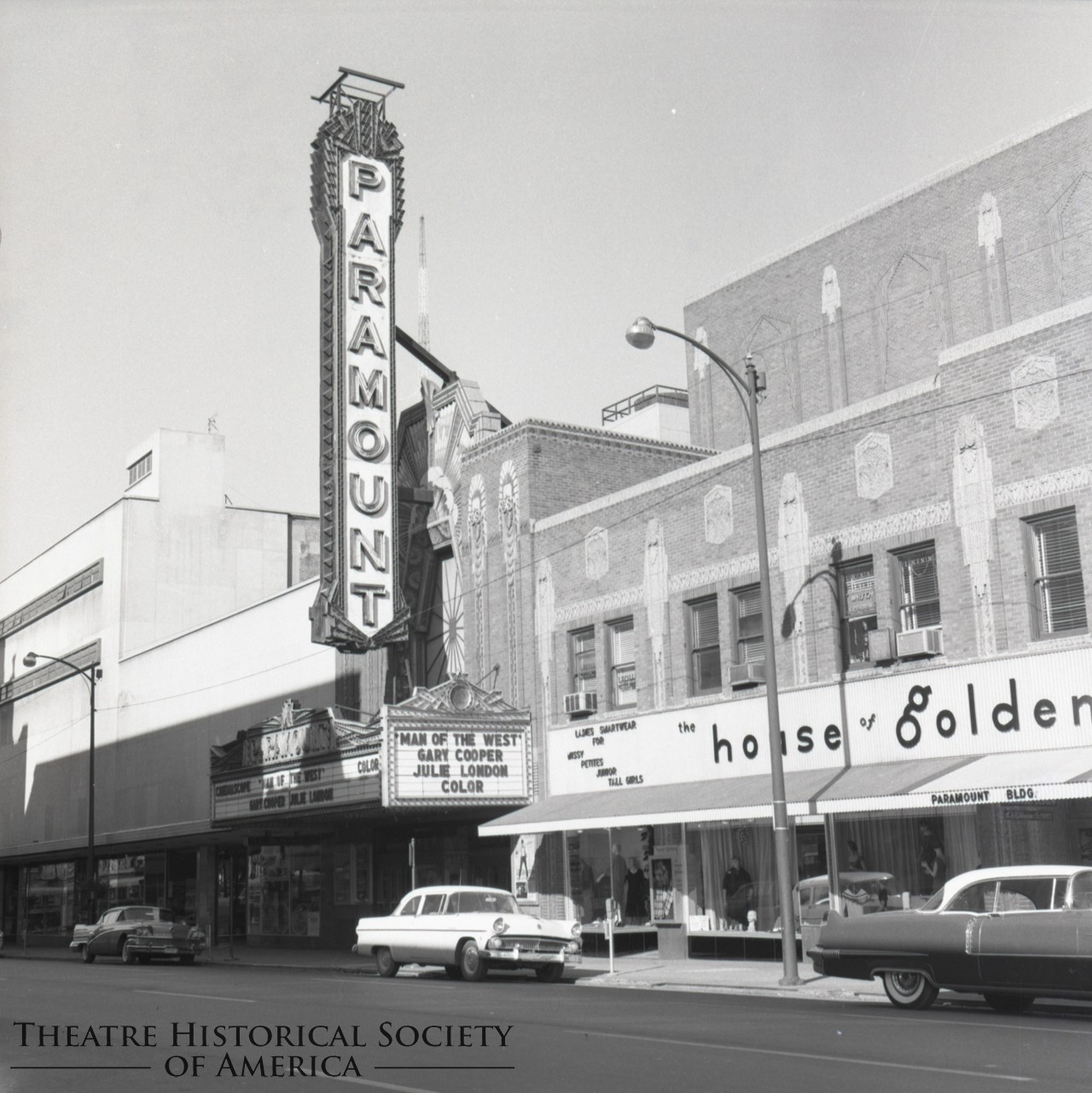 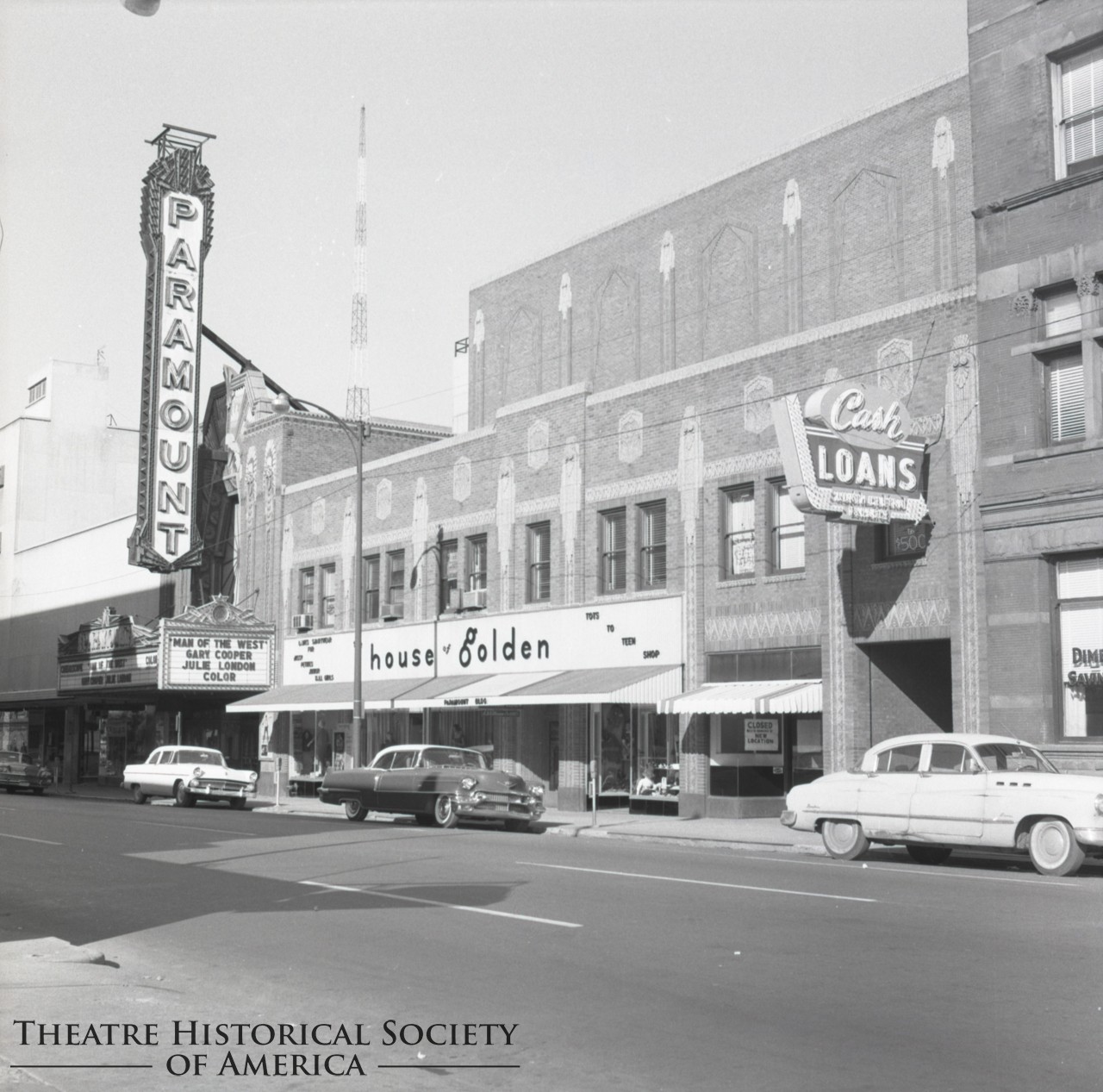 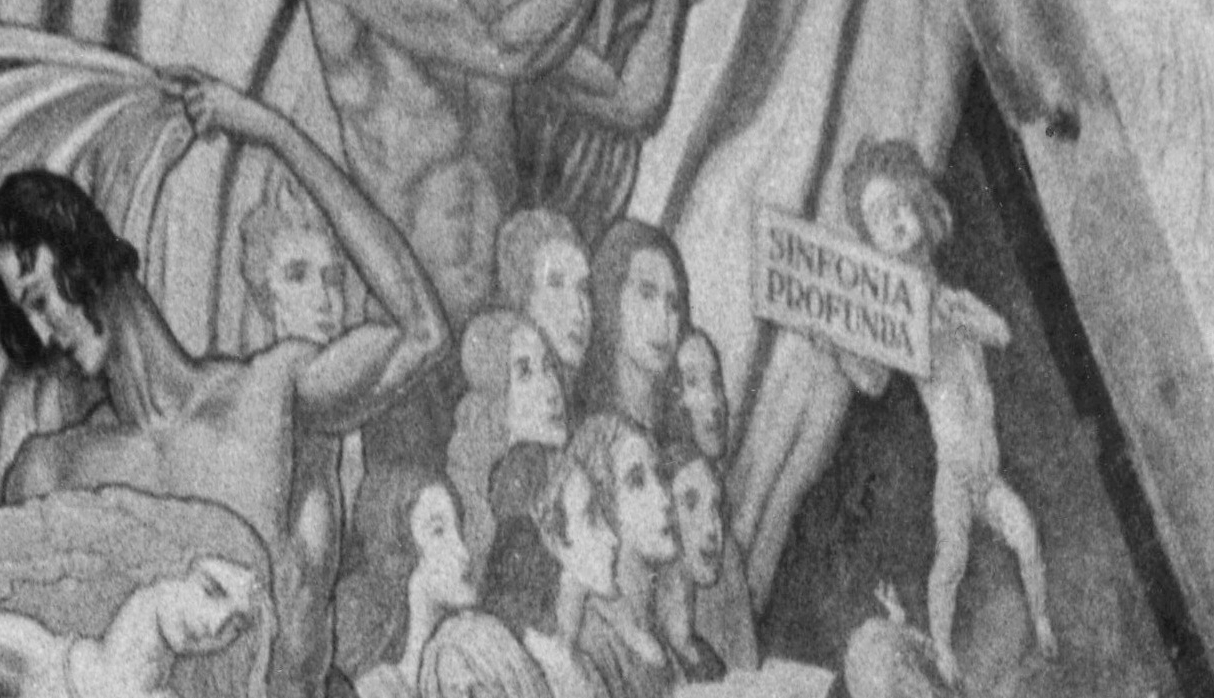 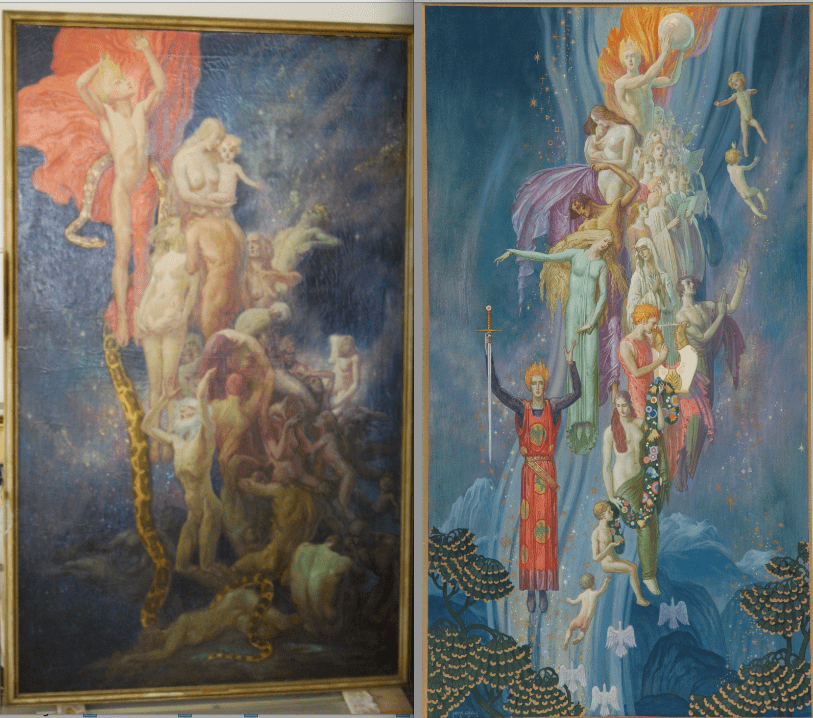 The Ft. Wayne (IN) Paramount Theatre opened on October 3, 1930 and had two very large Grell murals located in the grande lobby.  A closer examination of the left mural has revealed a possible title; Sinfonia Profunda or profound symphony in Greek as indicated by the small sign the child is holding in the upper right section.  The second large mural was architecturally installed onto the stairway right wall leading up to the mezzanine level of the auditorium and portions of which have striking similarities to a drawing by Grell titled Harlequin and Shakespeare.

A black & white reproduction of the finished left mural and sketch can be found in Grell’s artist file at the Art Institute of Chicago, Ryerson and Burham Library folder for the Toledo Paramount Theatre – which is mislabeled.  This drawing is featured on the Illinois Historical Art Project website and is very similar to Grell’s award winning Destiny large painting from 1928 (Harry Frank prize, Art Institute of Chicago, 1930).  The sketch was approximately 30 feet tall as can be estimated by Grell’s assistant standing next to it and the photographs of the finished mural.  Grell had as many as 8 art assistants helping him on his large mural projects.

Thanks to the Theatre Historical Society of America, Pittsburg, PA, we now know that a version of this mural hung in the lobby of the Paramount Theatre, Ft. Wayne, IN.  Since the Ft. Wayne Paramount Theatre opened in 1930, Grell must have done versions of this piece for other locations since this watercolor is signed 1932 or it was simply a record of this 1930 project done in 1932.  Close examinations reveal differences in the two versions; i.e. the child is not holding a sign and there is no celestial circle at the feet of the main lower character in red in Allegory Rising.  Harlequin and Shakespeare is held in the LG Foundation collection and is strikingly similar to portions of the right side lobby mural.