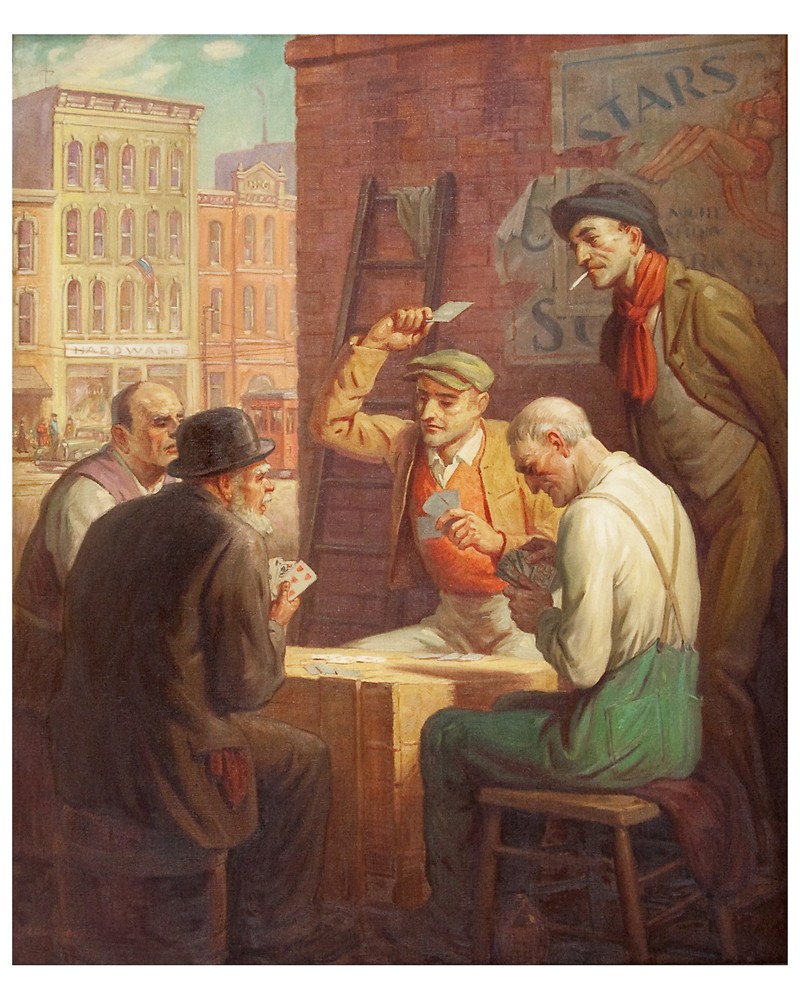 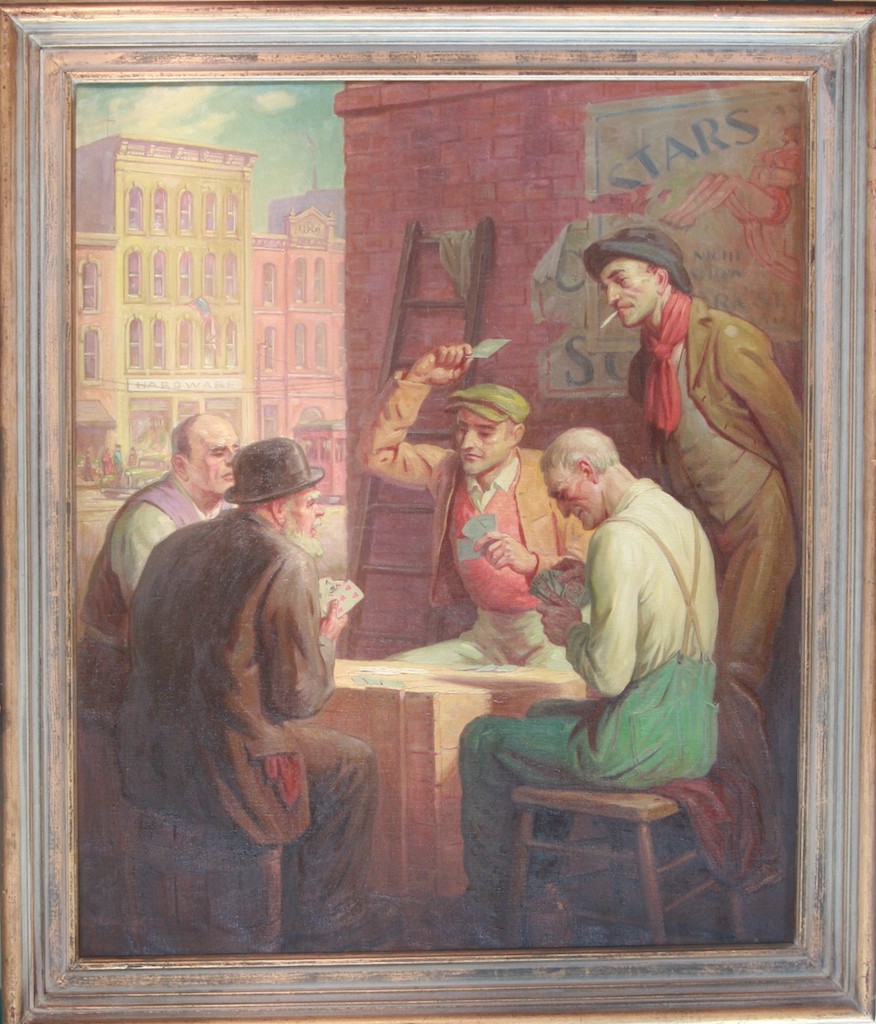 Imagineered by Grell and exhibited at the Chicago Galleries Association in 1951. Grell described the project as follows in a letter home to his sister Helen dated March 6, 1951:

“For the coming exhibition at the Chicago Galleries I have just finished a painting called Bum Alley.  A picture of a group of vagabonds playing cards on an old box in an alley.  There are so many of these bums always at my door for a handout and I used various types for the composition.  It was fun painting it and I may say I think it turned out pretty good.”

Grell was 63 when he painted this picture.  He remembered their faces and painted them into the Chicago alley scene that he created.