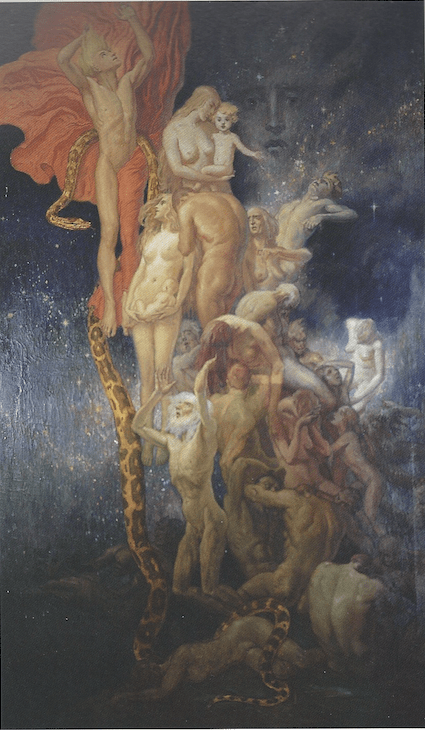 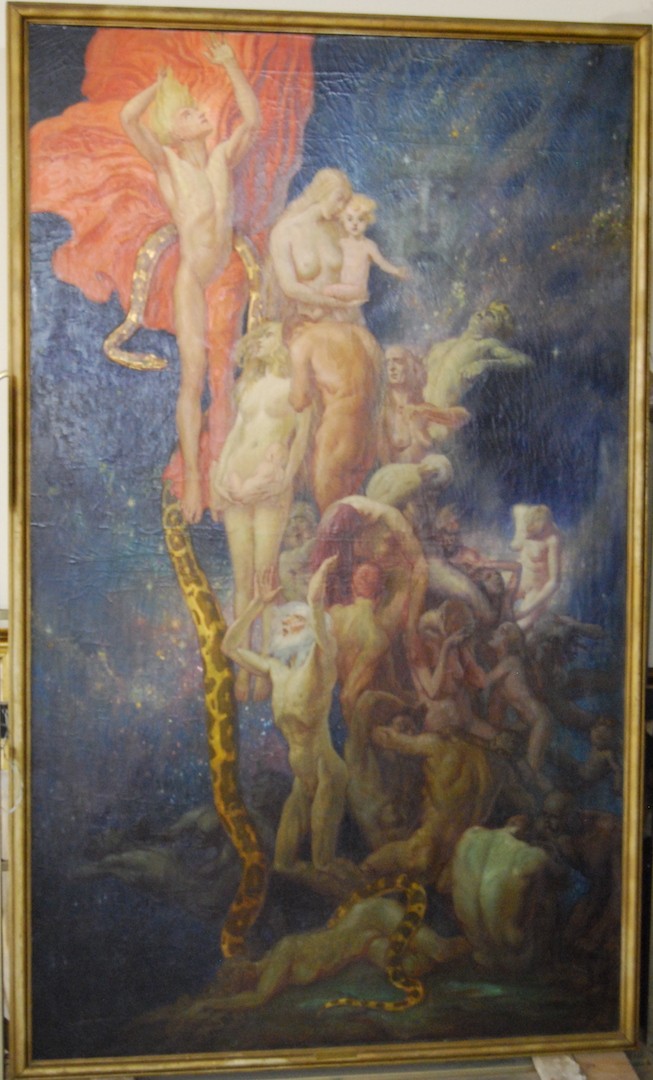 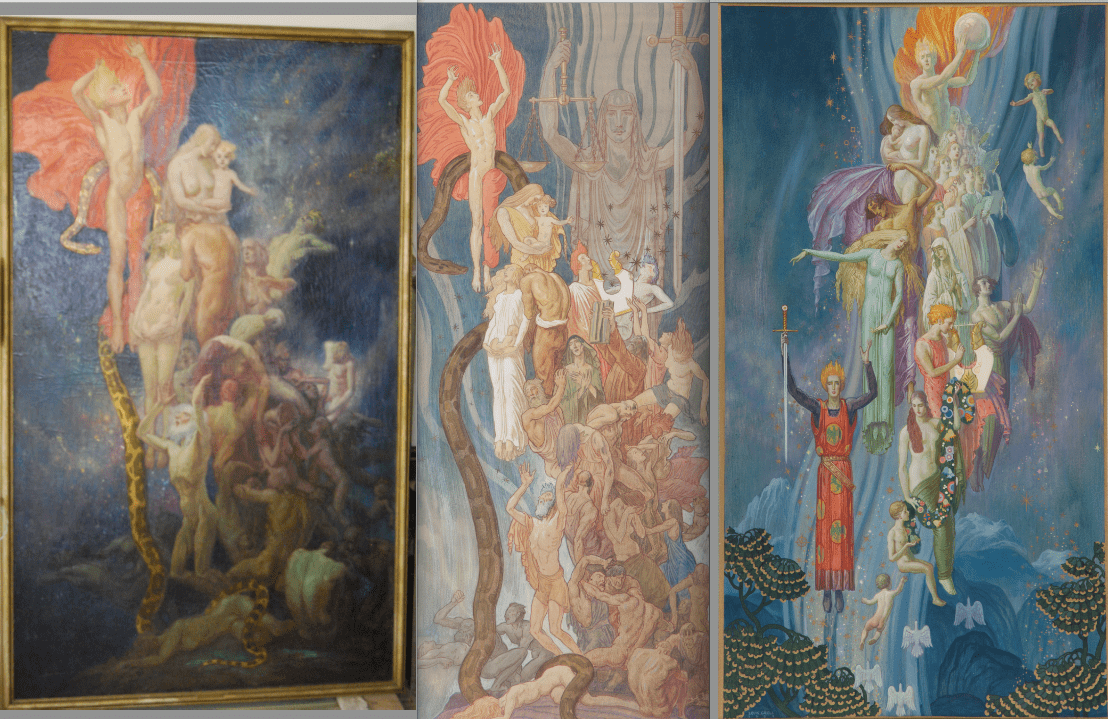 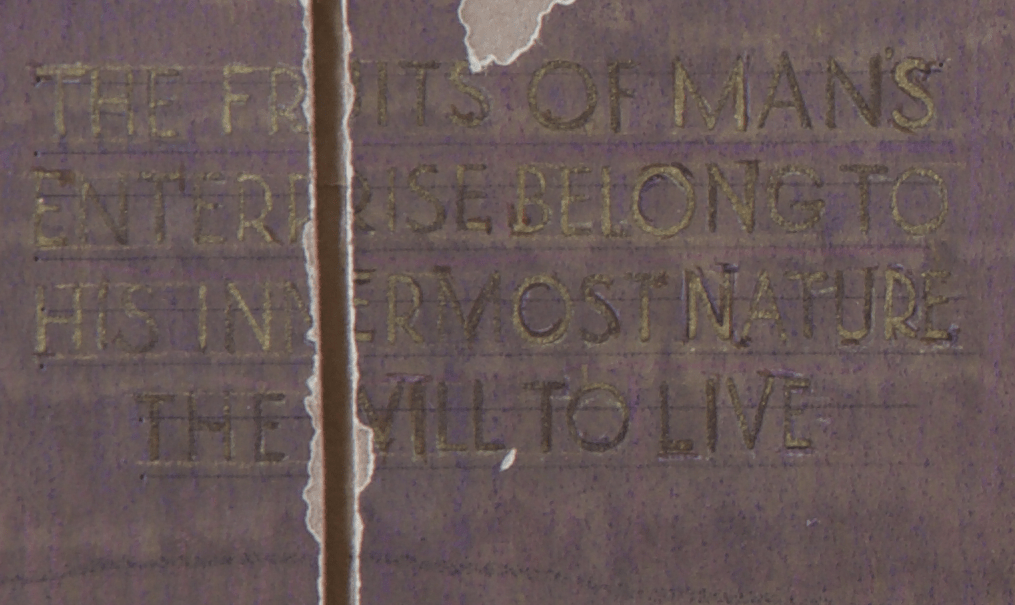 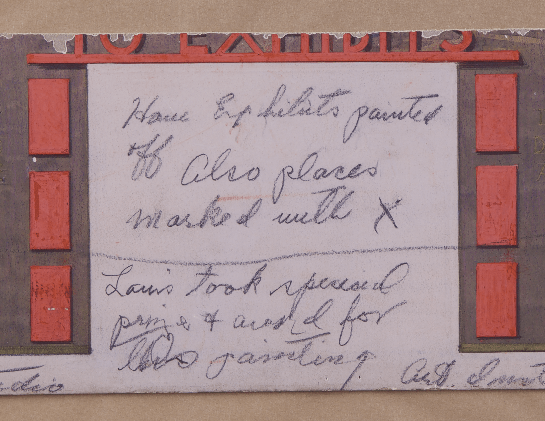 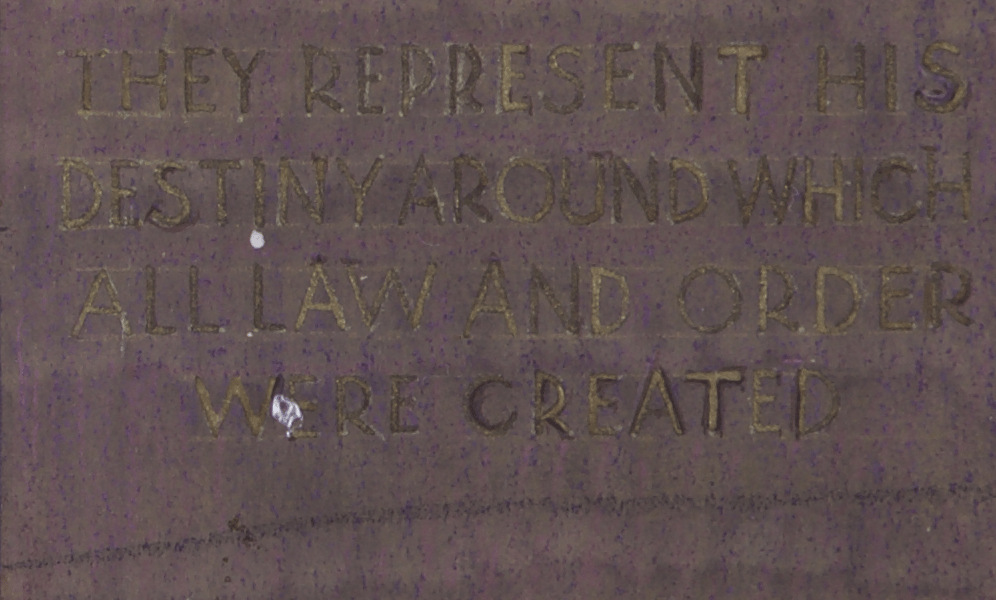 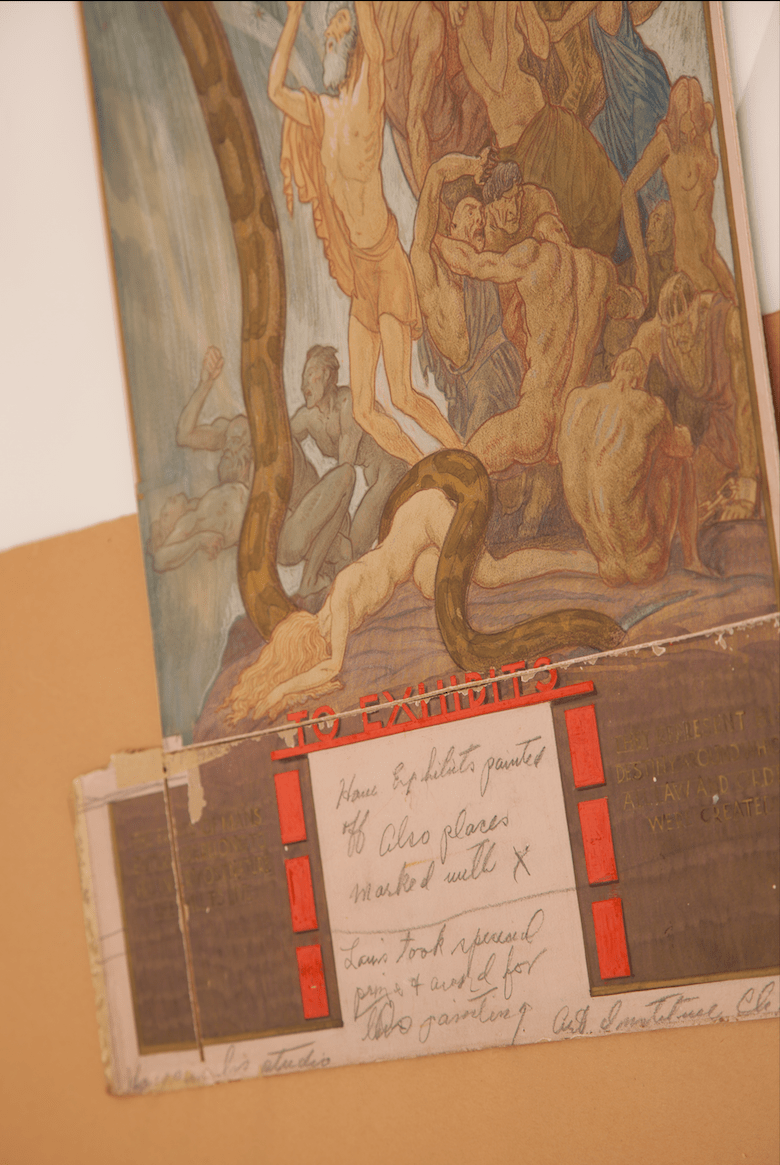 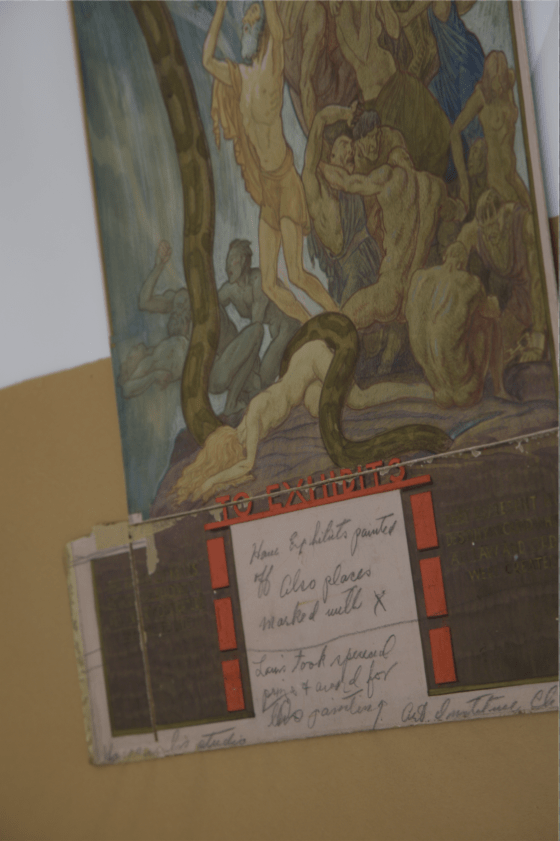 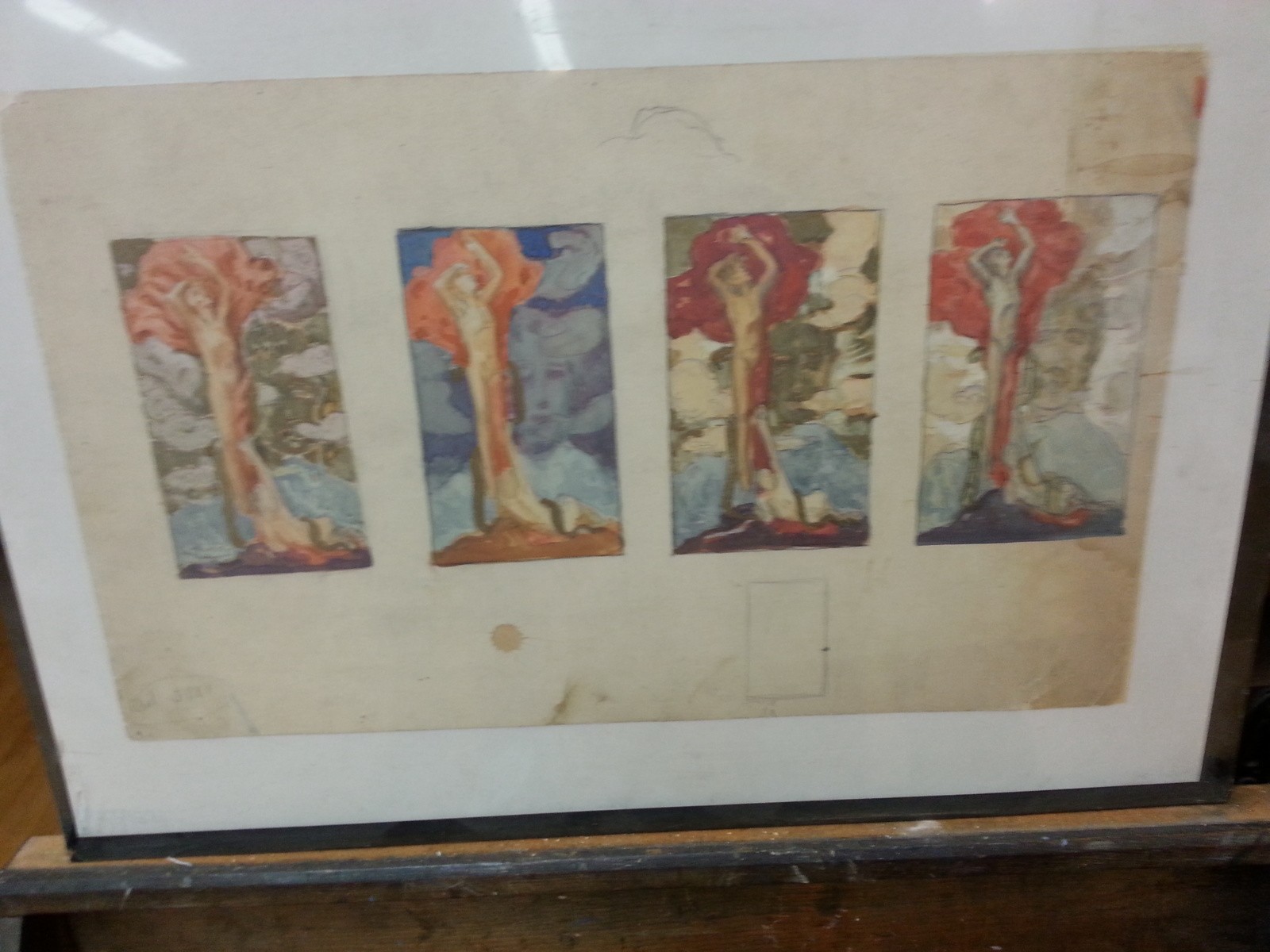 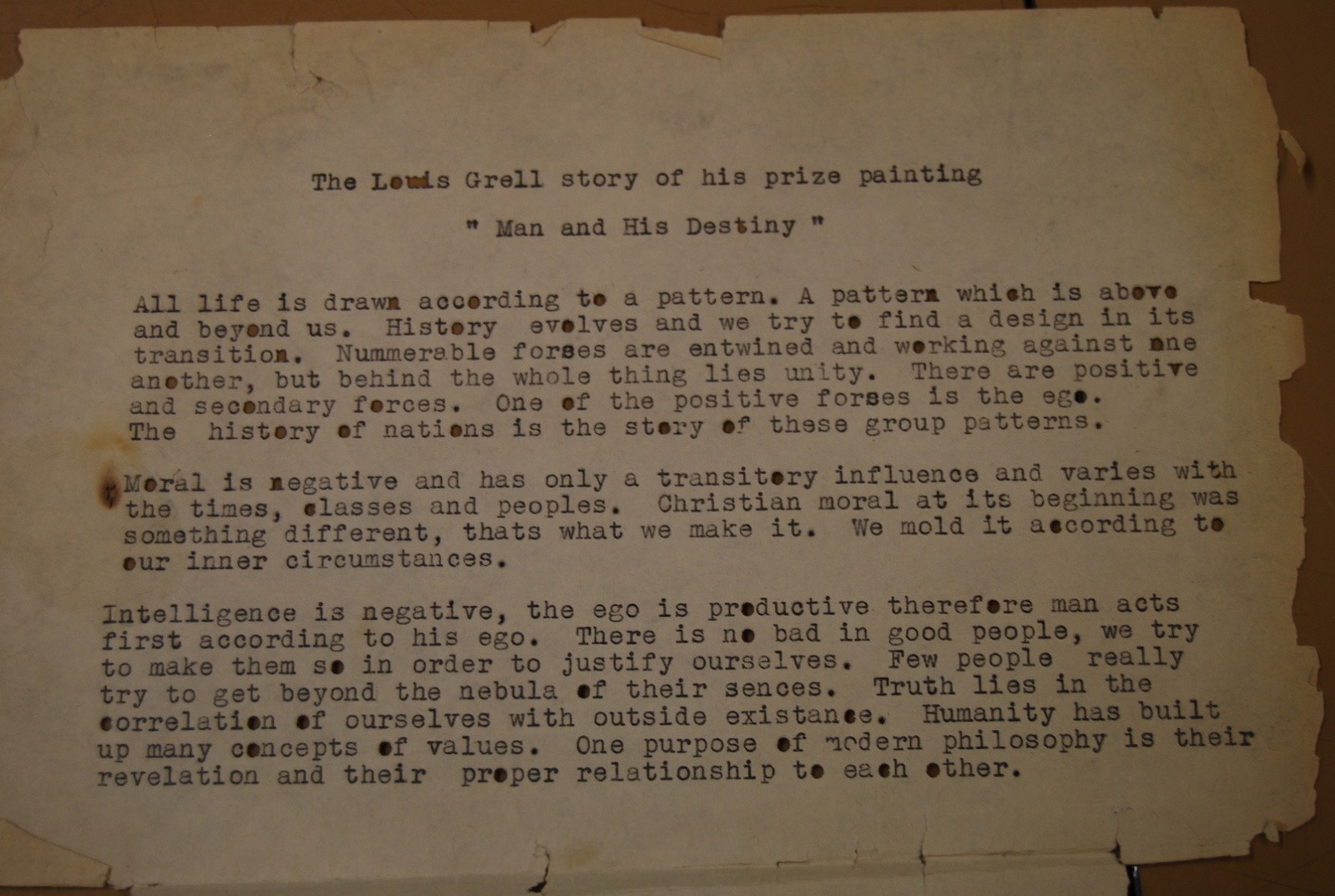 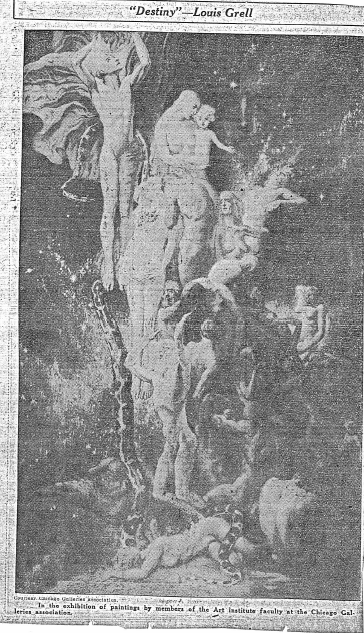 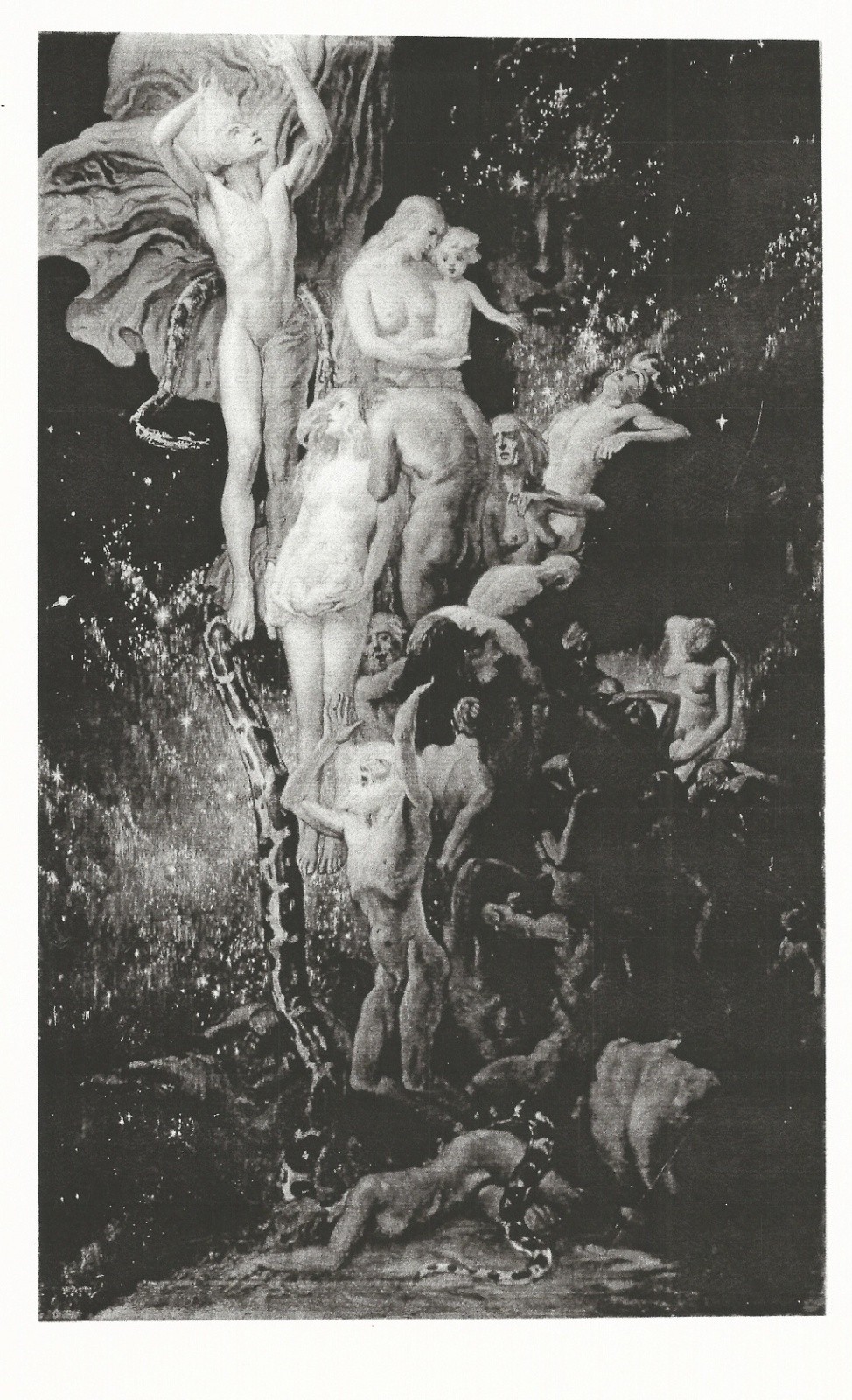 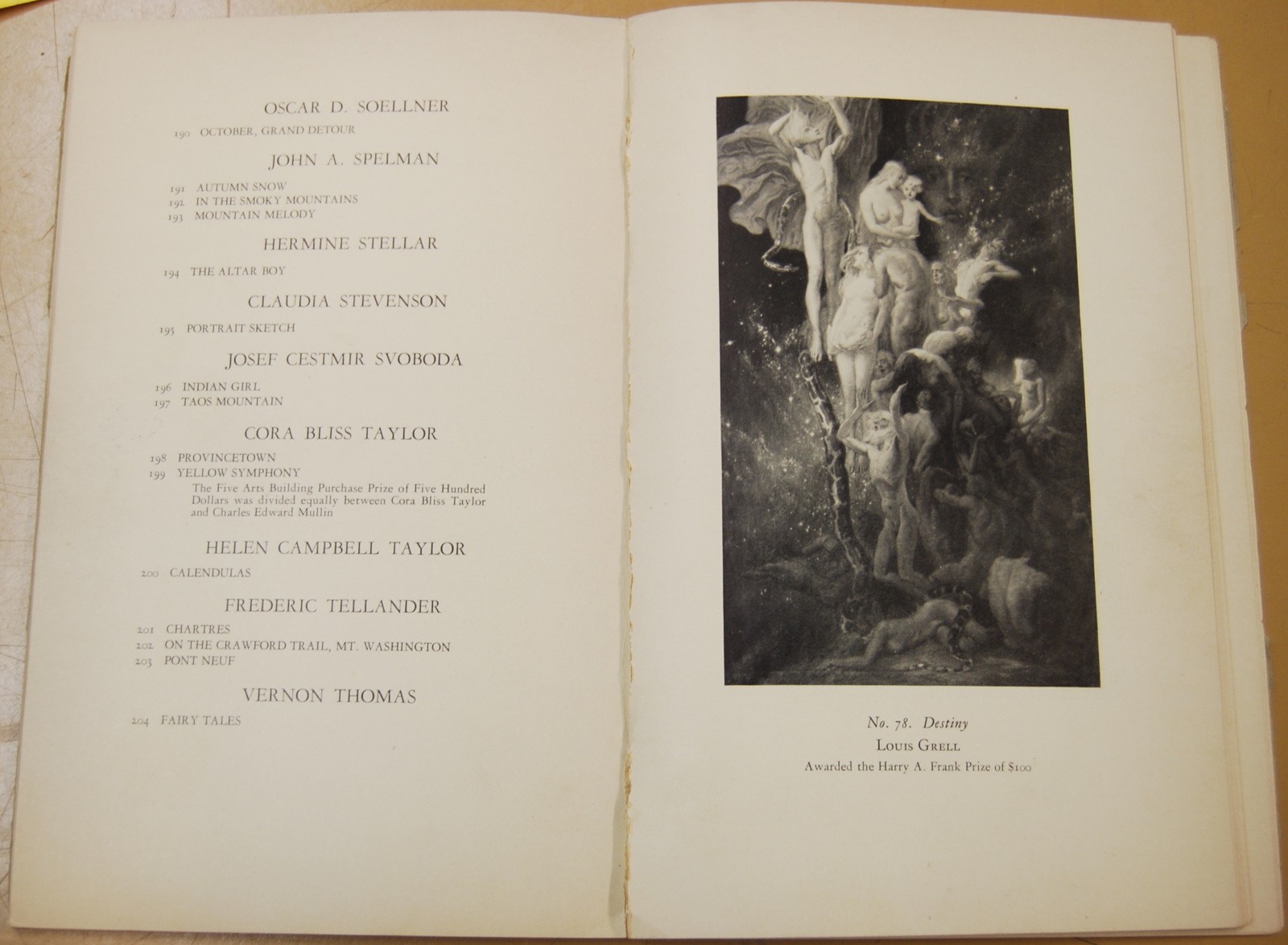 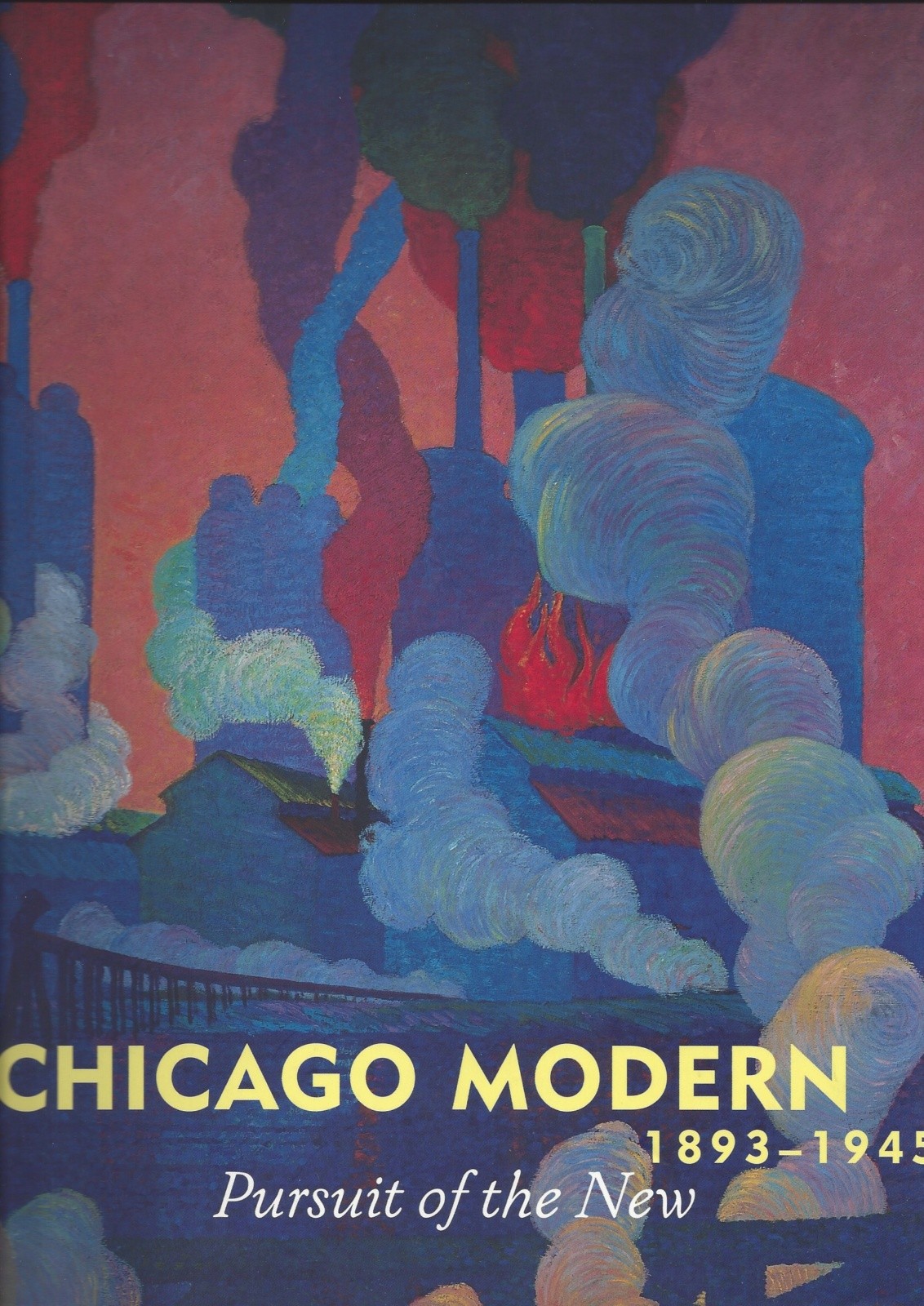 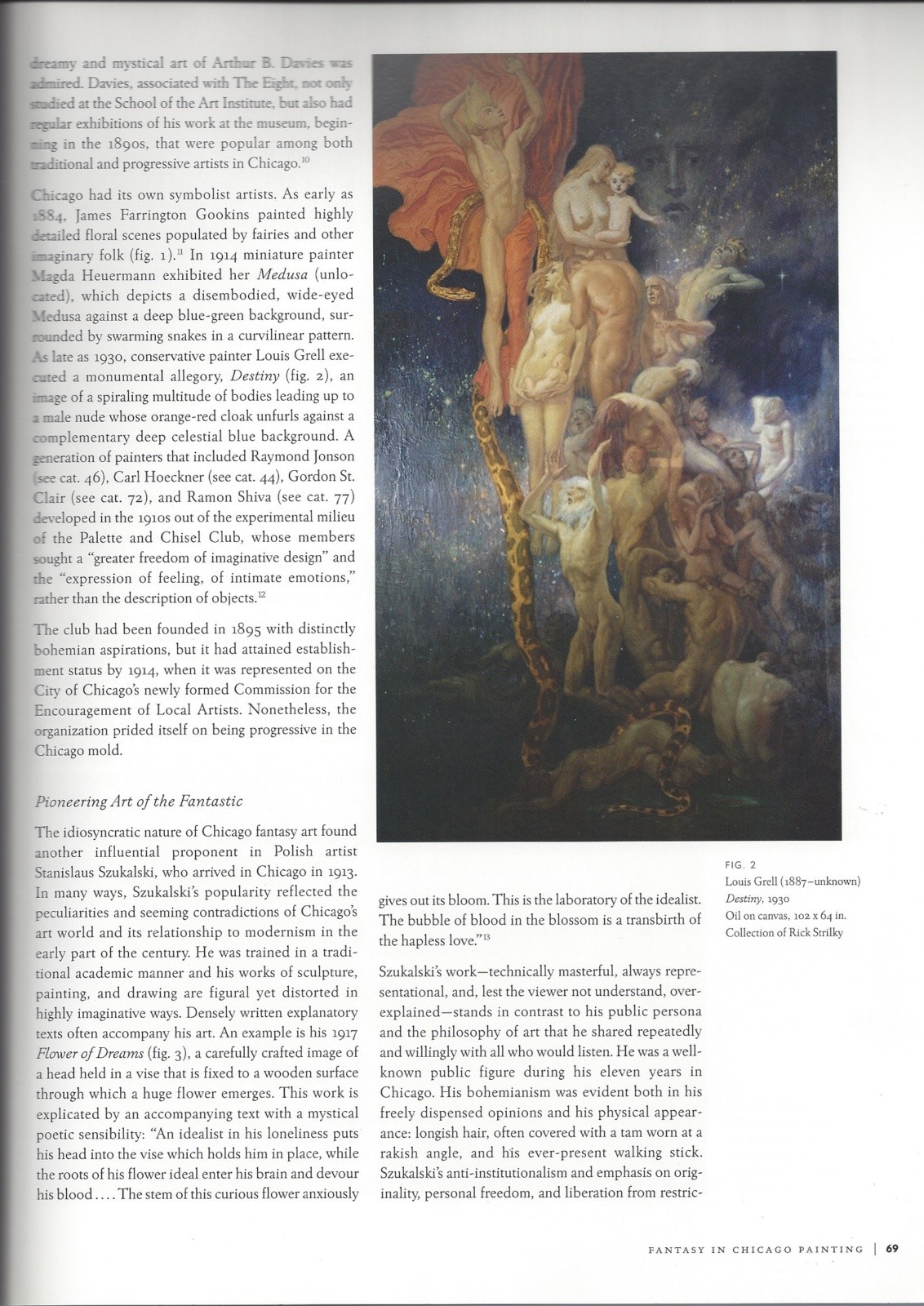 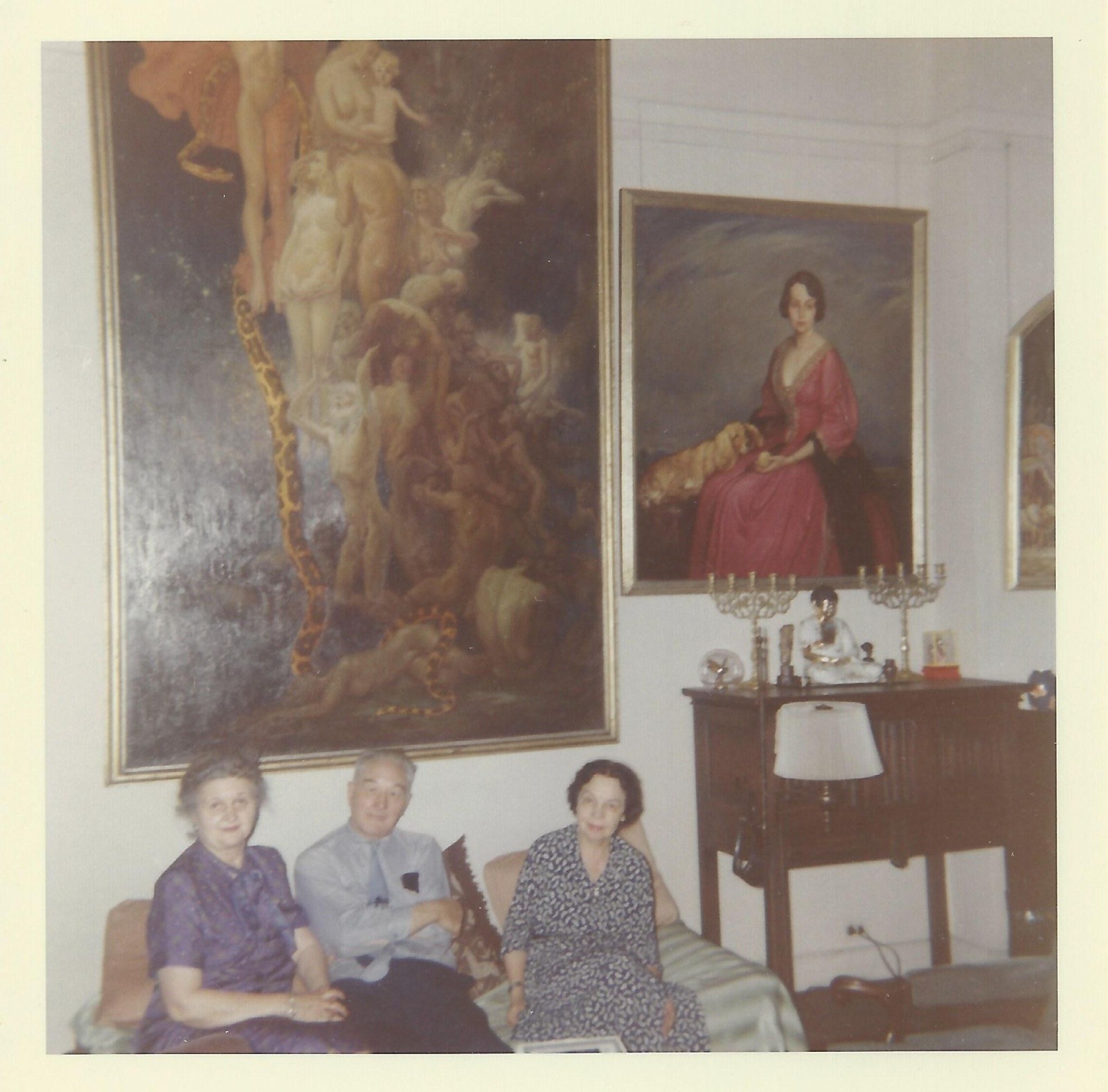 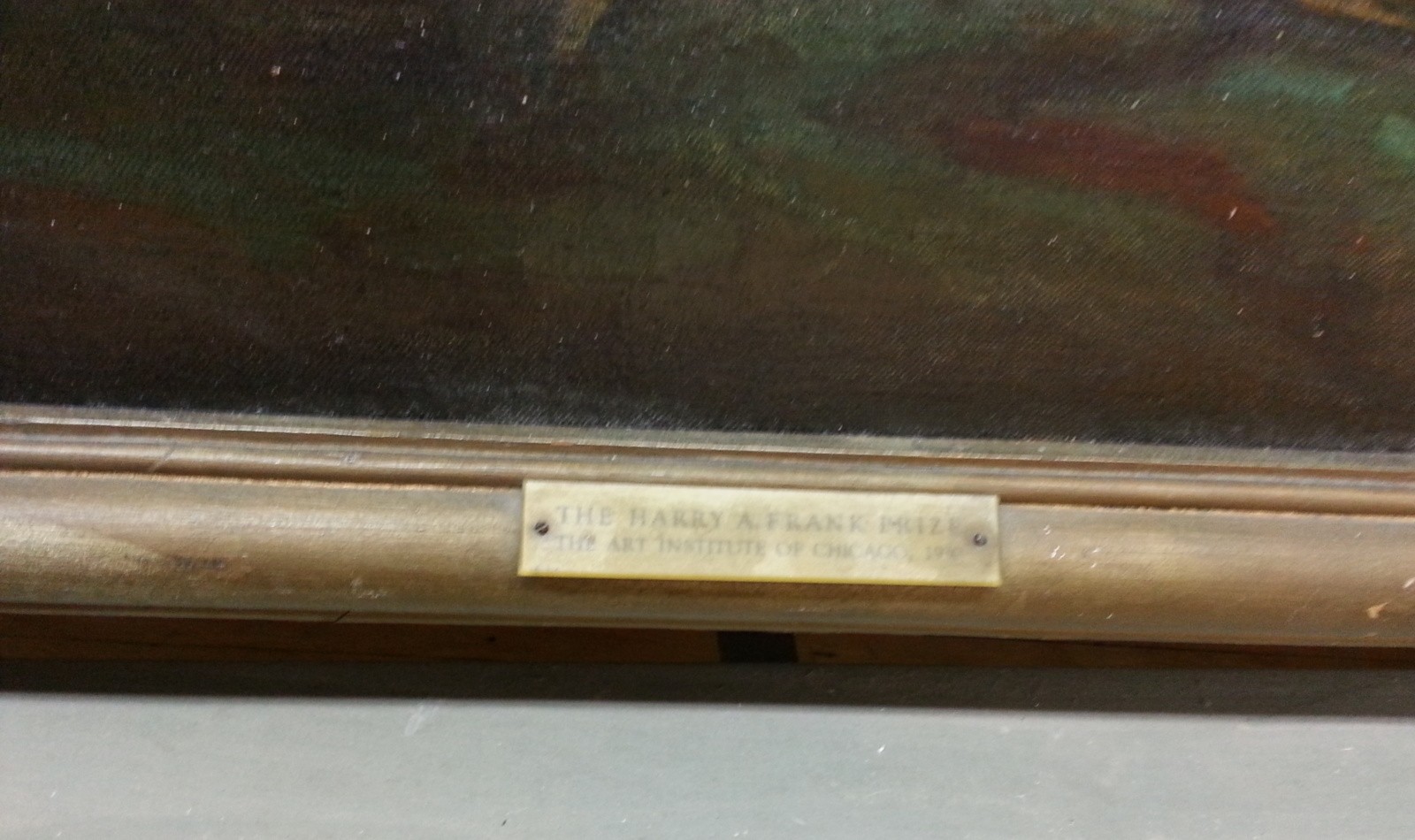 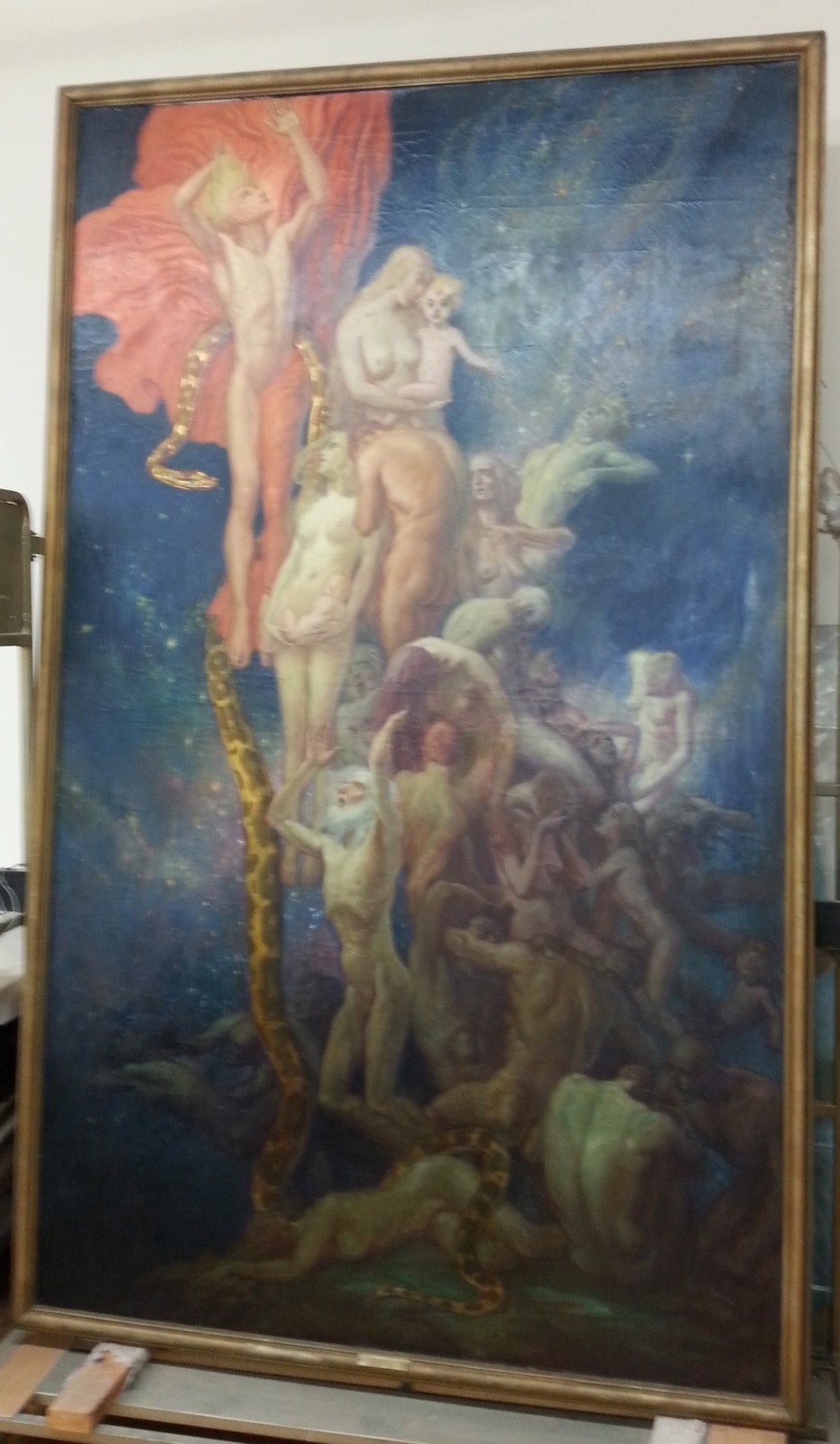 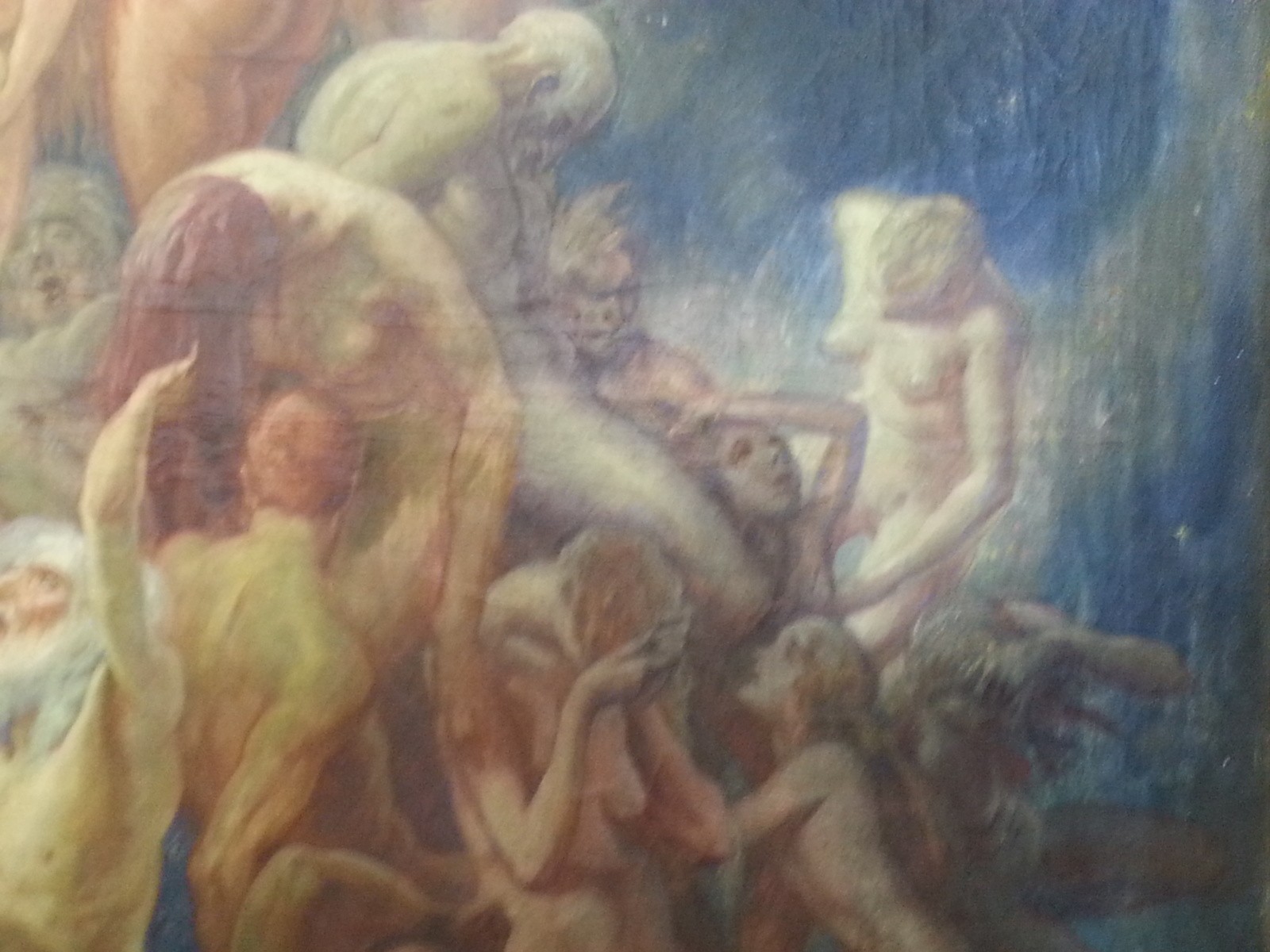 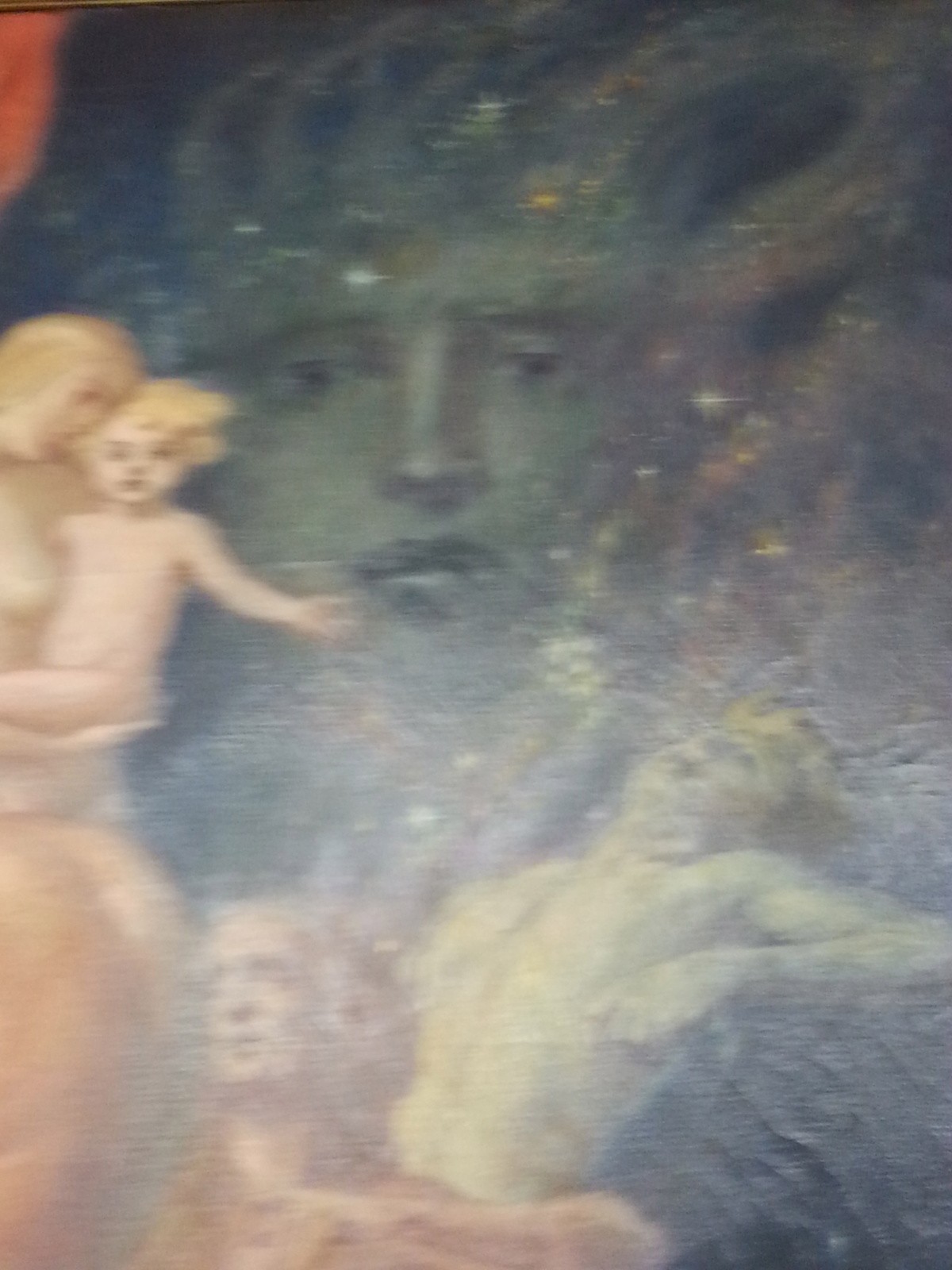 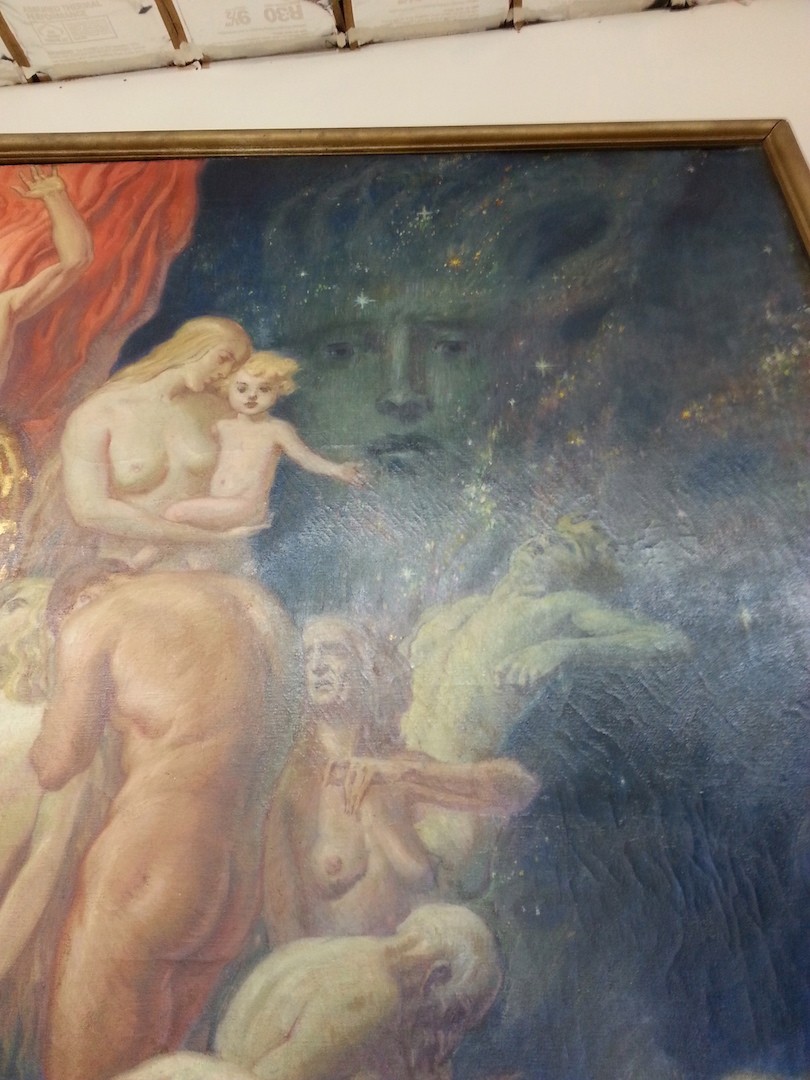 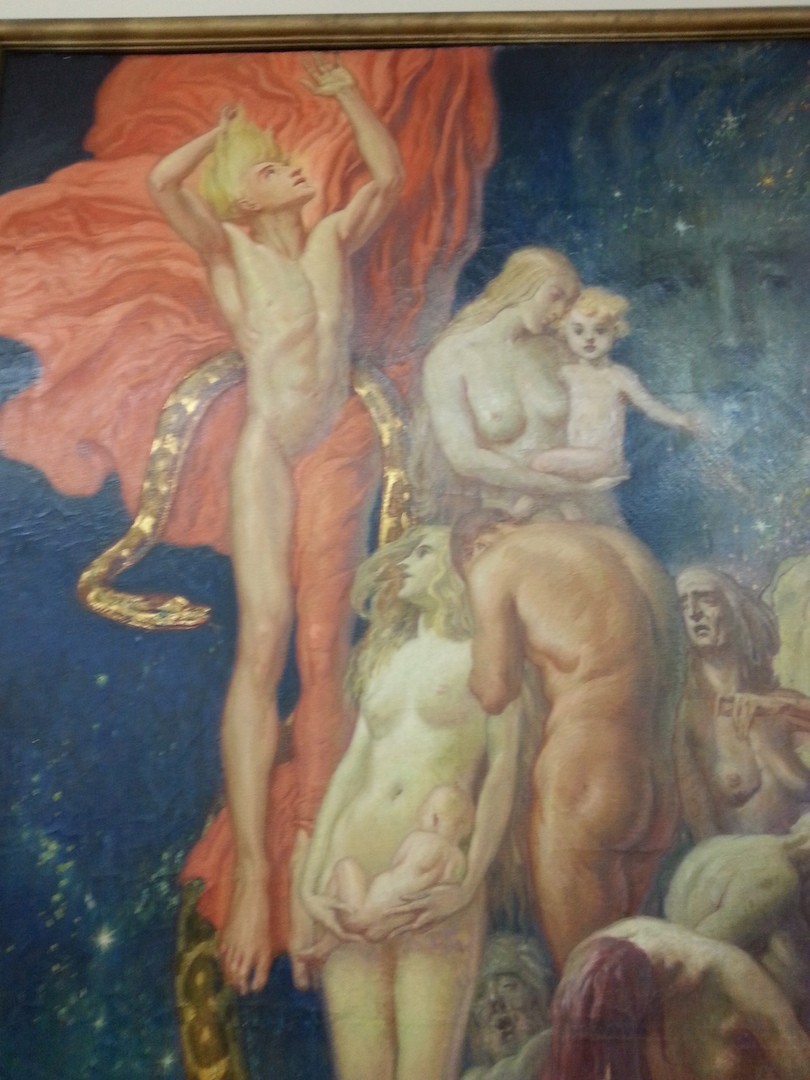 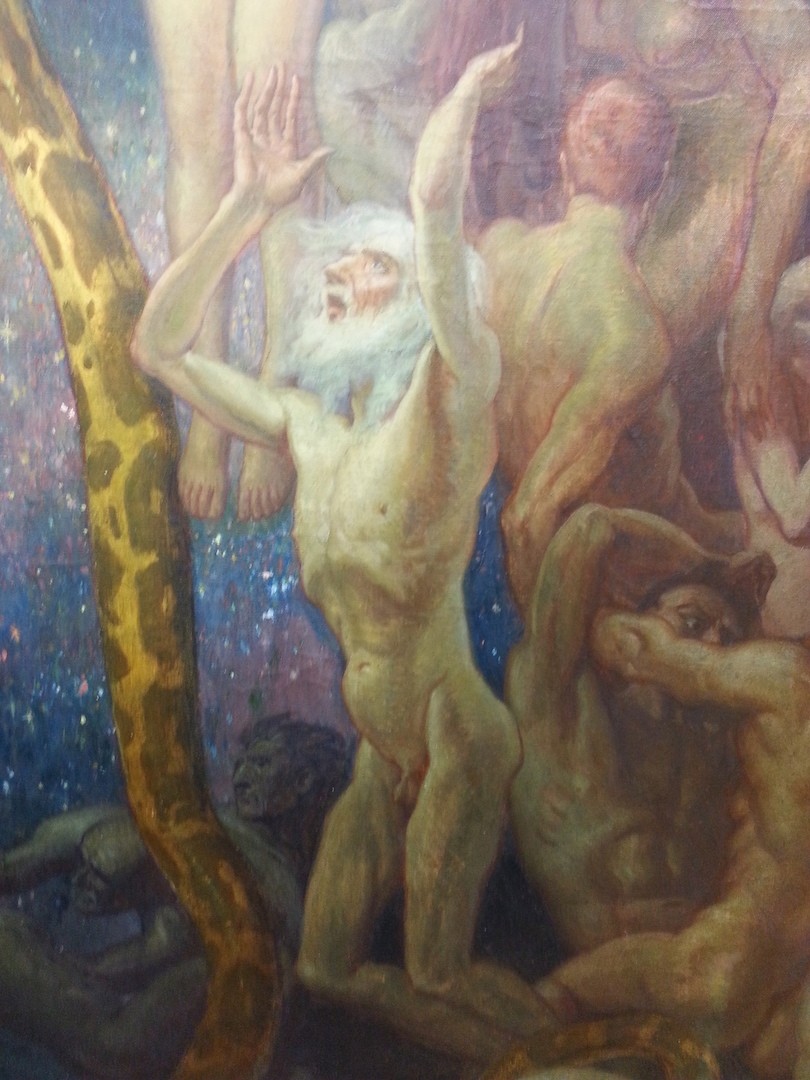 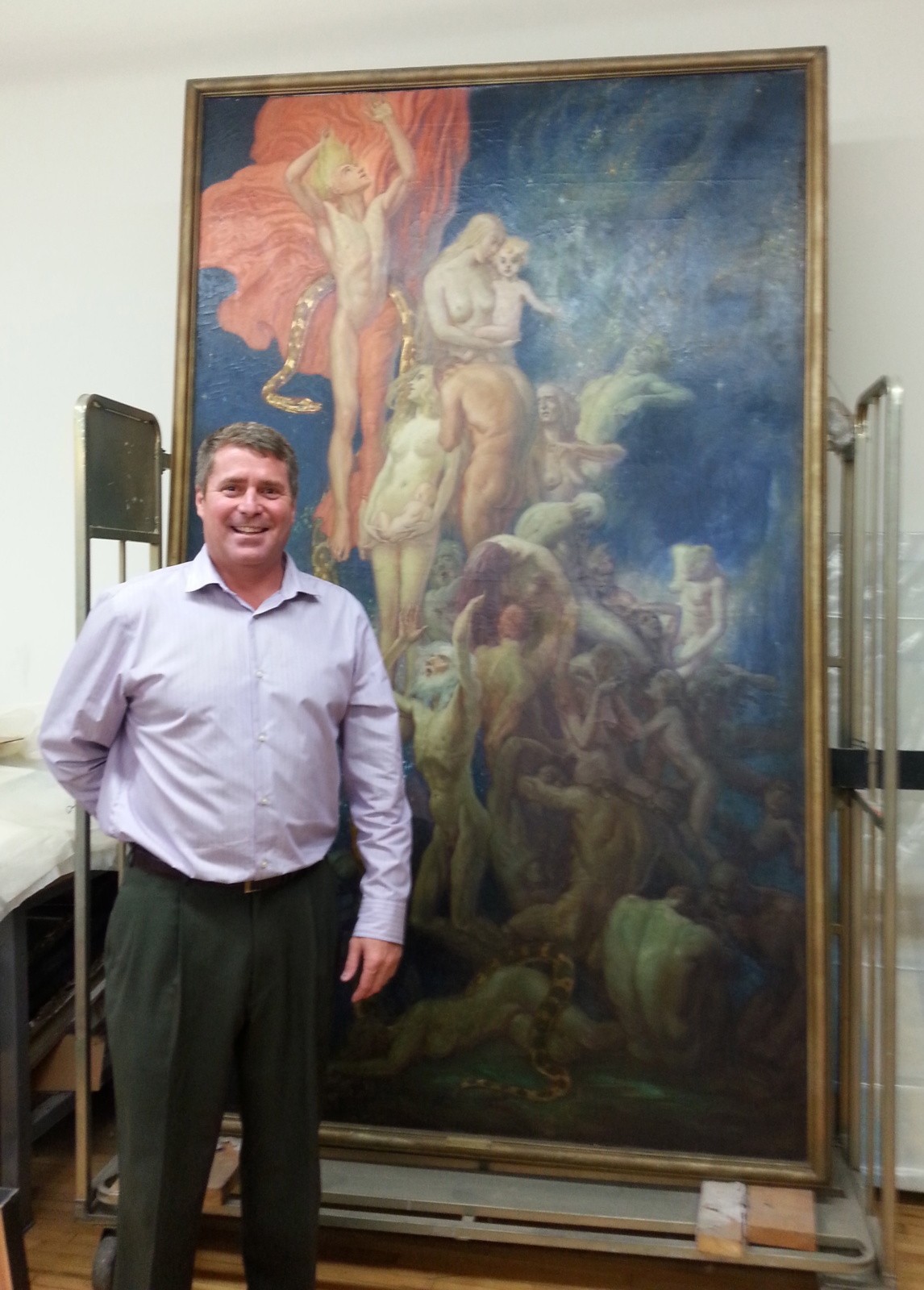 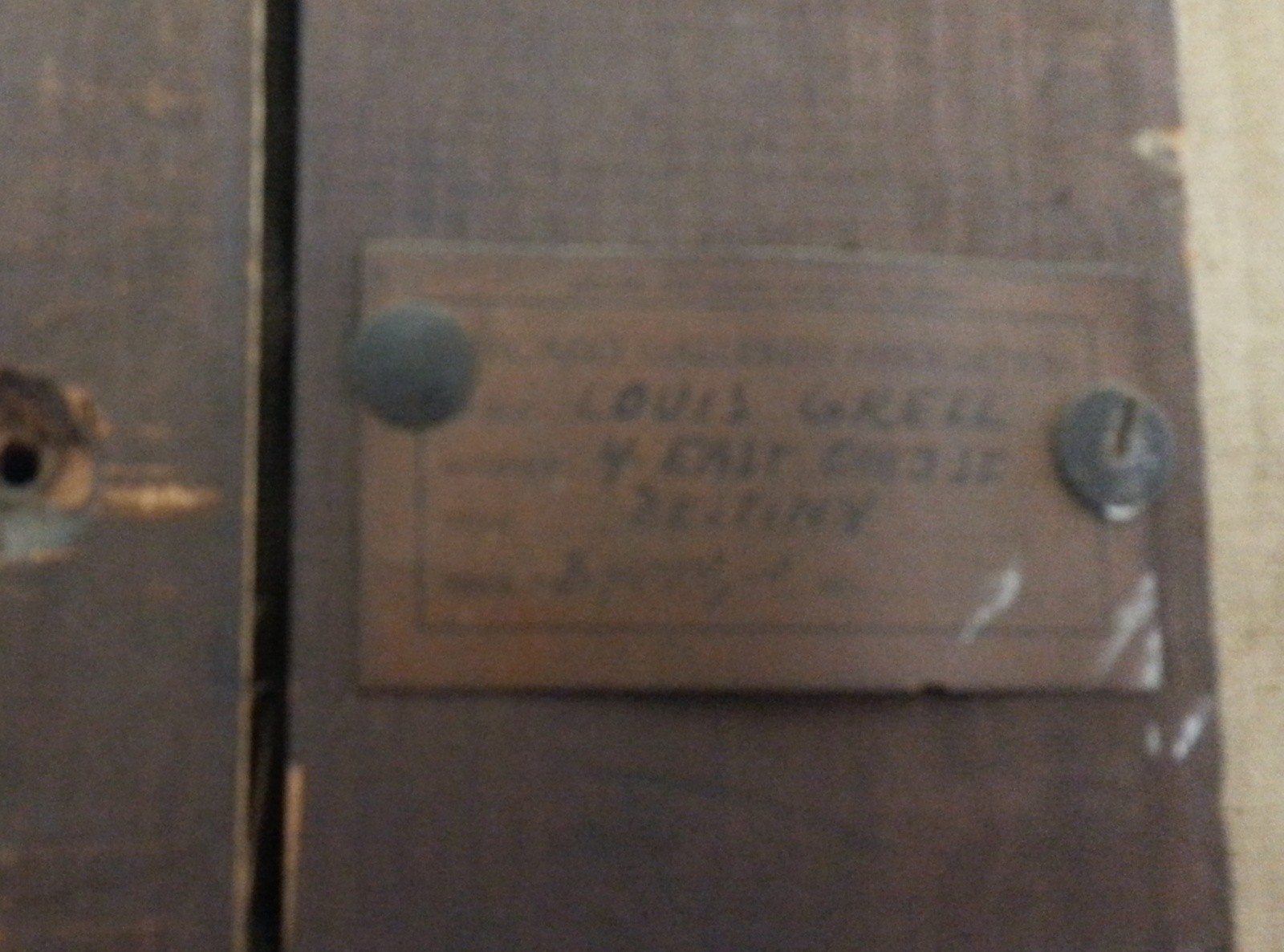 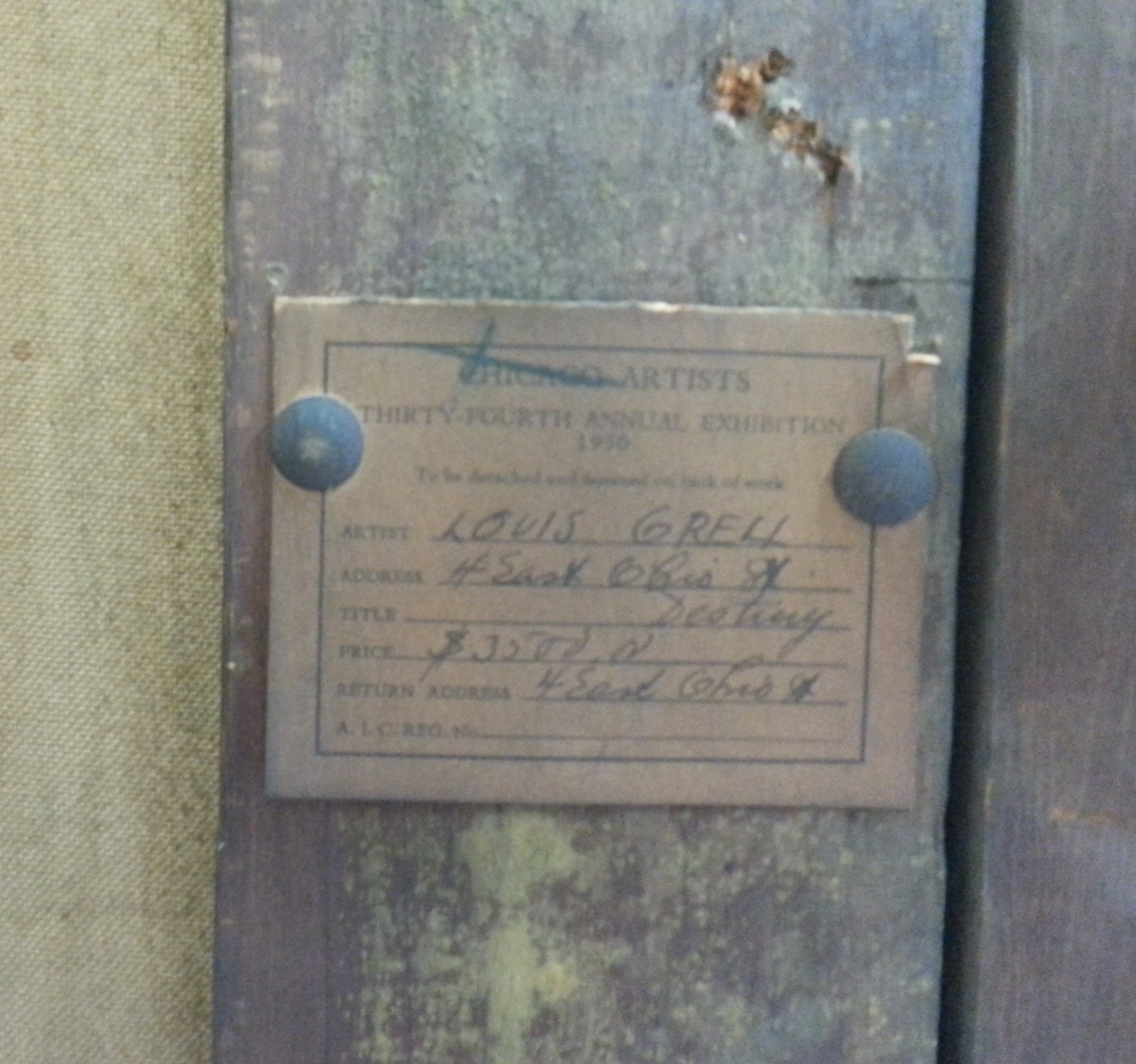 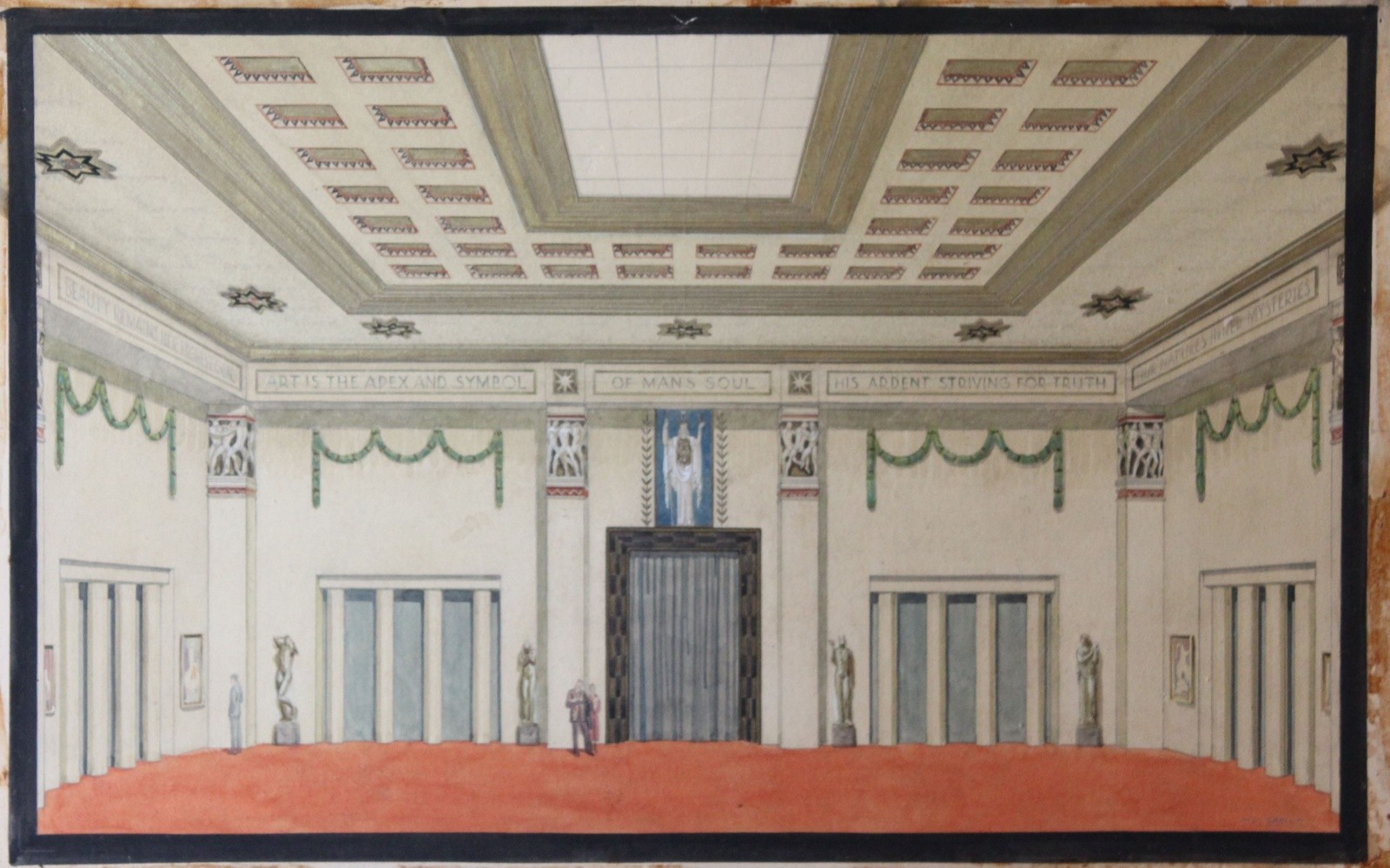 Destiny won the Harry Frank prize in 1930 at the Art Institute of Chicago’s annual Artists of Chicago & Vicinity show and at the Chicago Galleries Association in 1930.  Destiny was reproduced in a major Chicago paper and also in full color within Chicago Modern, 1893-1945, Pursuit of the New (2004).

As the main study for Destiny demonstrates, Grell may have played a role in designing some of these art exhibits as seen herein for the 1930 CAV show where Grell’s large creation was featured above the entry to the exhibit hall at the Art Institute of Chicago (see also the study for another museum included).

Destiny hung on the wall of Grell’s studio from 1928 until well after his death and until his wife Friedl moved out of Tree Studios around 1970.  It was acquired by Jim Romano and later sold to its current owner who maintains the large painting in his studio in the near-north-side of Chicago in the area where it has remained since its creation in 1928.  A version of this fantasy was incorporated into the Ft. Wayne Paramount theatre and is believed to be one of many that Grell created for several locations.  One rumor had a version installed into a courthouse.

Some say that this could be considered Grell’s magnum opus; we believe that his greatest body of work remains all the theatre work he did throughout the 1920’s.

The watercolor is included to give the viewer an idea of how much work went into just the decision of what color to make the cloak of the central flying figure.