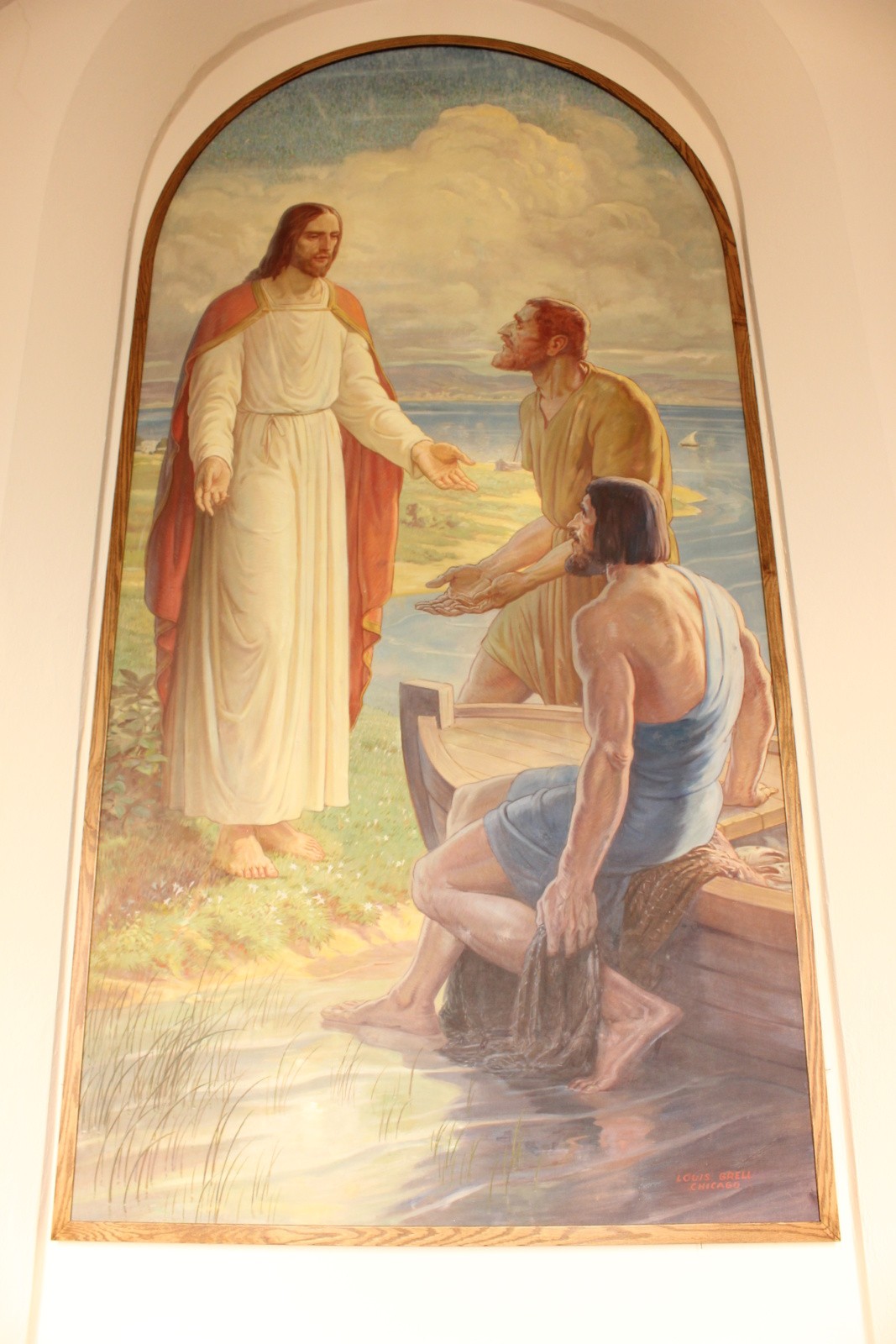 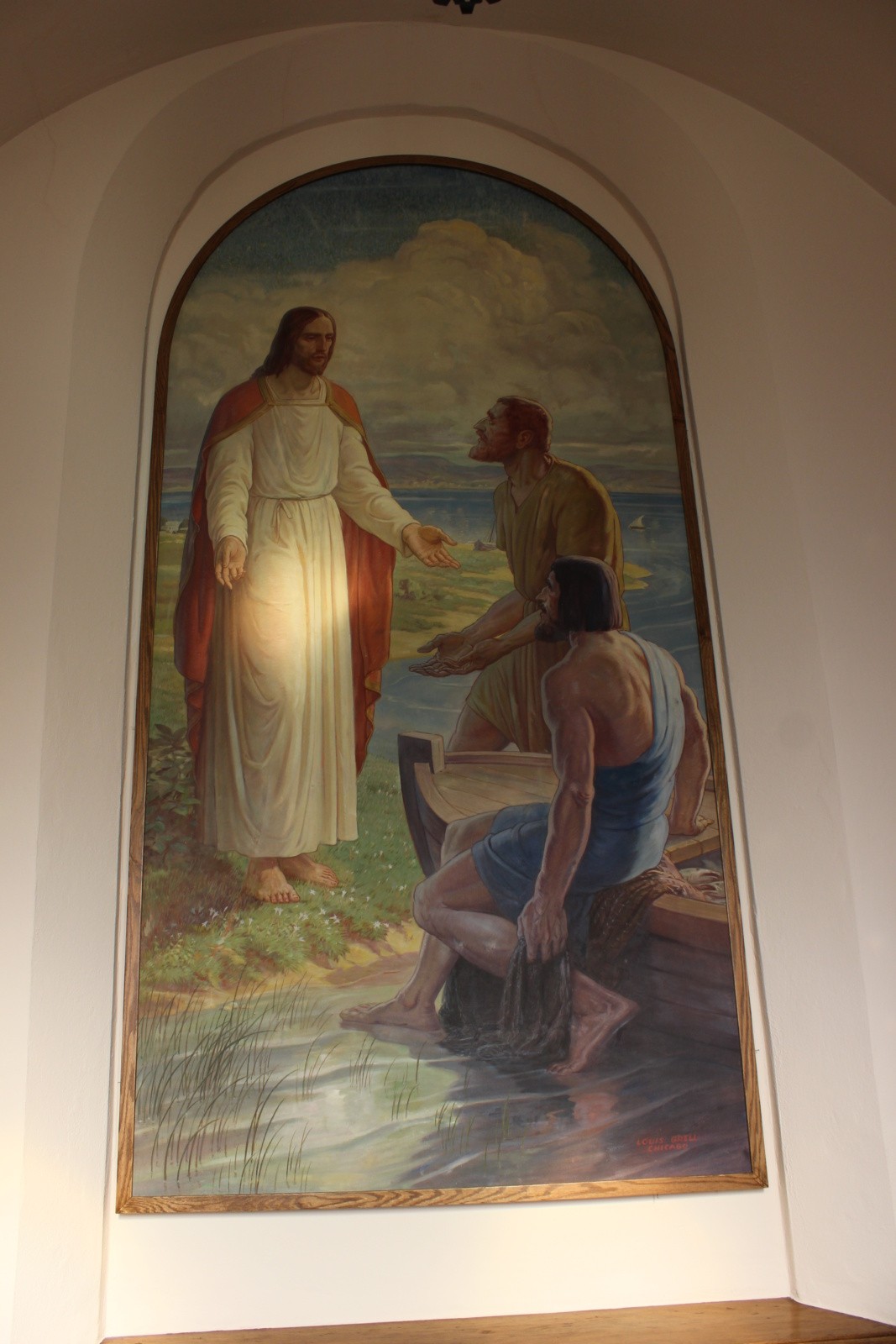 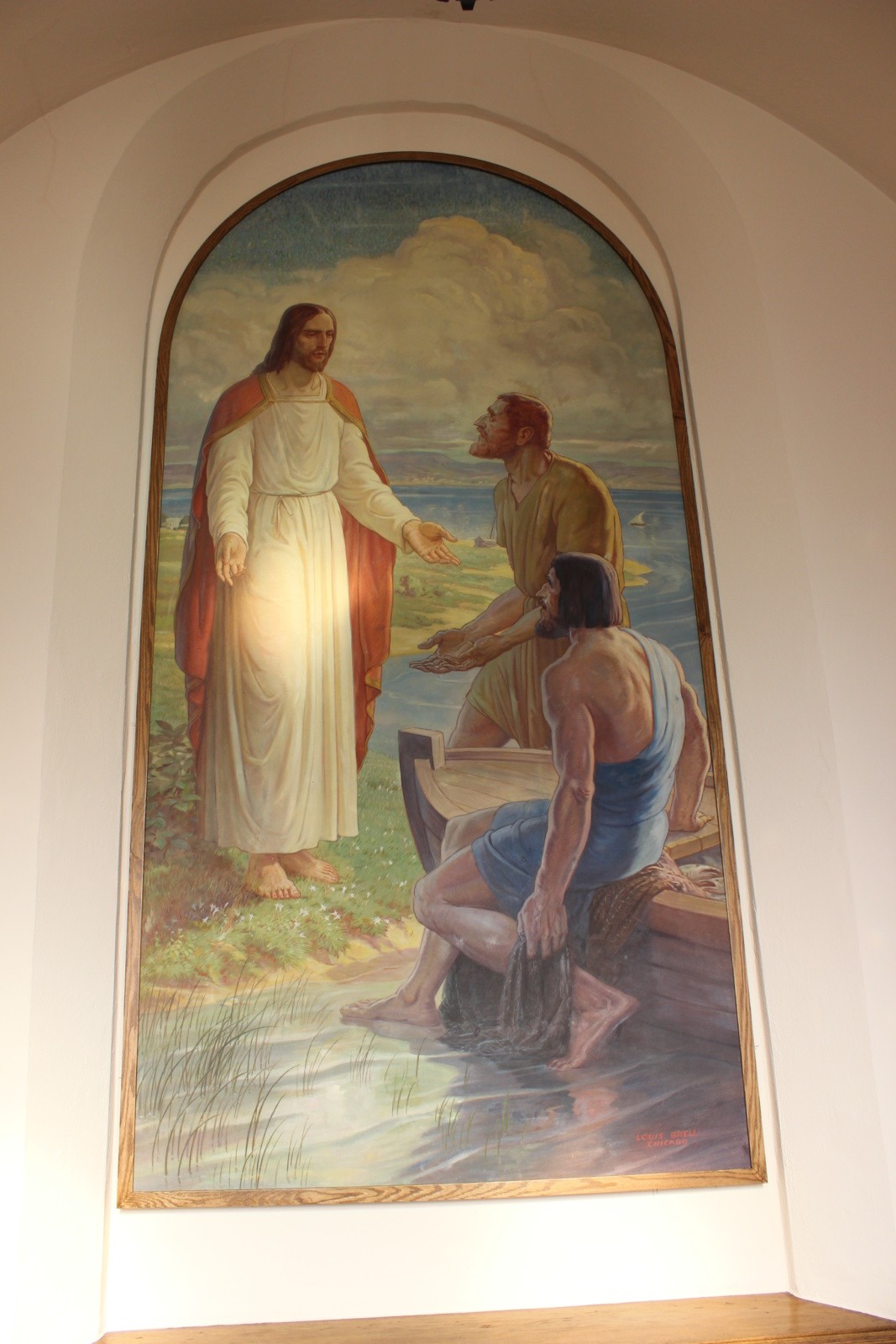 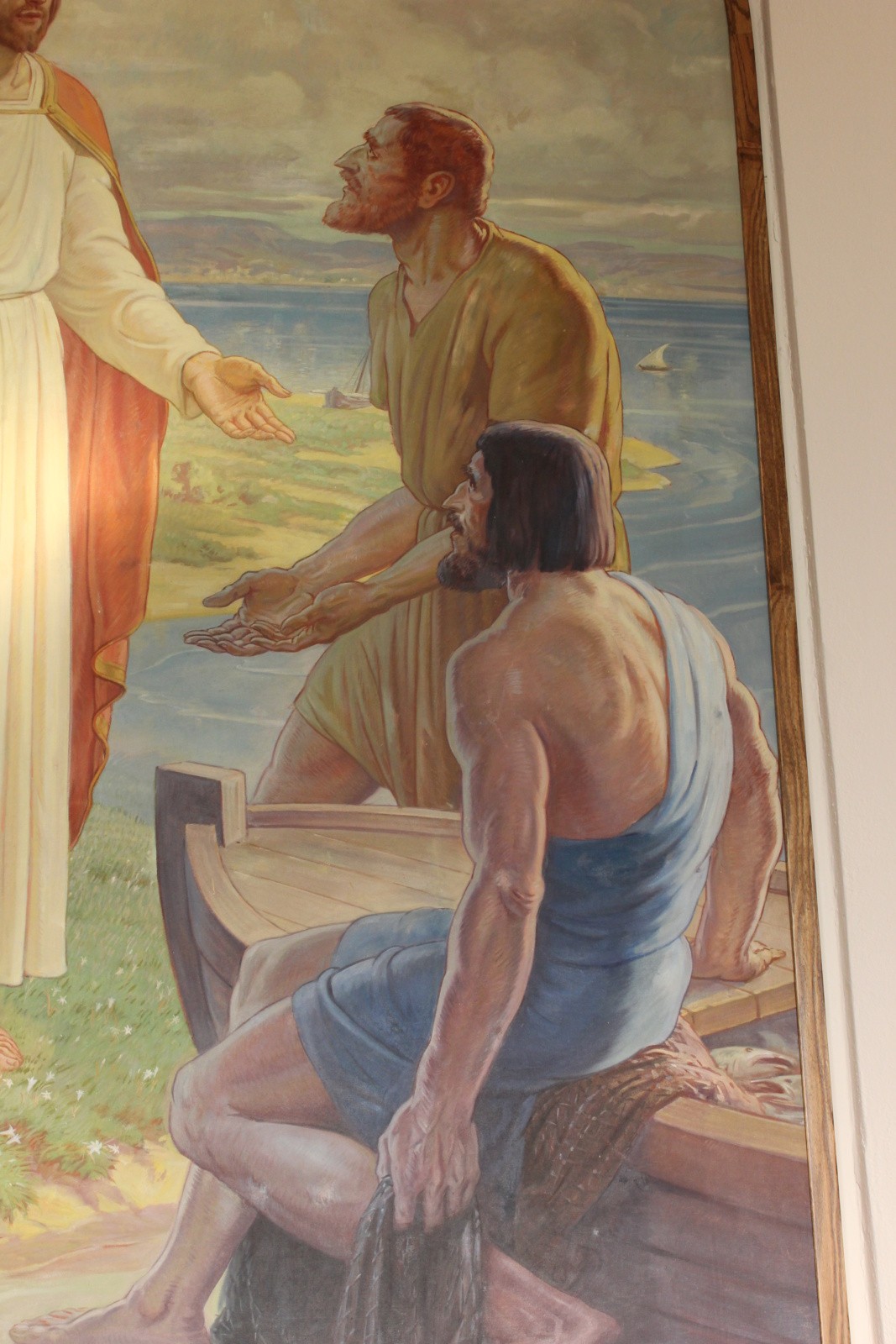 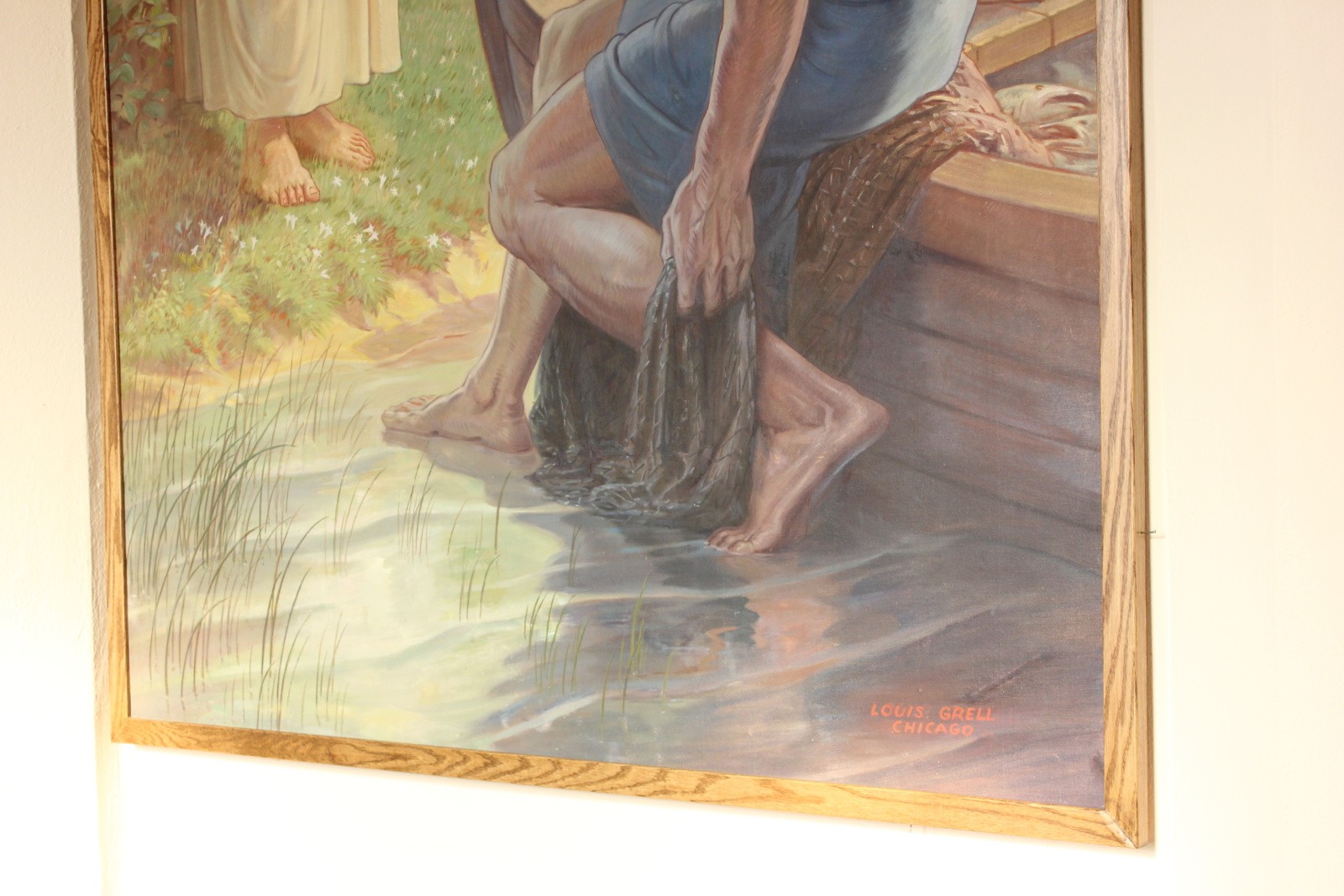 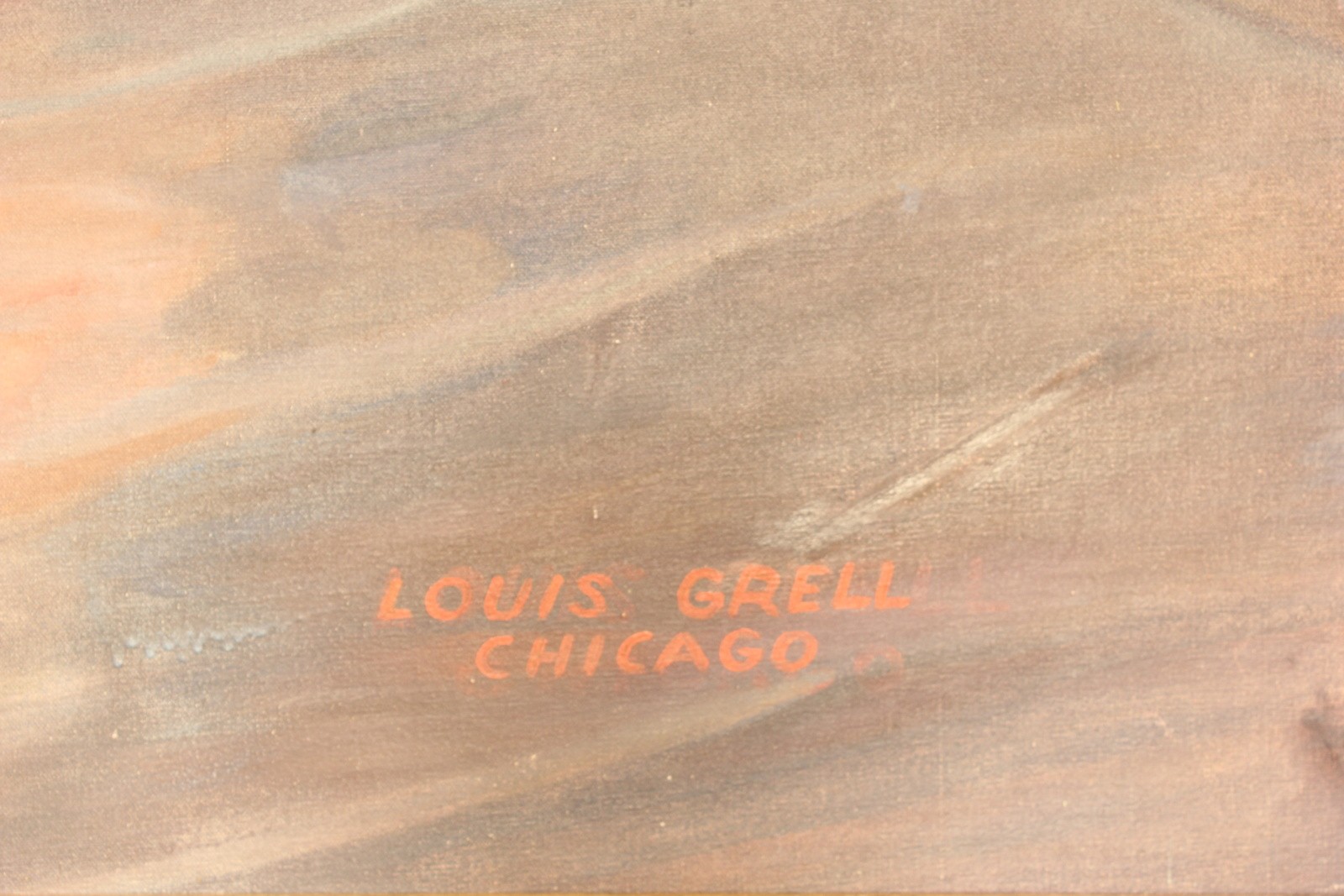 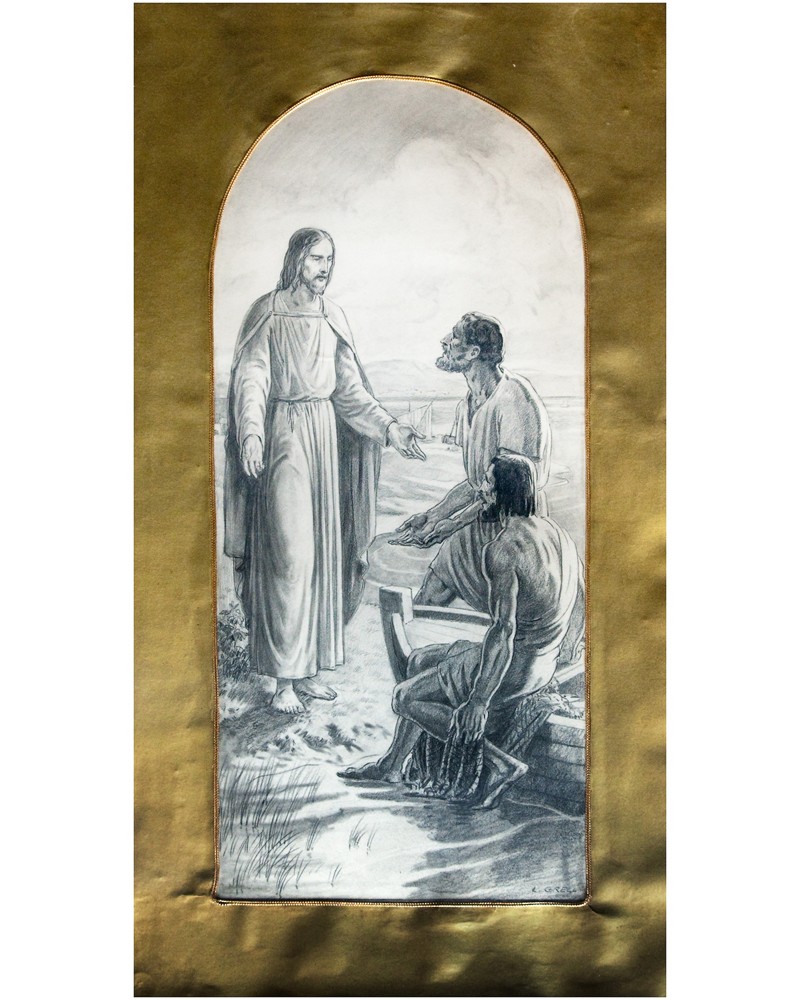 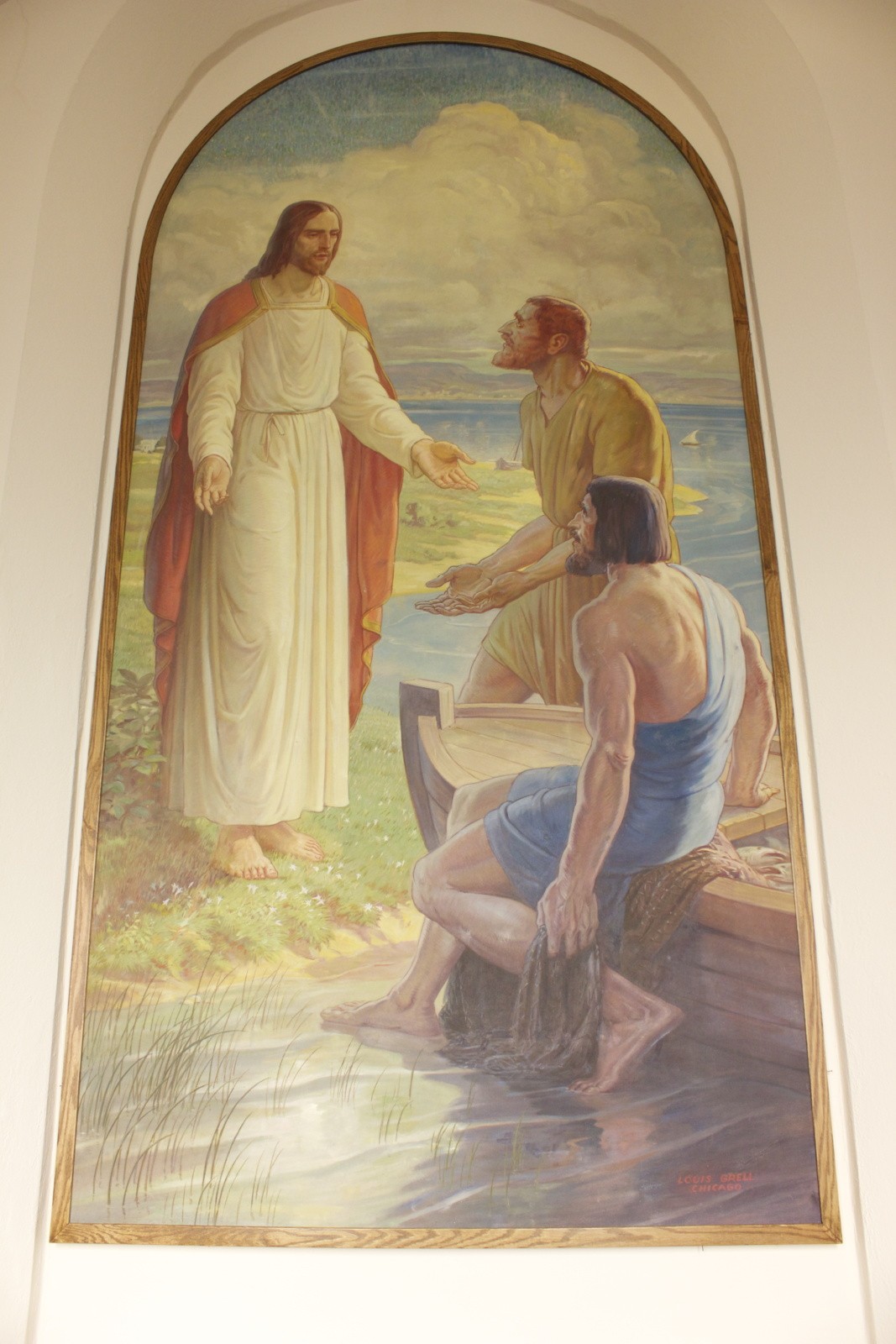 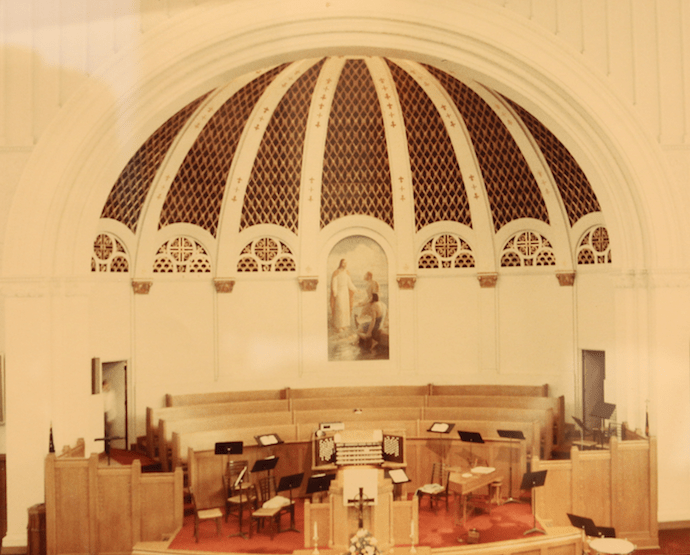 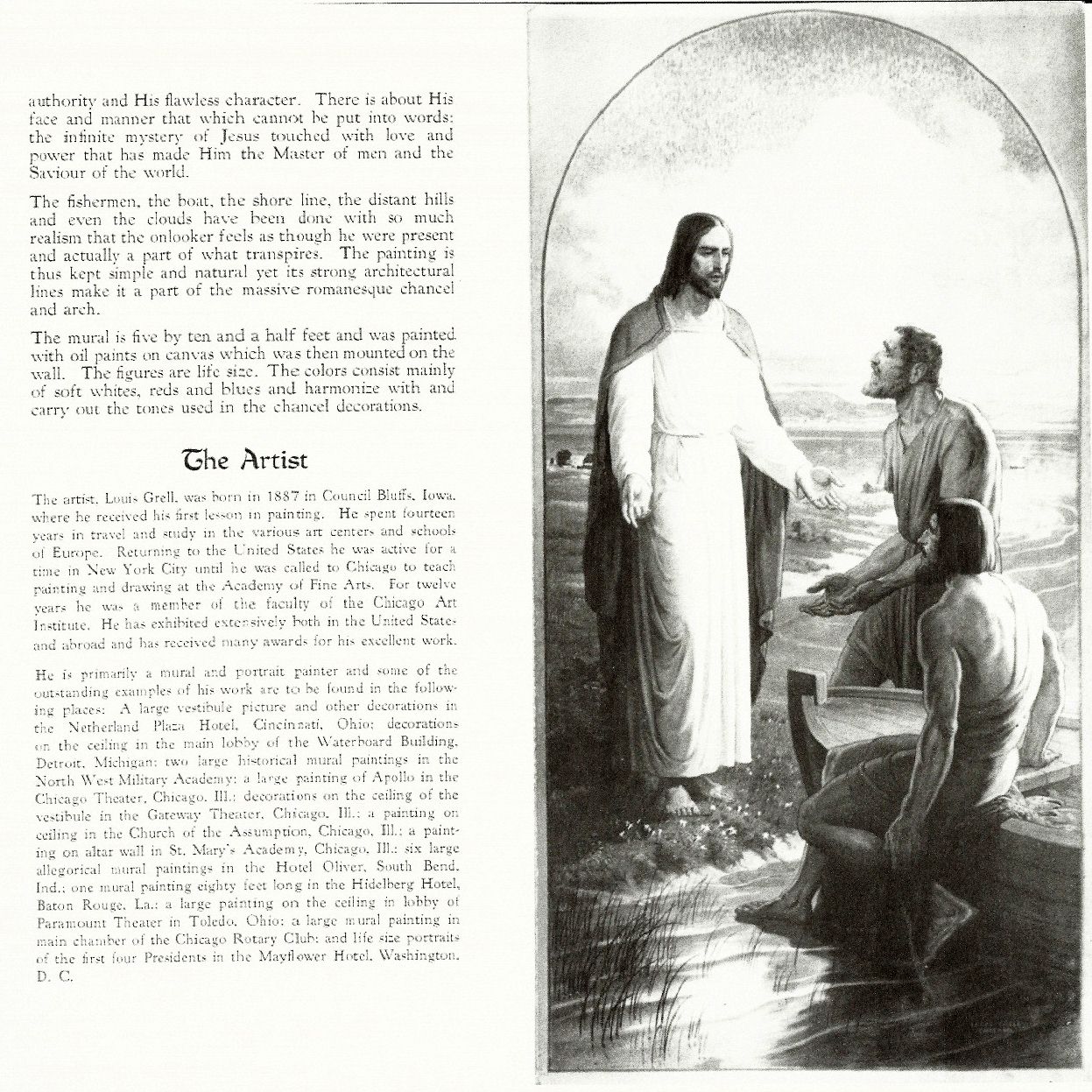 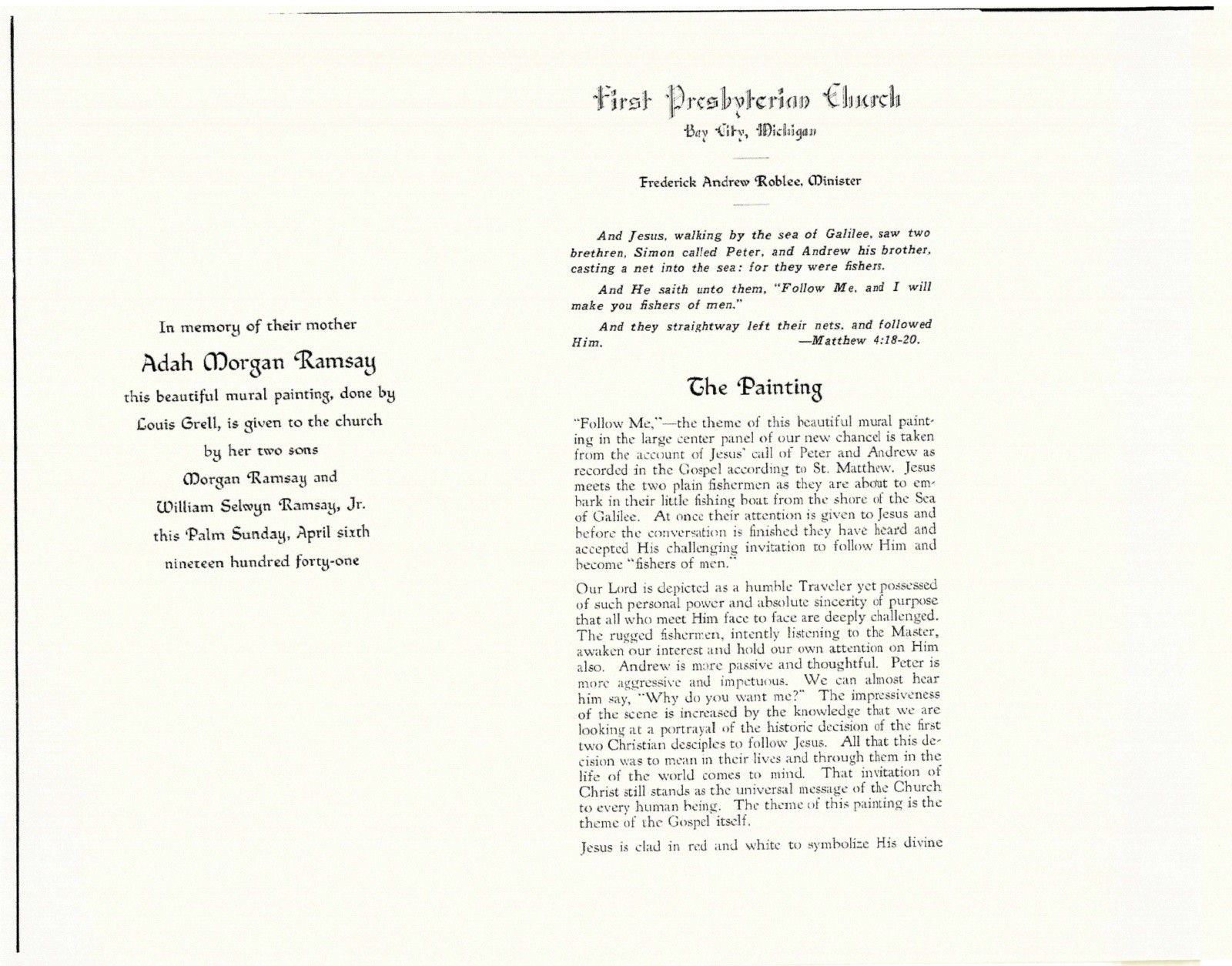 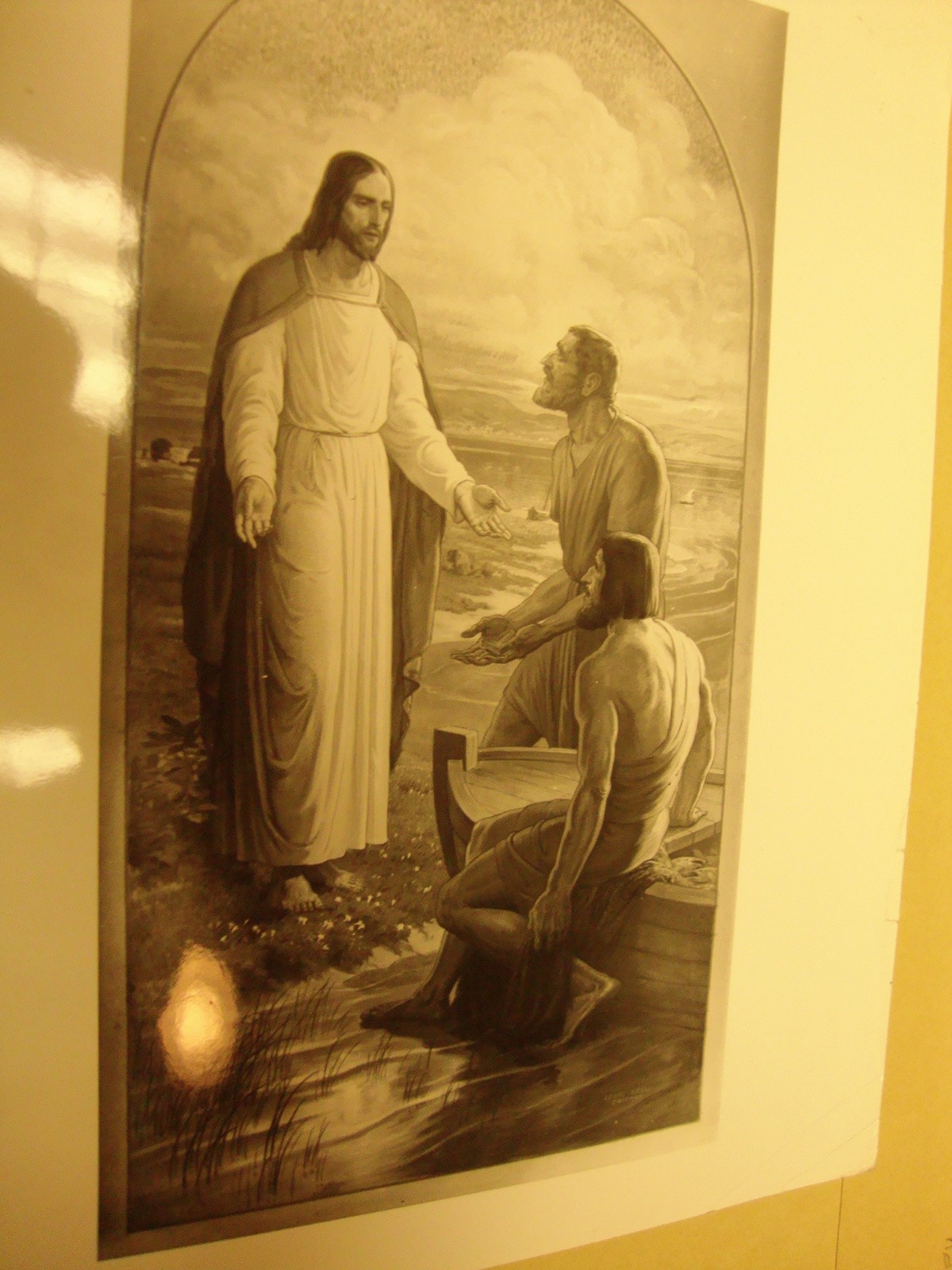 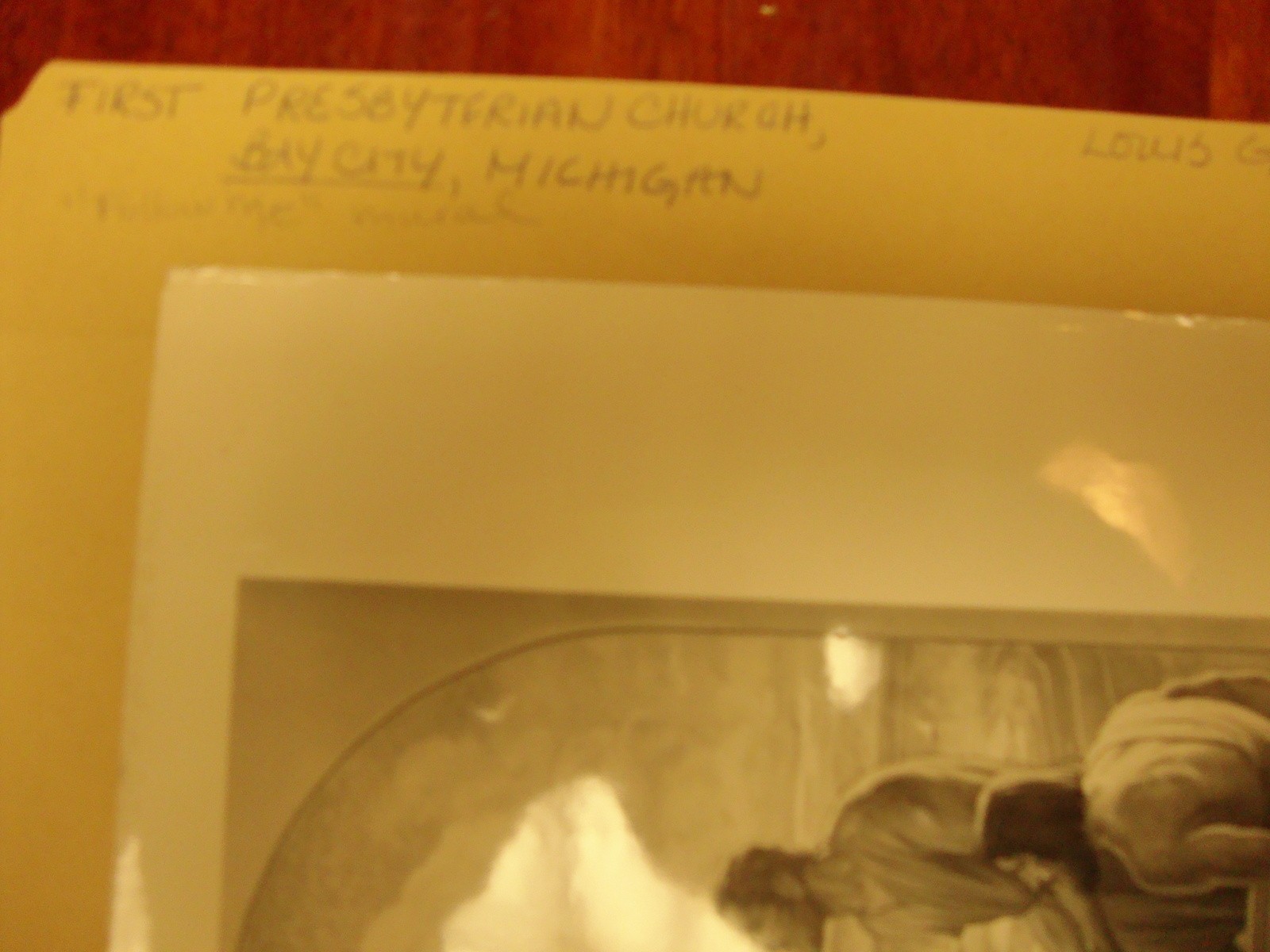 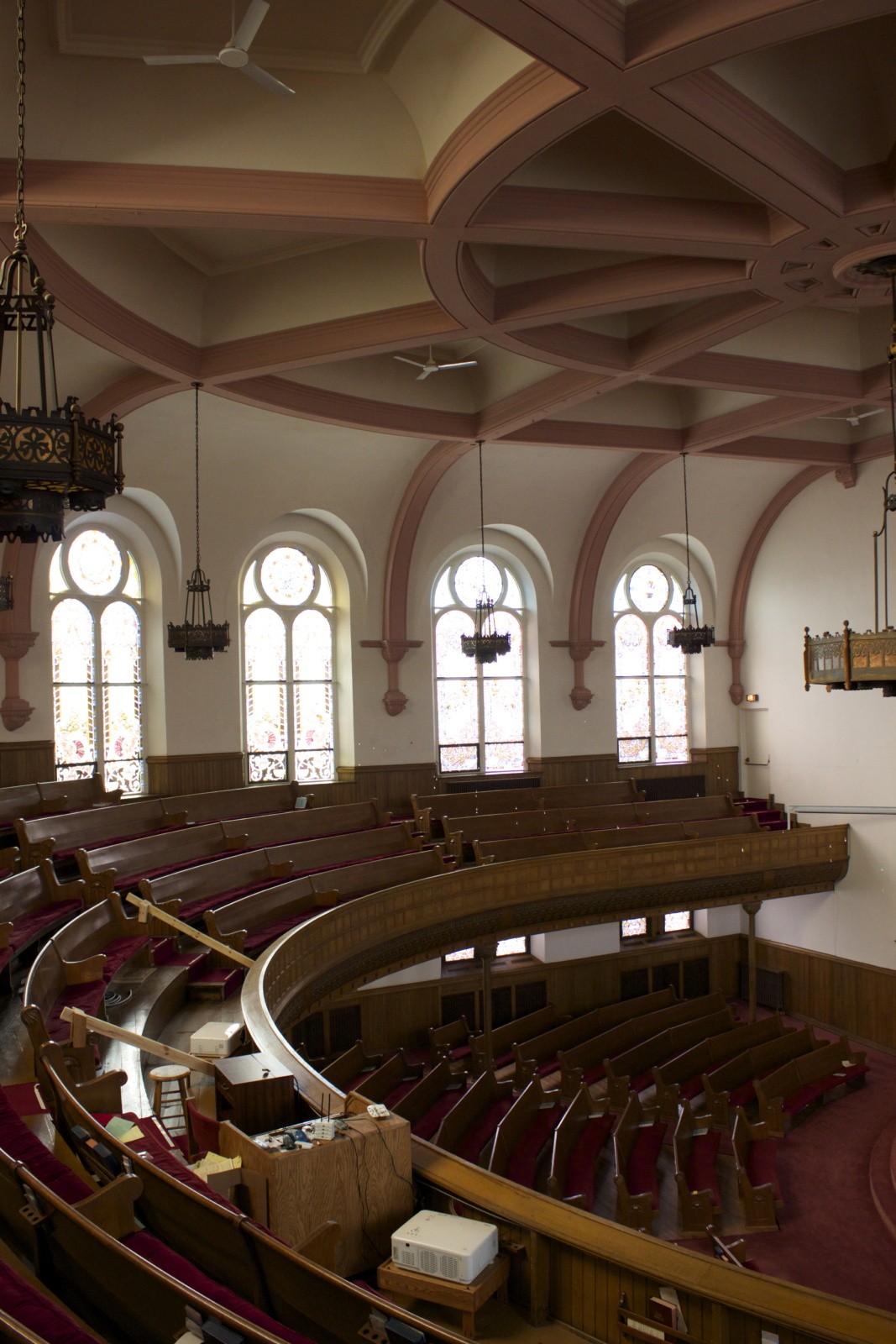 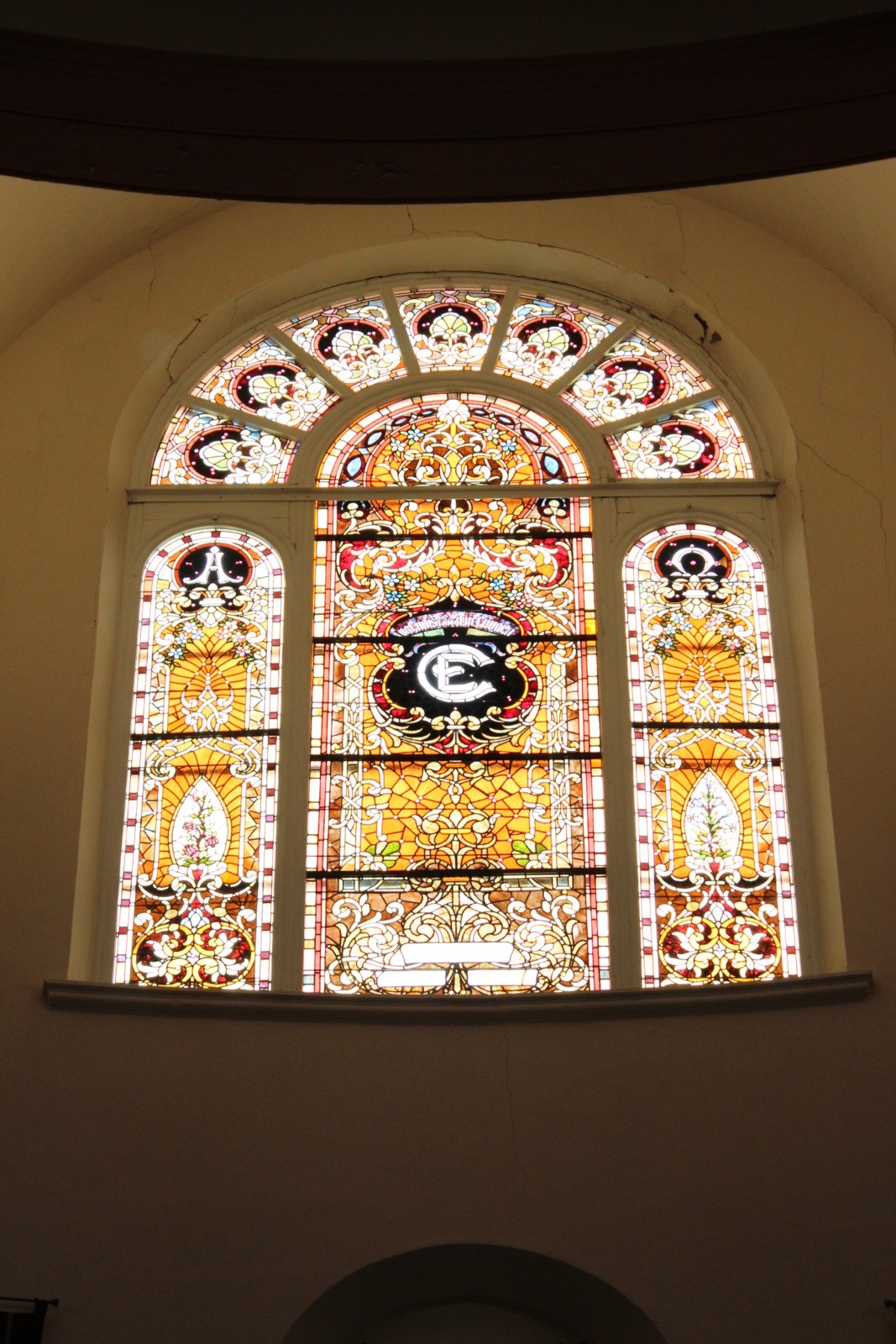 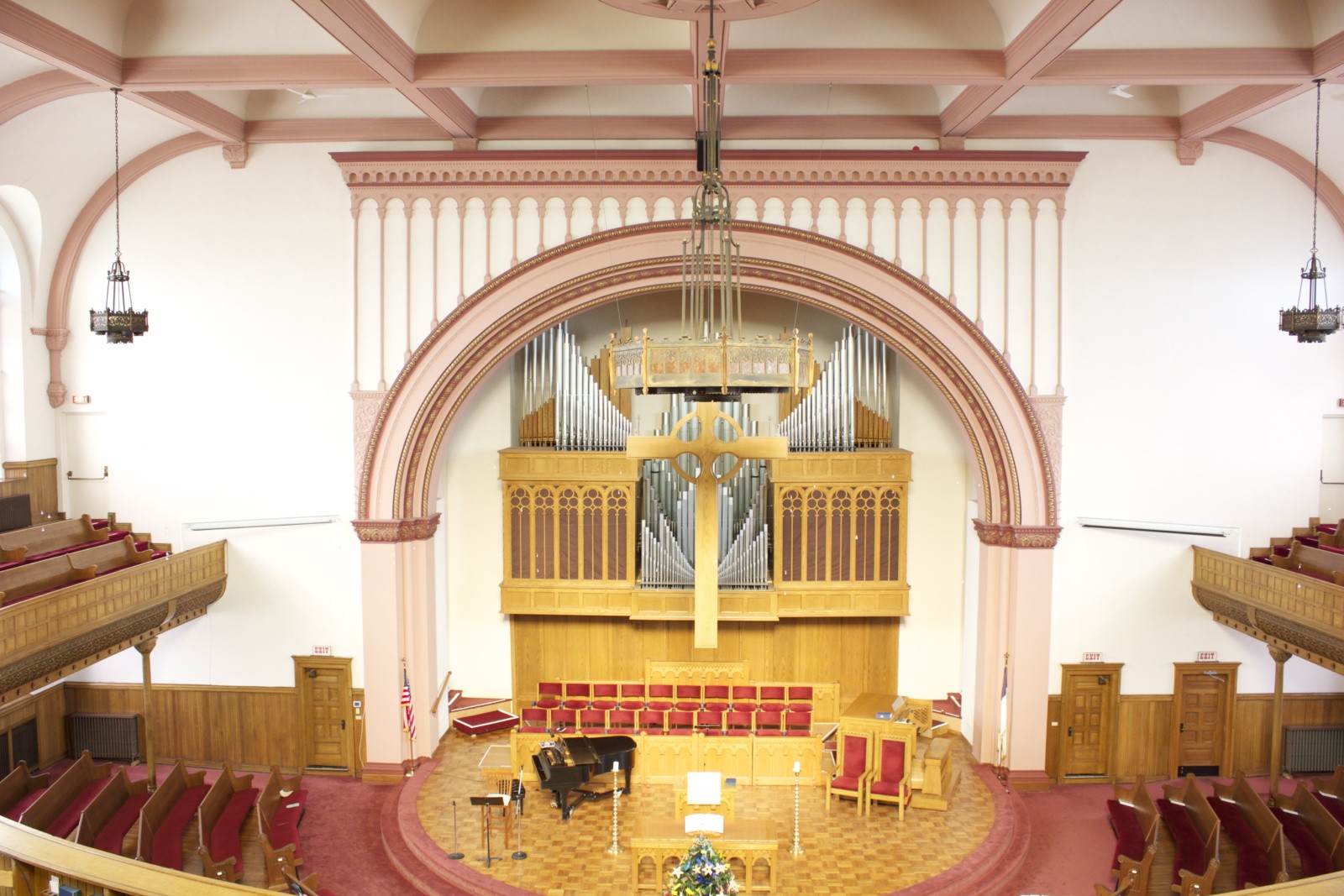 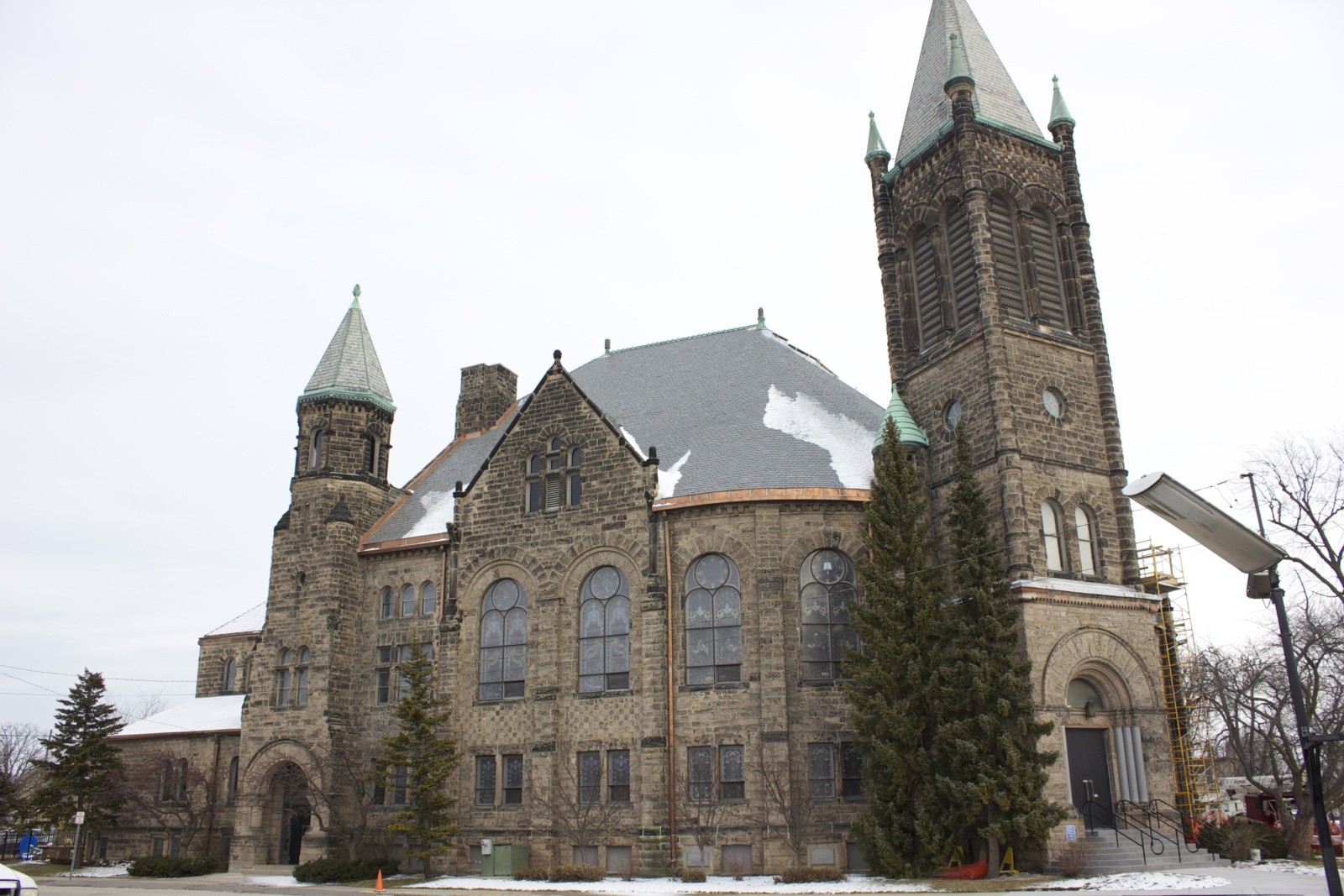 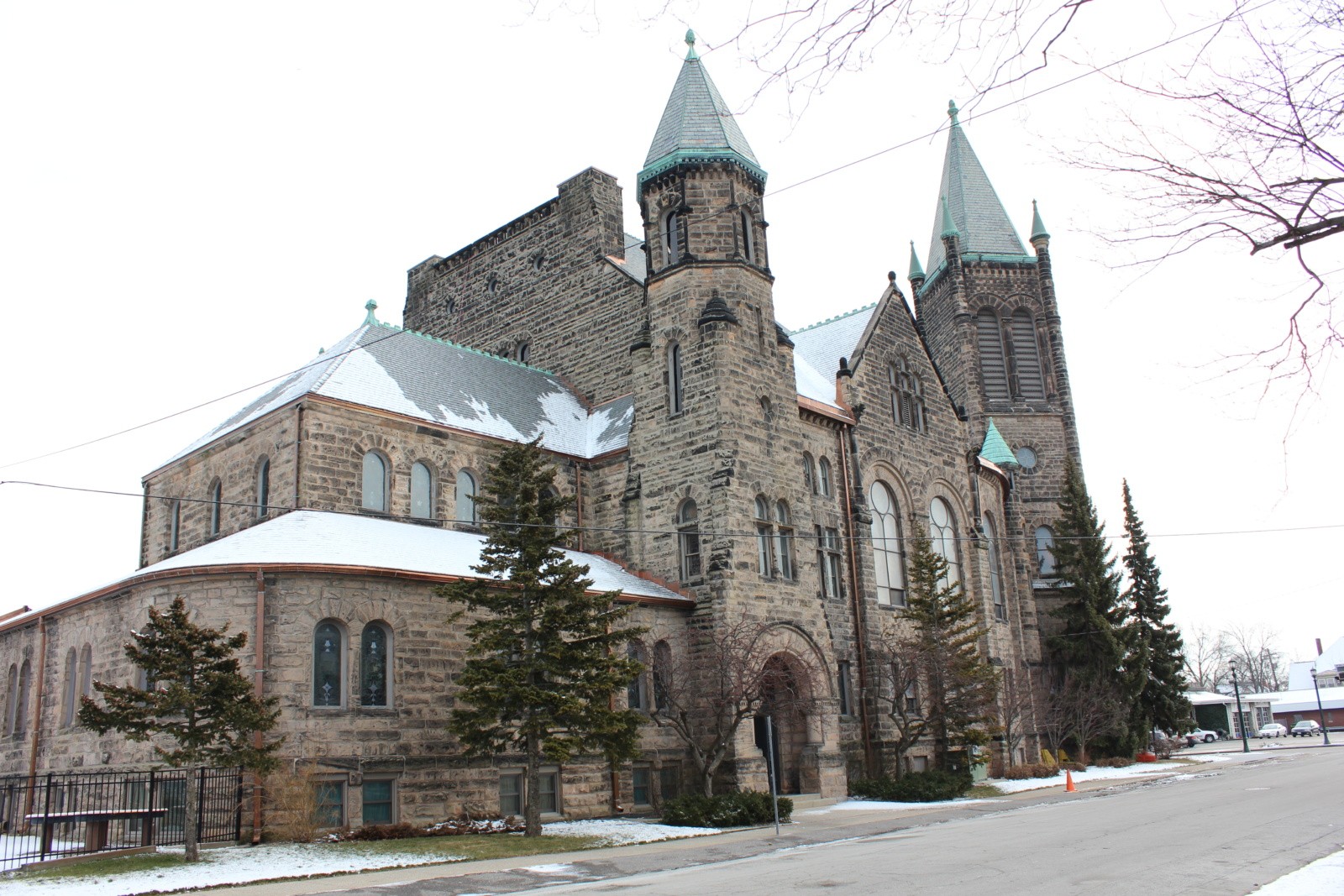 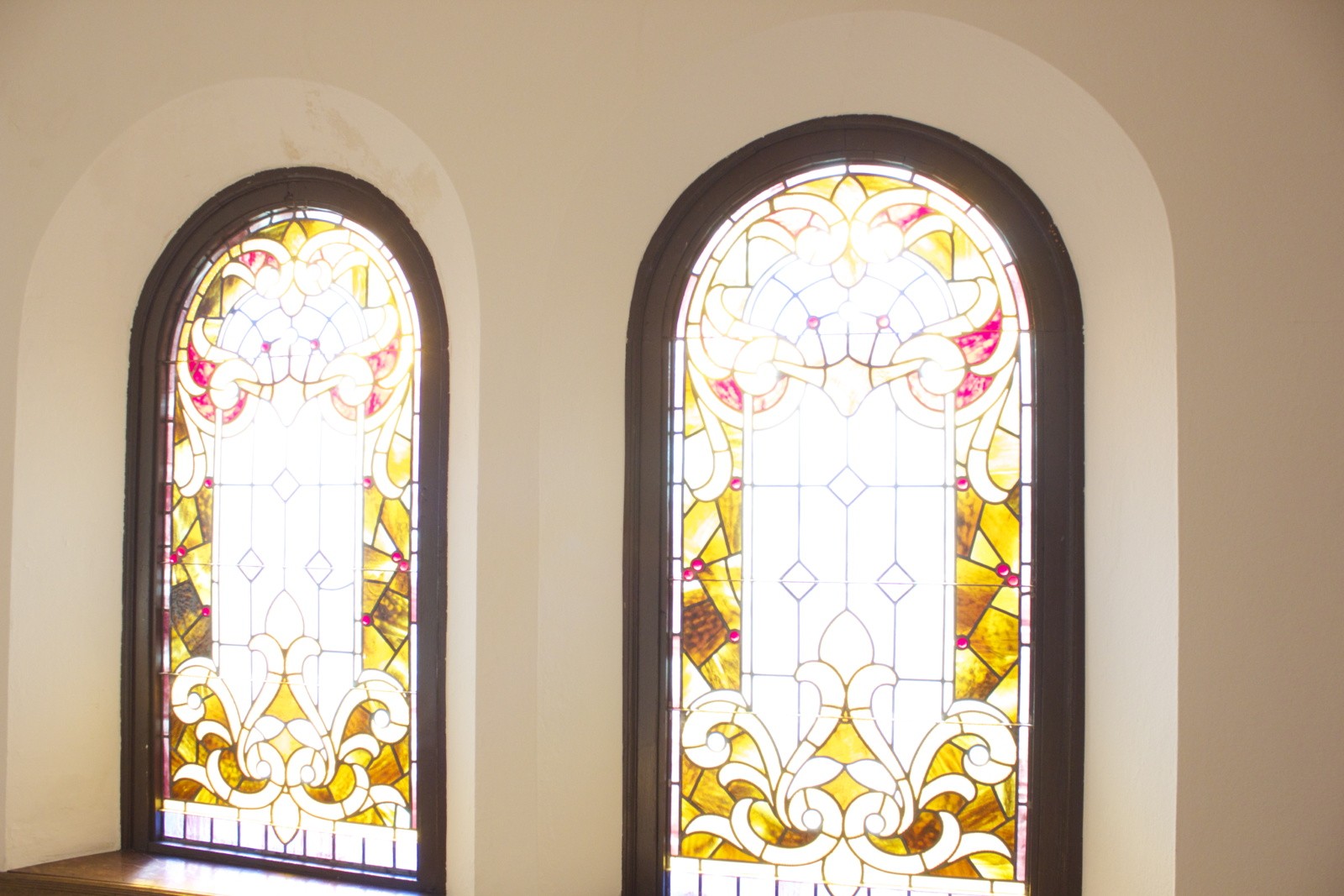 Follow Me is a mural in the First Presbyterian Church in Bay City, Michigan. The mural, dedicated on Palm Sunday 1941, was commissioned as part of a larger redecoration program for the new chancel of the church. The subject of the mural was derived from a passage in Matthew’s Gospel (4:18-20). In this Gospel passage, Jesus asked the fishermen, Peter and Andrew, to be his disciples, insisting that he would make them “fishers of men” if they followed him. Dr. Roblee, the minister of the First Presbyterian Church at the time Grell painted Follow Me, spoke on the subject’s deep significance in a newspaper report on the mural’s dedication. He described it as a “portrayal of the historic decision of the first two Christian disciples to follow Jesus.” Grell emphasized the momentous occasion through the realism of the scene and characterization of the figures. True to the Gospel story he staged the scene at the seashore’s edge. On the left, Christ stands at the edge of the shore with outstretched arms. Standing opposite of him in shallow water, Peter extends his hands. Alluding to their occupation, Andrew sits silently on the edge of a boat in the lower right corner holding a fishing net in his left hand. Only minor differences exist between the study owned by the Grell family and the final mural. In the study, greater emphasis is given to the background sailboats and Peter and Andrew bend forward more dramatically.

The finished mural is 10 ½ feet tall and 5 feet wide and was painted with oil on canvas and then attached to the wall. The color scheme chosen for the final painting is both symbolic and intended to blend with the surrounding church decorations. In the painting, Christ wears a white tunic with a red cloak. Grell portrayed Christ in these colors to symbolize his divine authority and flawless character. The overall palette of the whites, reds, and blues reflected the tones of the newly renovated chancel. Grell carefully crafted the composition to its original setting within a massive Romanesque chancel and arch. According to the aforementioned newspaper report, he kept the lines simple and natural although of an architectural spirit.