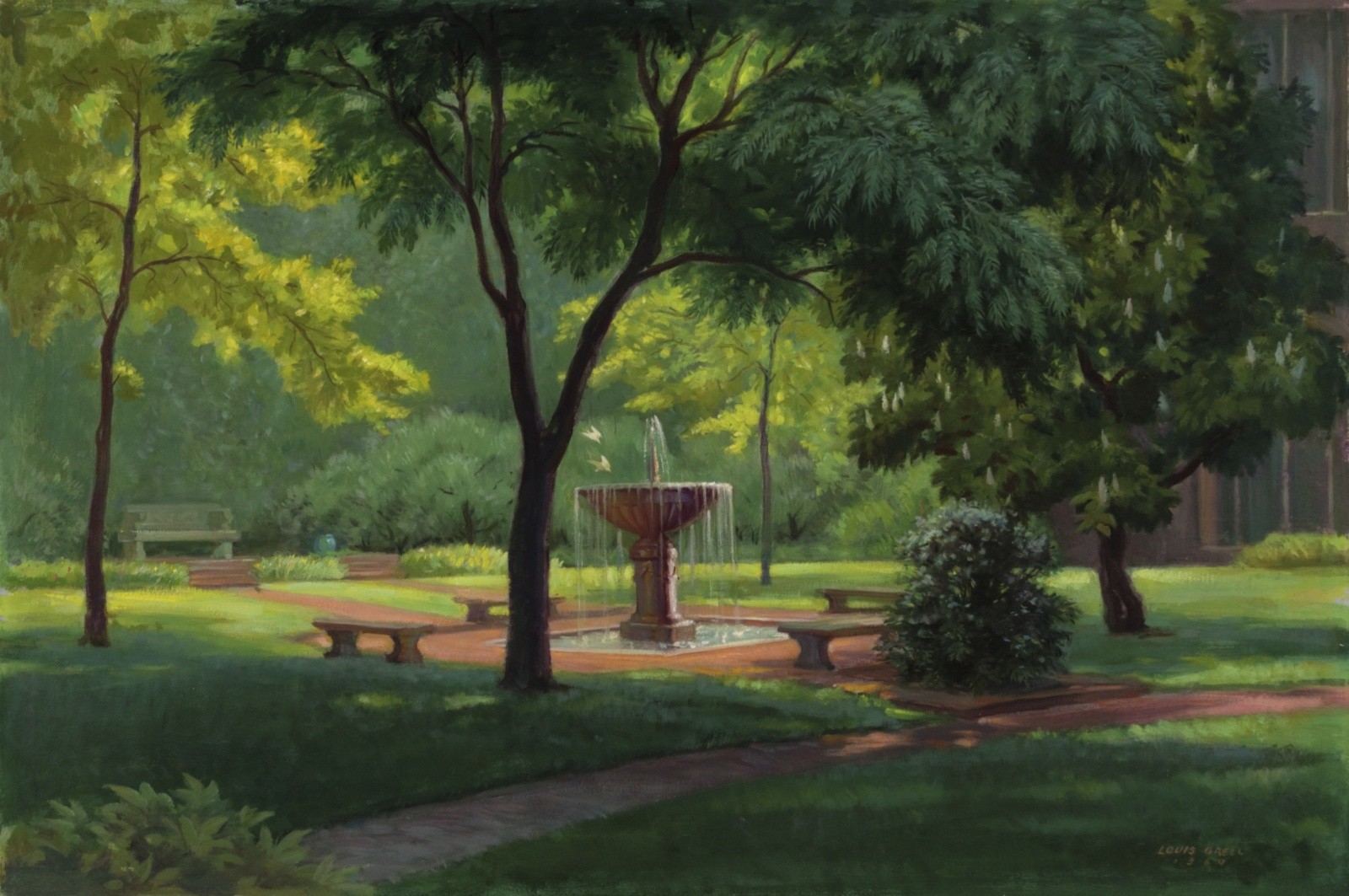 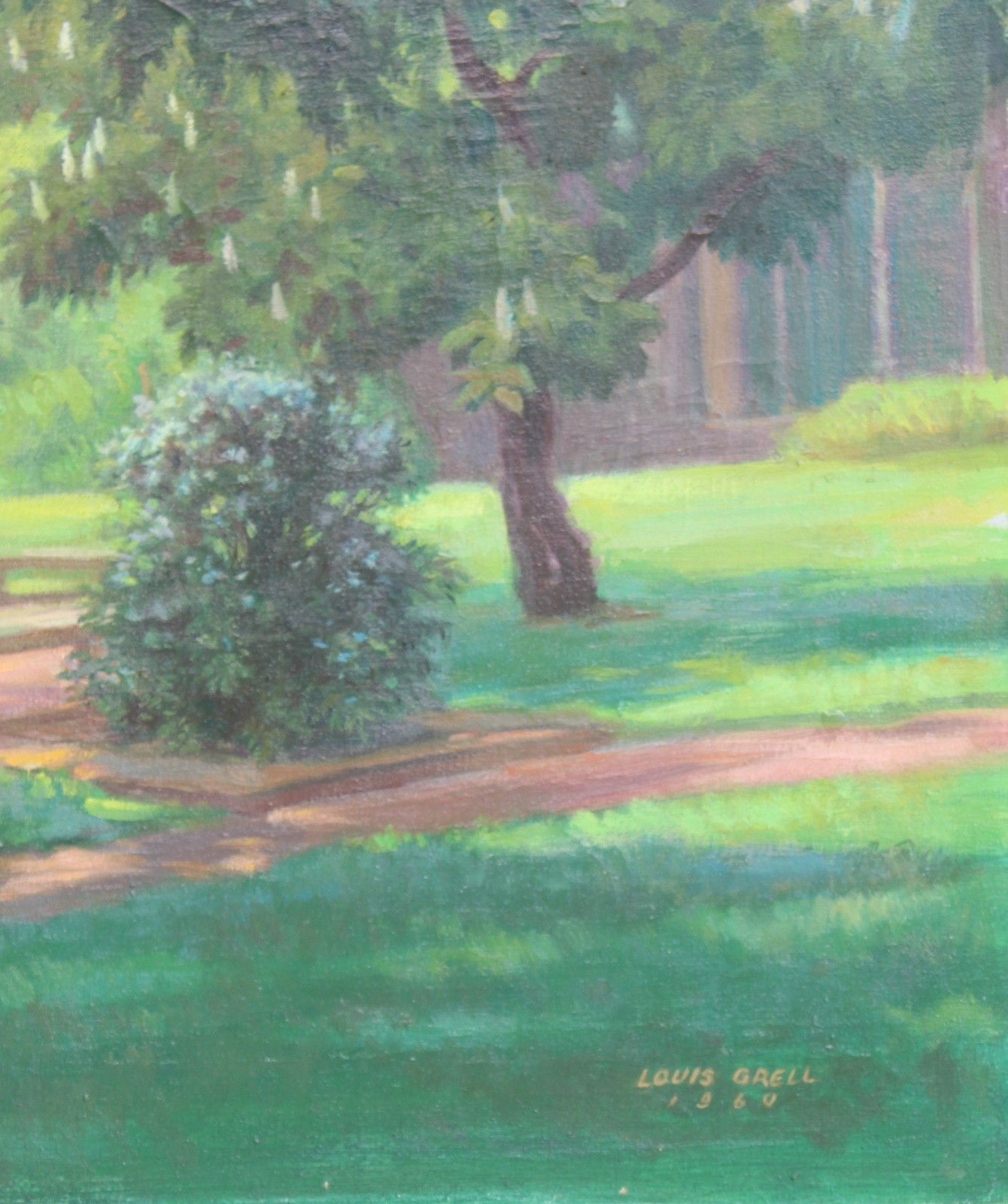 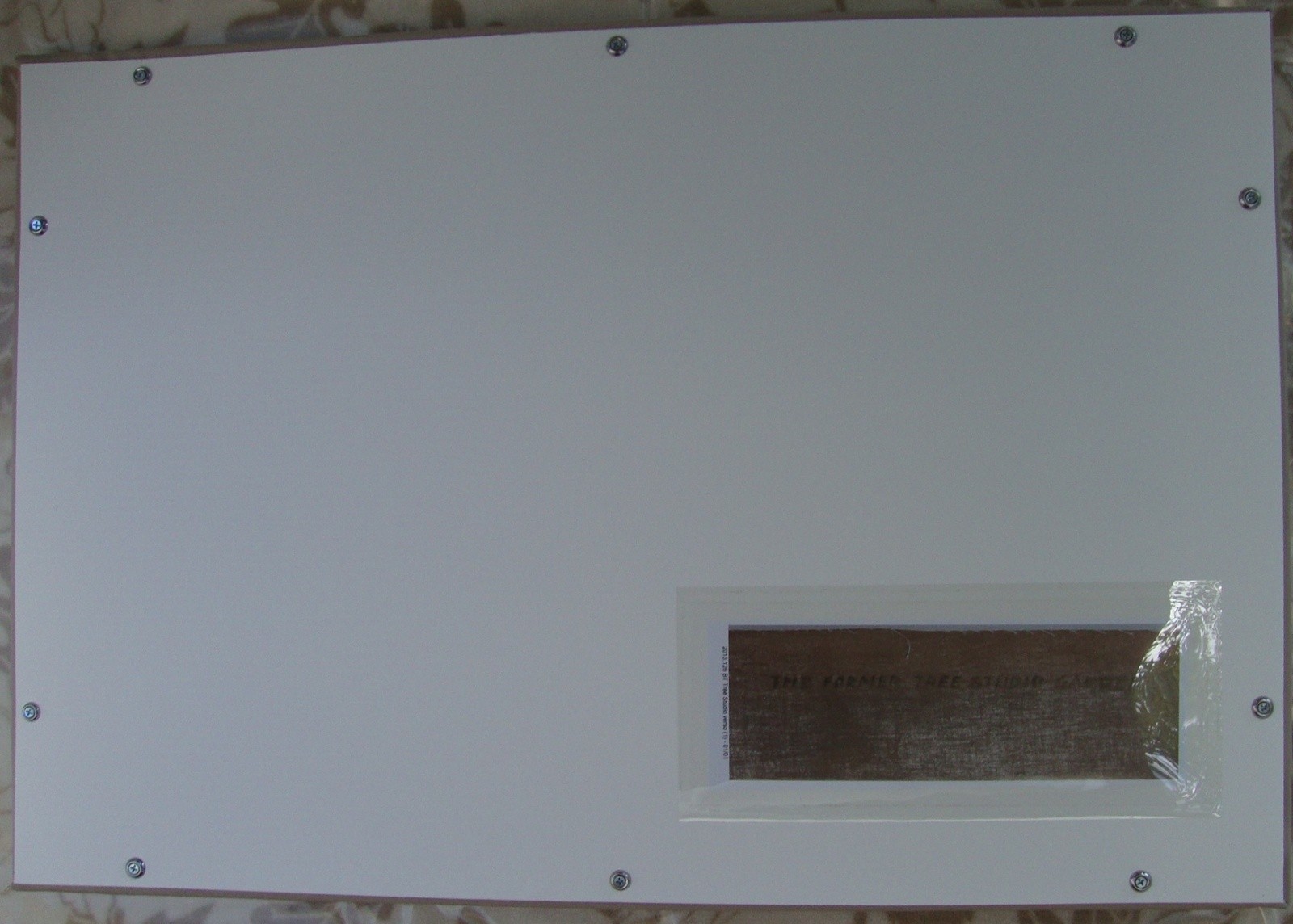 Painted by Grell during the time he chained himself to one of the last remaining “trees” to prevent bulldozer’s from demolishing the rest of this garden courtyard.  Grell was 72 years with an ailing heart decease that he would succumb to a few months later on November 21, 1960.  Grell and his wife Friedl loved this garden area of Tree Studios and entertained many family and friends here.  The colony was threatened in 1920, 1960 and again in the 1990’s finally closing as a resident art colony in 2001.  The structure still remains, however, the garden courtyard is only a small portion of it’s grand past due to the Medinah Temple expansion.  Grell lived in studio number’s 0, 16 and his last home/studio was at 617 N. State St., which is now a tea shop.  Grell lived next door to close friend and Tarzan & Jane illustrator J. Allen St. John for decades.

Conserved at the Gerald Ford Conservation Center Omaha, NE in 2013