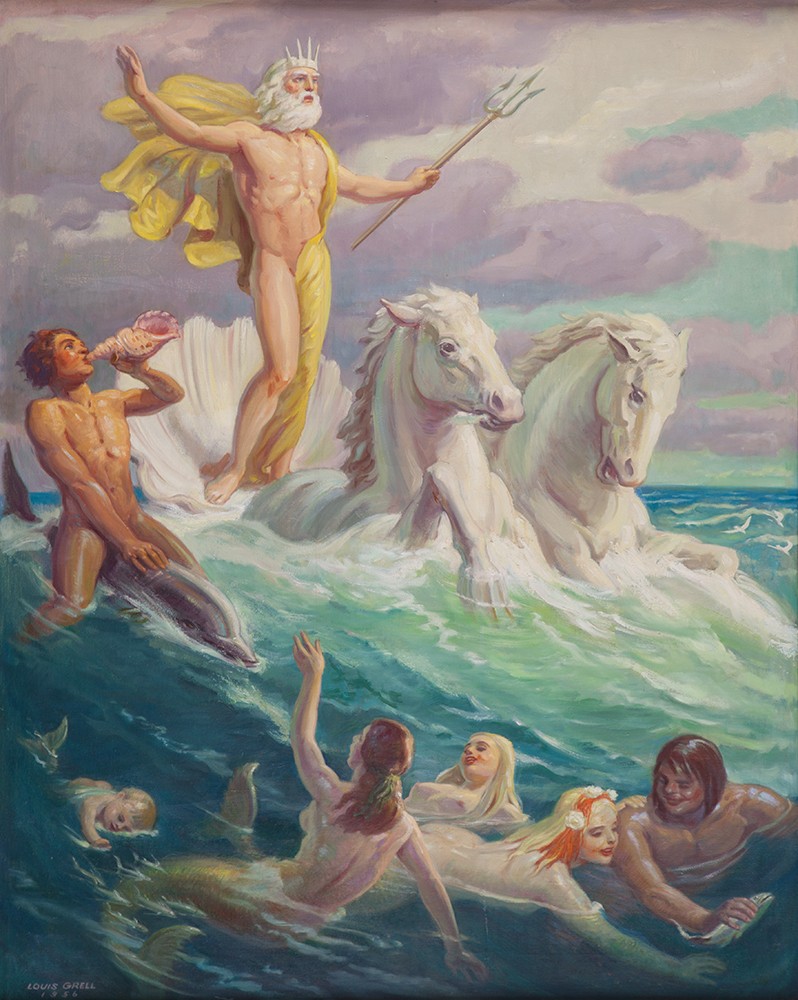 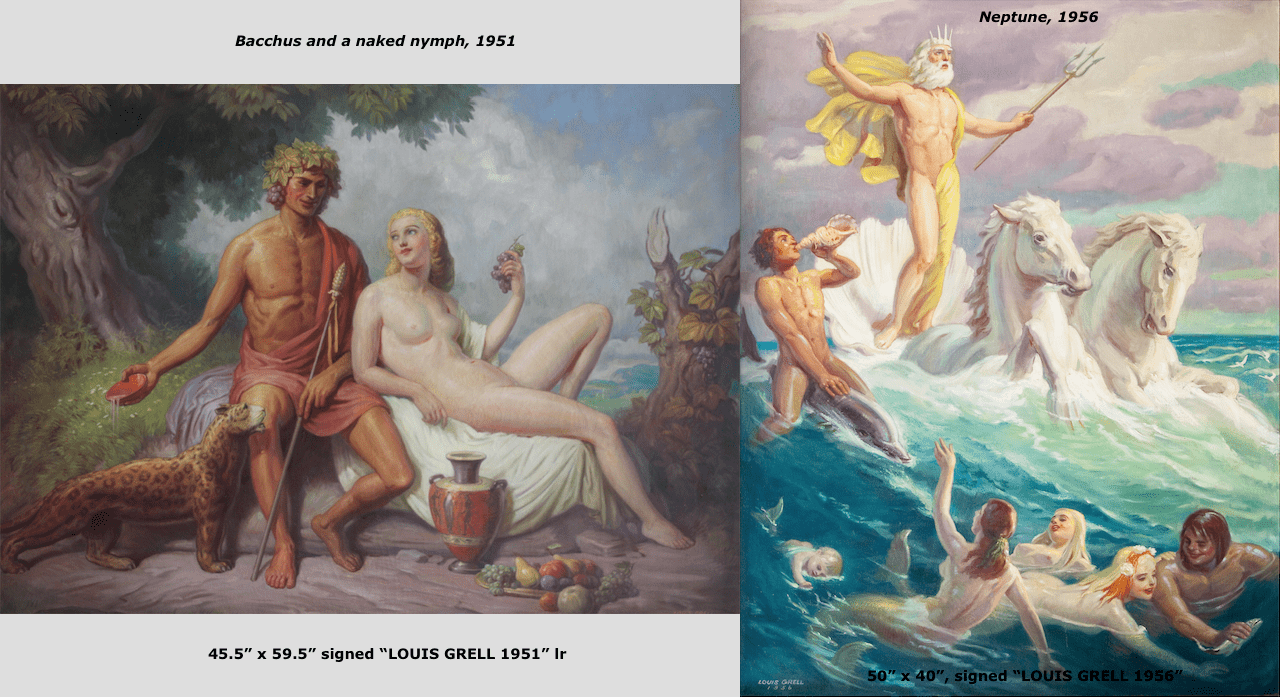 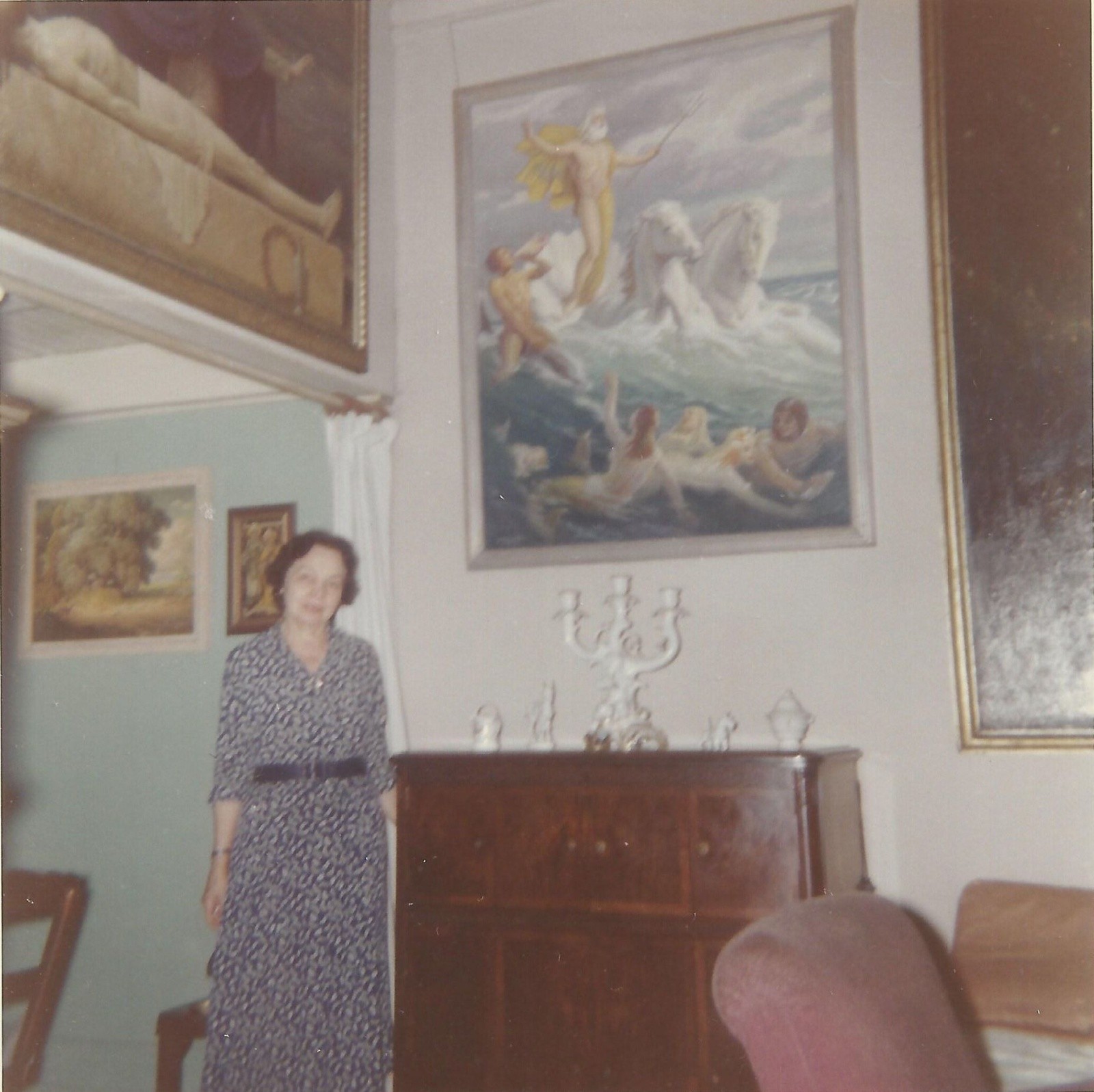 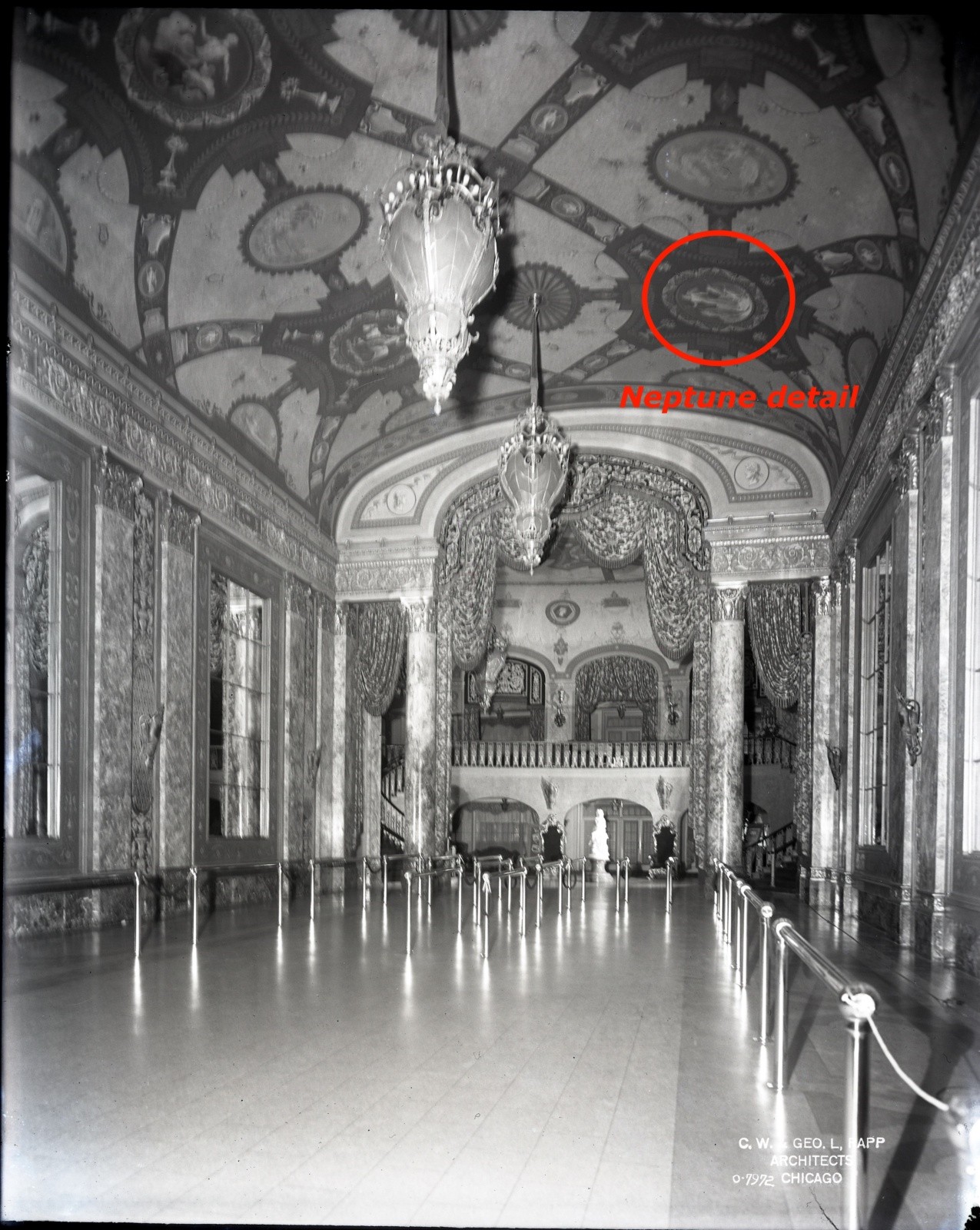 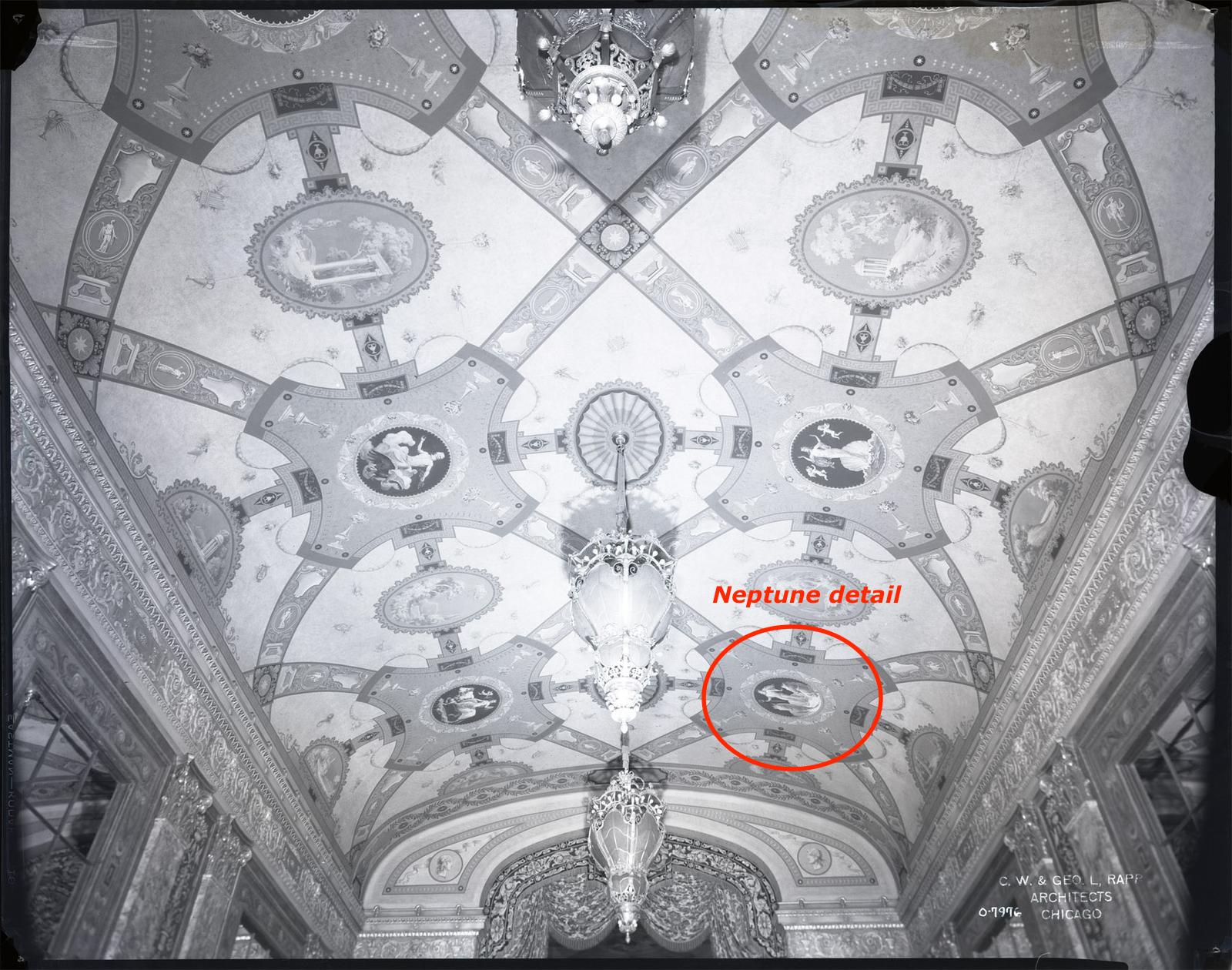 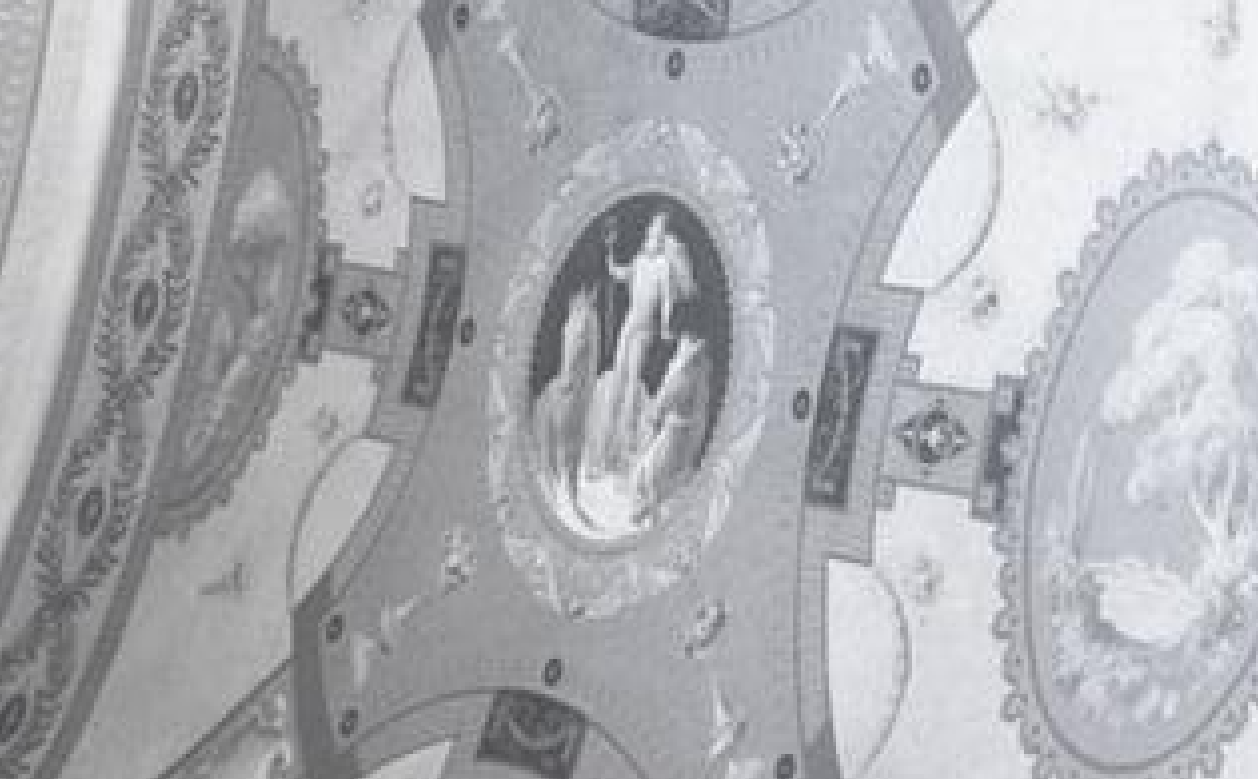 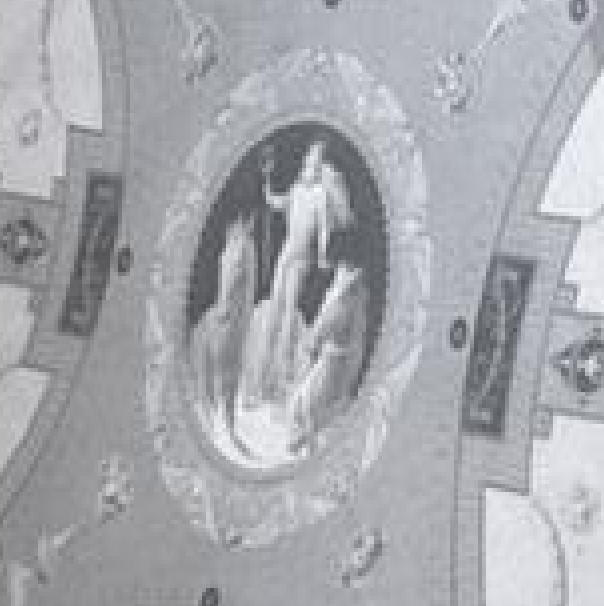 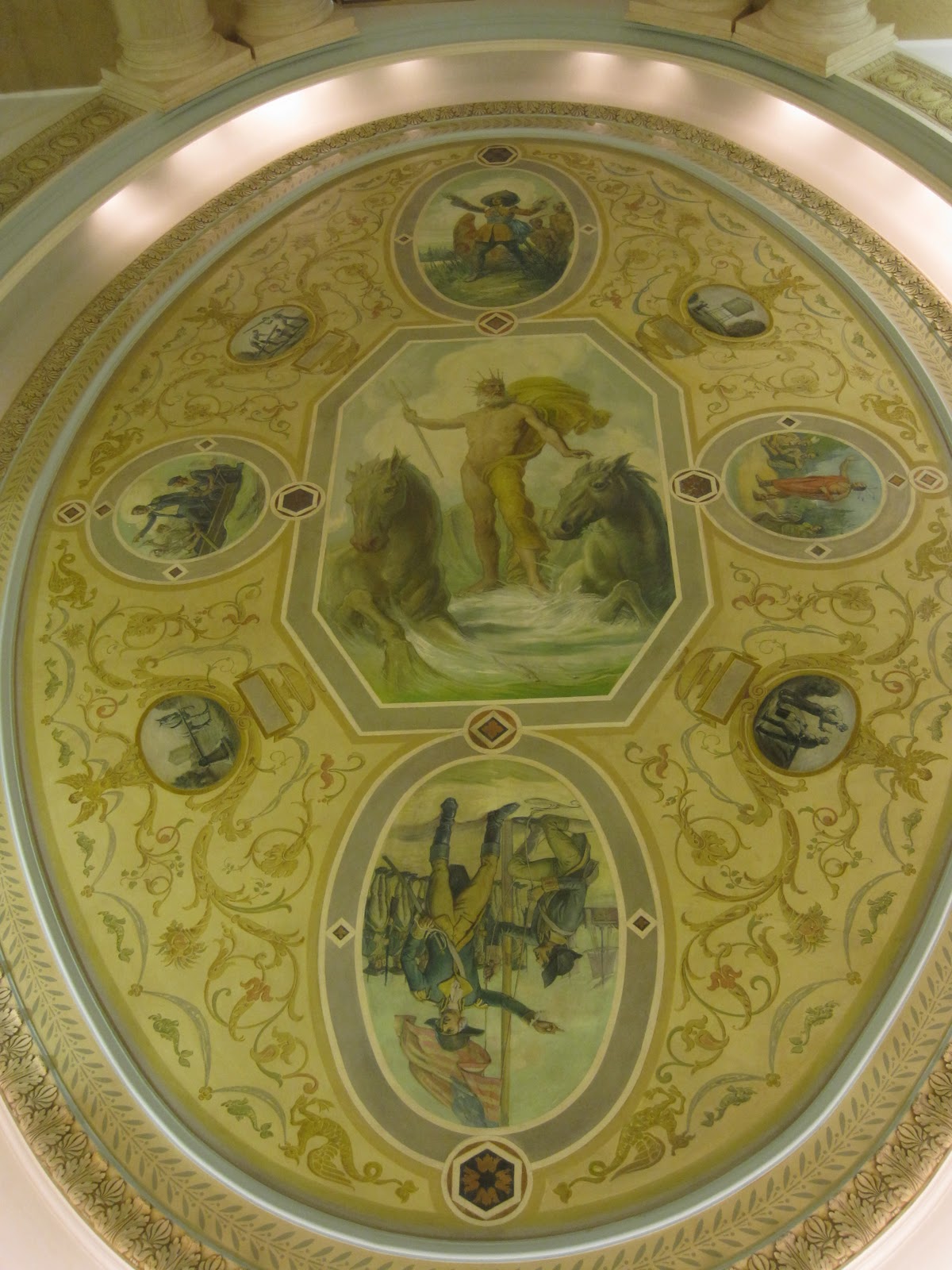 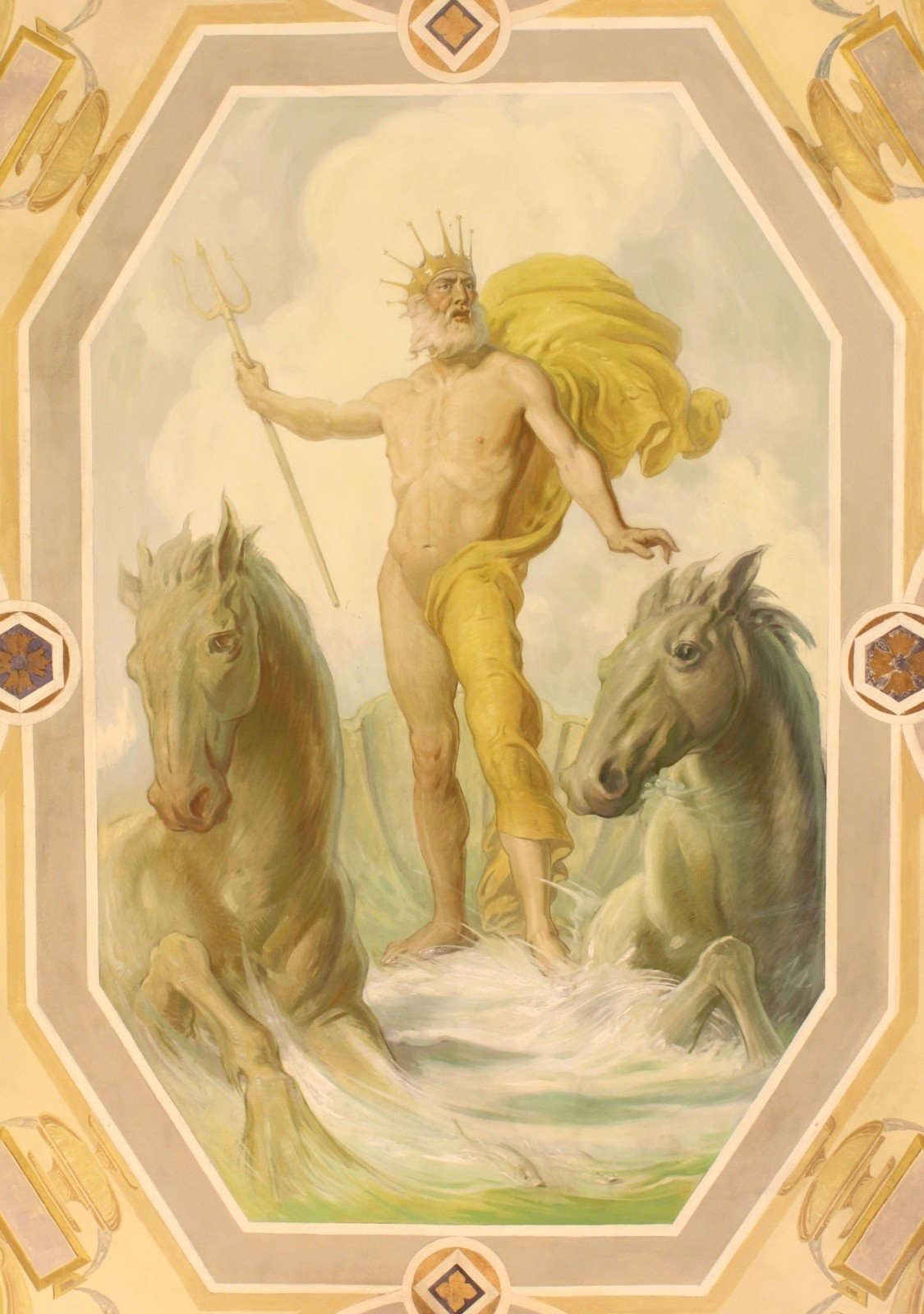 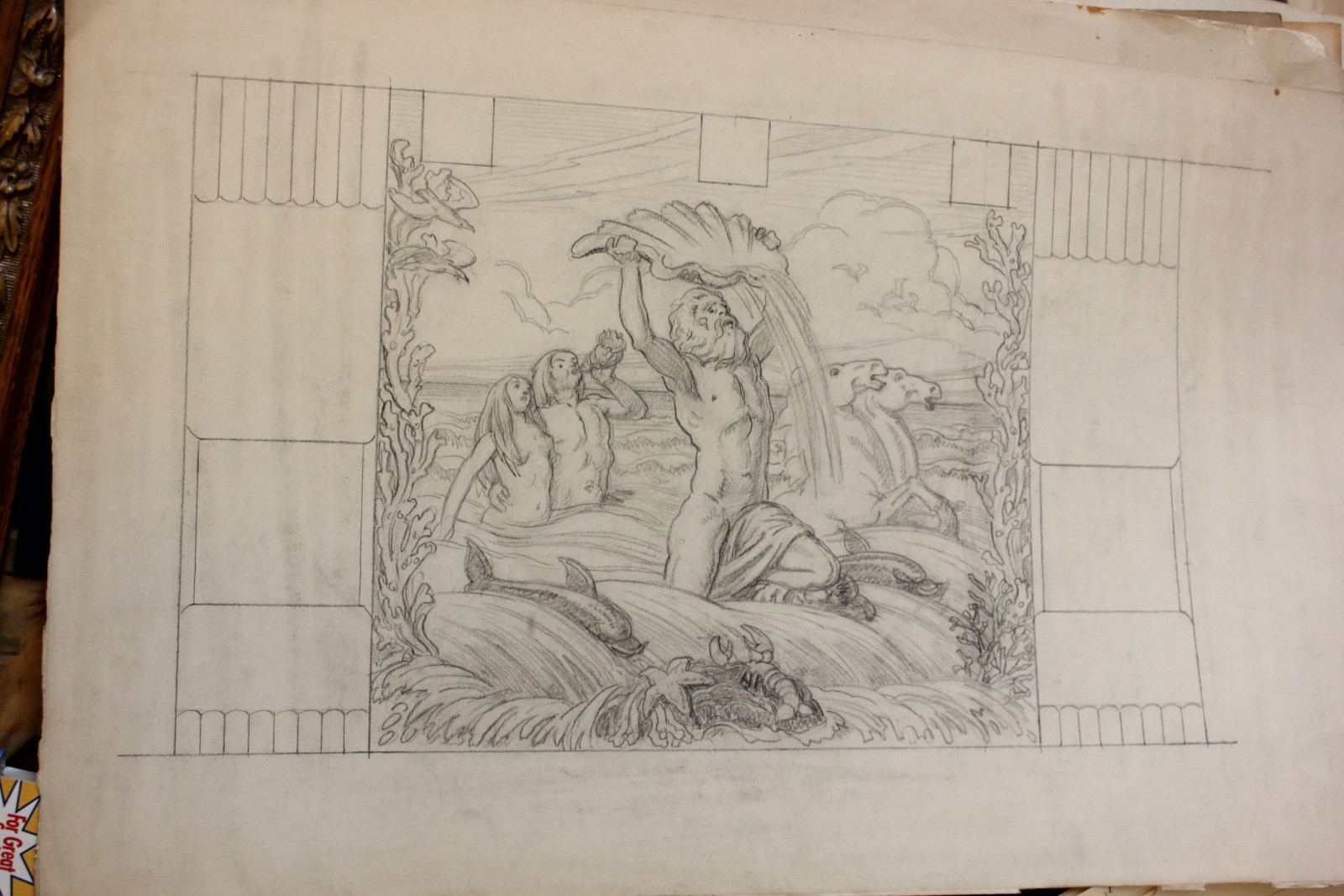 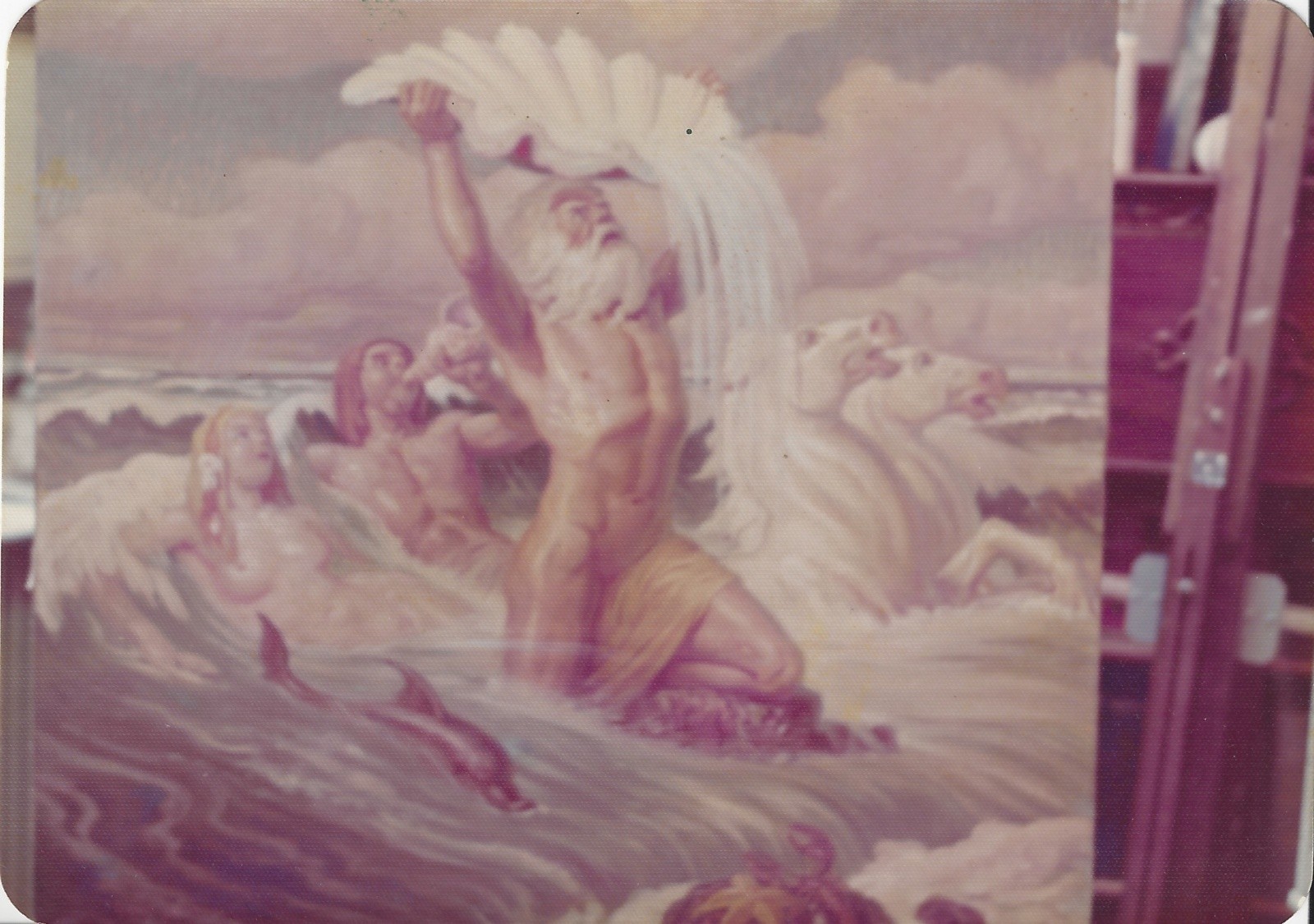 Neptune, now known as part of a series of ten paintings by Grell over his lifetime, is possibly a mural record representing Grell’s work in the City of Detroit, Water Board Building from 1927 and also his commission for the Toledo Paramount Theatre.  Neptune is possibly the last in the series.  This large painting hung in the artists’ last studio location at Tree Studios artist colony at 617 N. State St, Chicago.  Another similarly sized large oil from 1937, titled The Garden of Eden is held in a private collection in Illinois by a former student of Grell’s.  The Council Bluffs Iowa local Grell collection also includes the sketch, Neptune Riding Horses, similar to a small section of the Toledo Paramount Theatre commission.