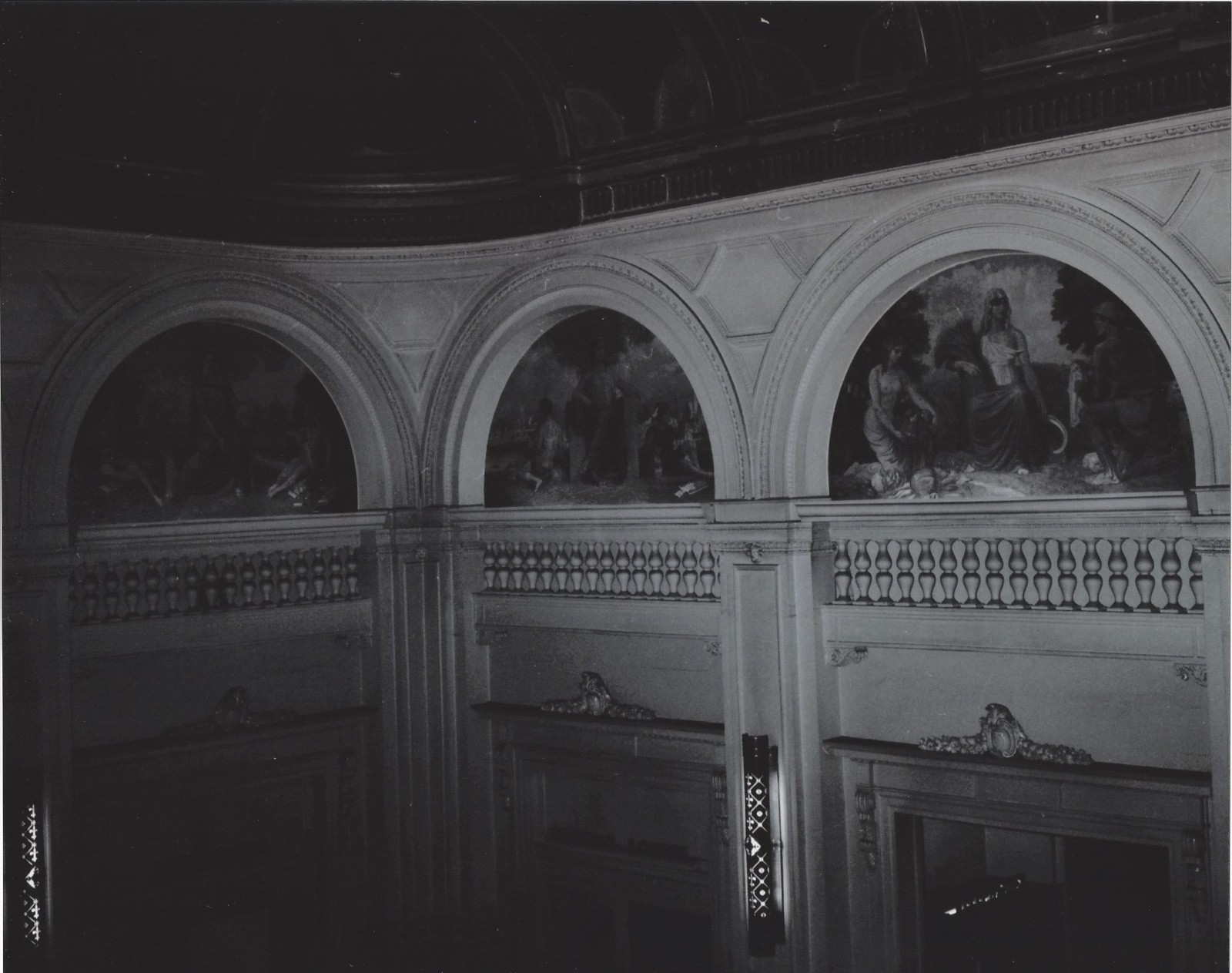 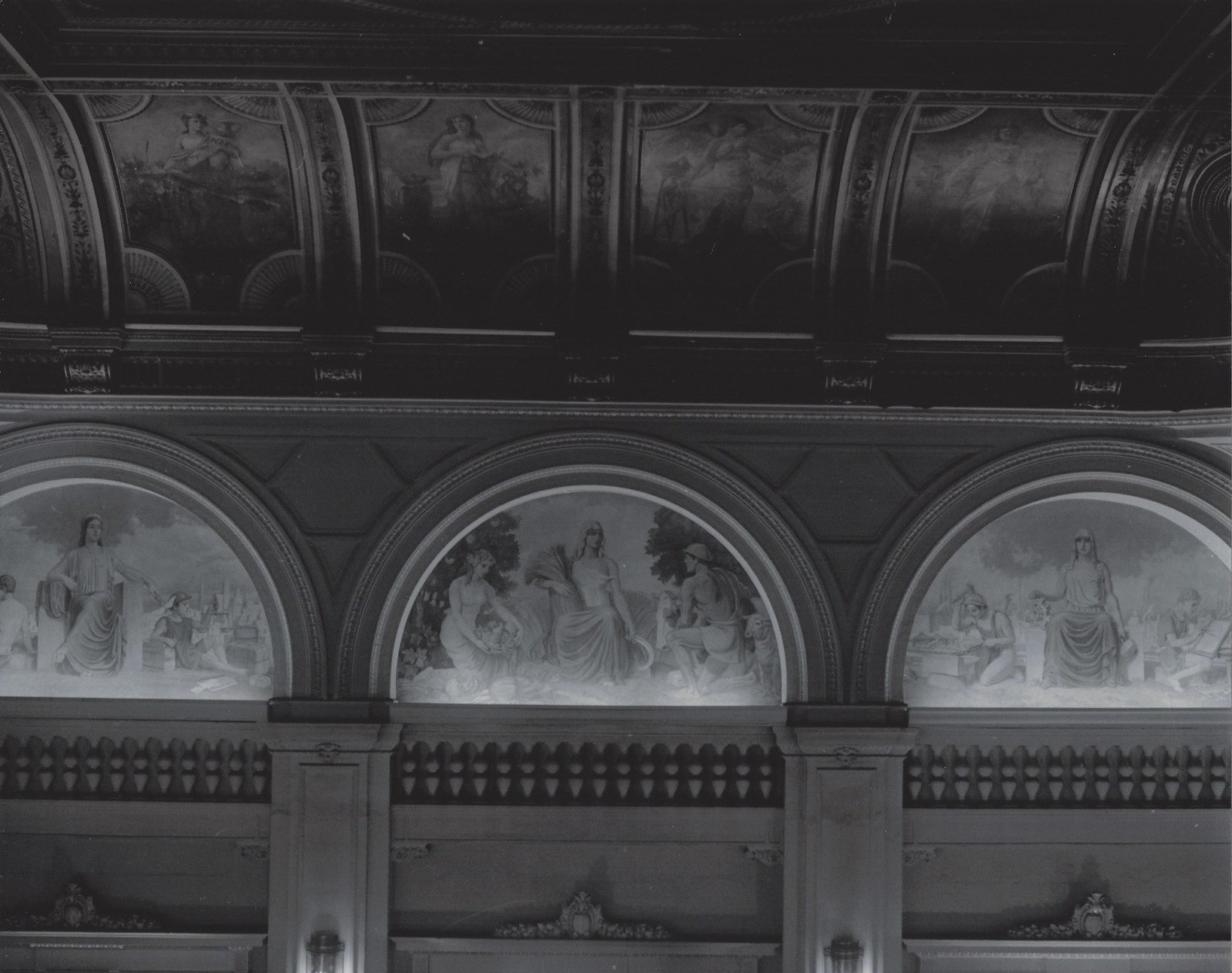 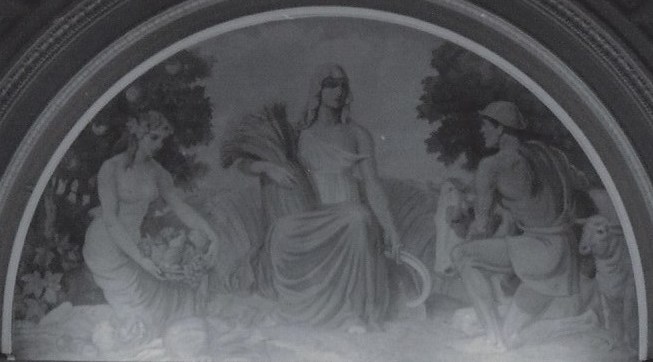 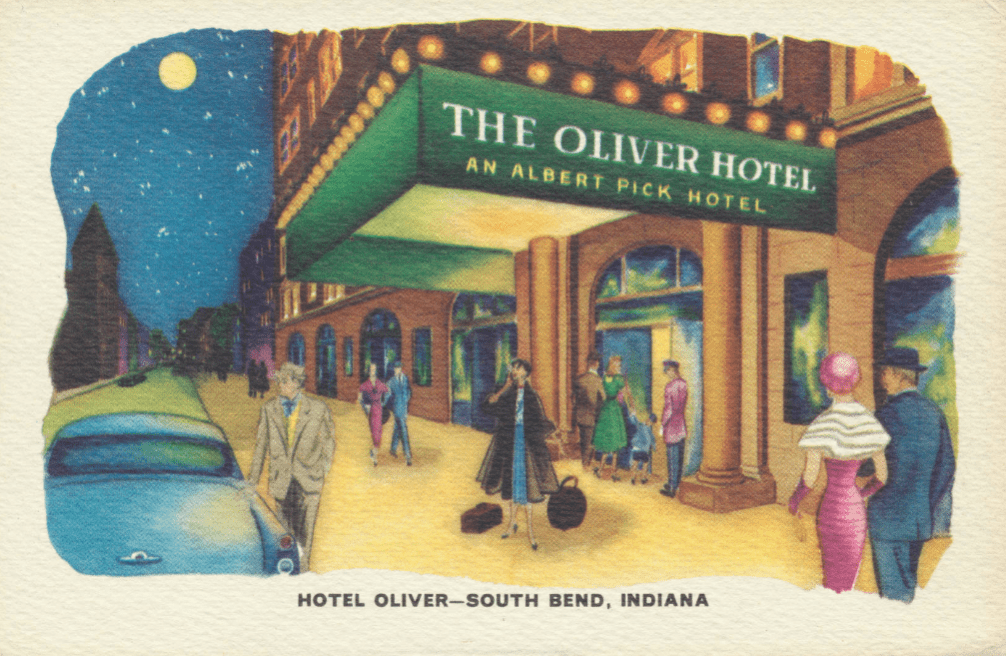 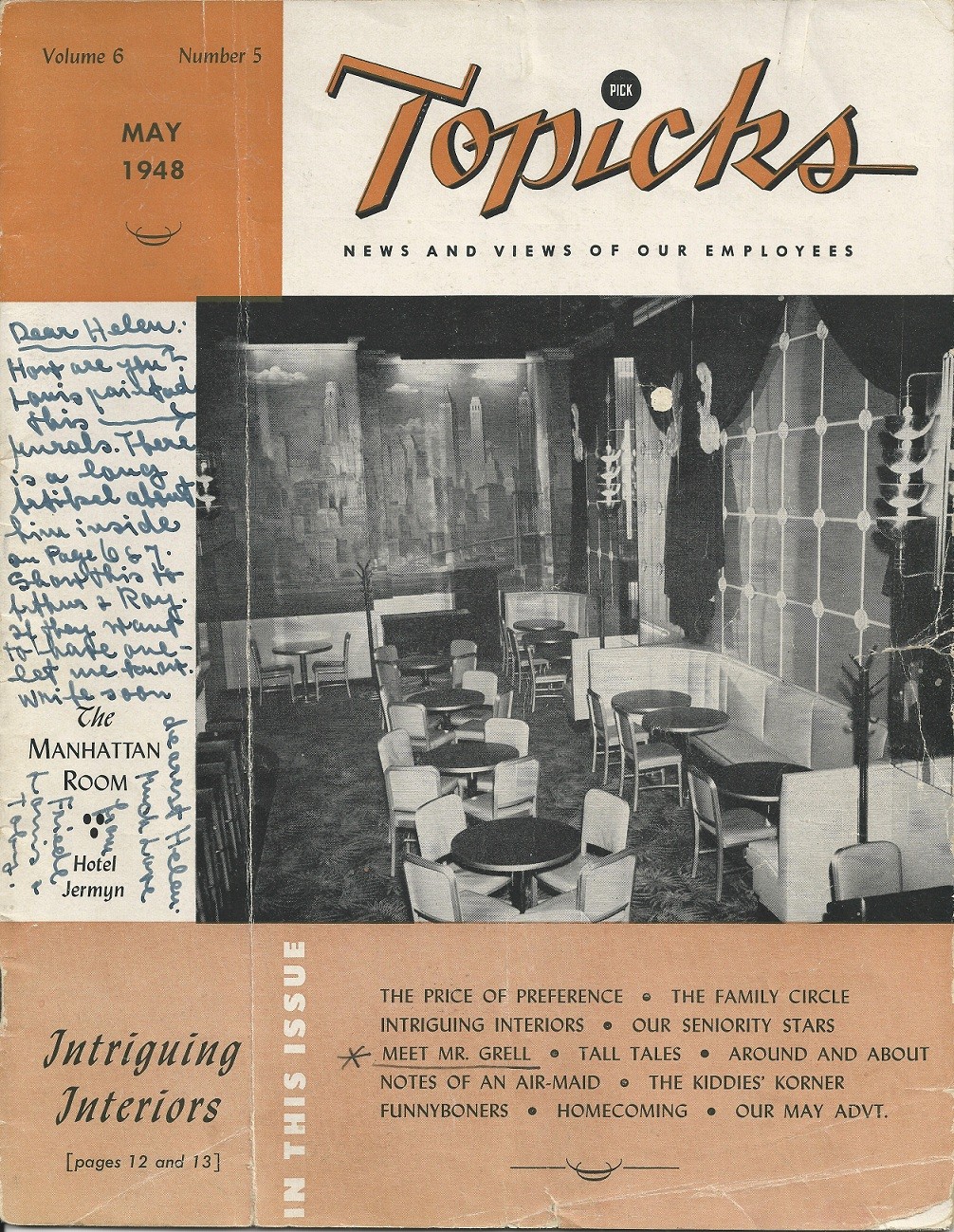 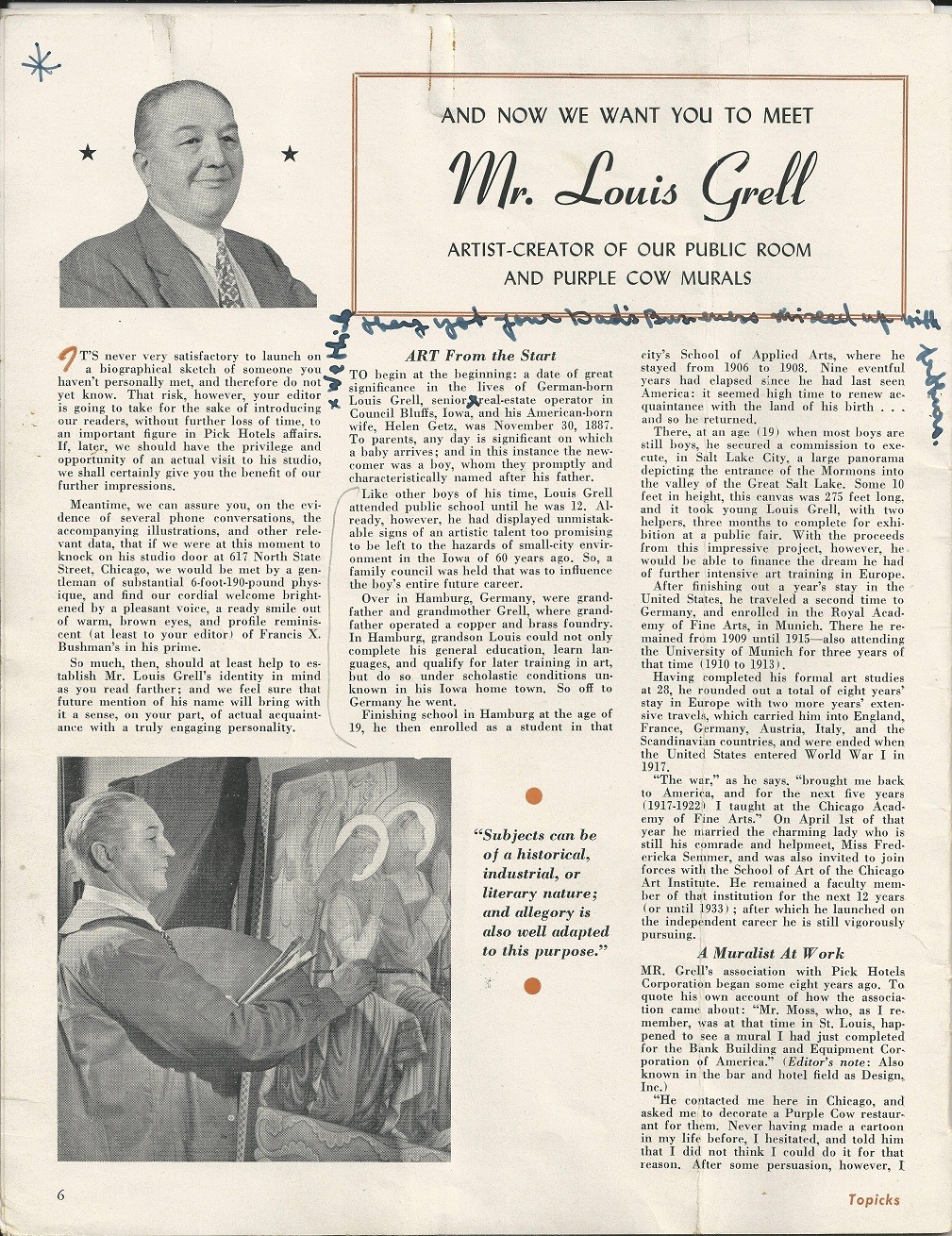 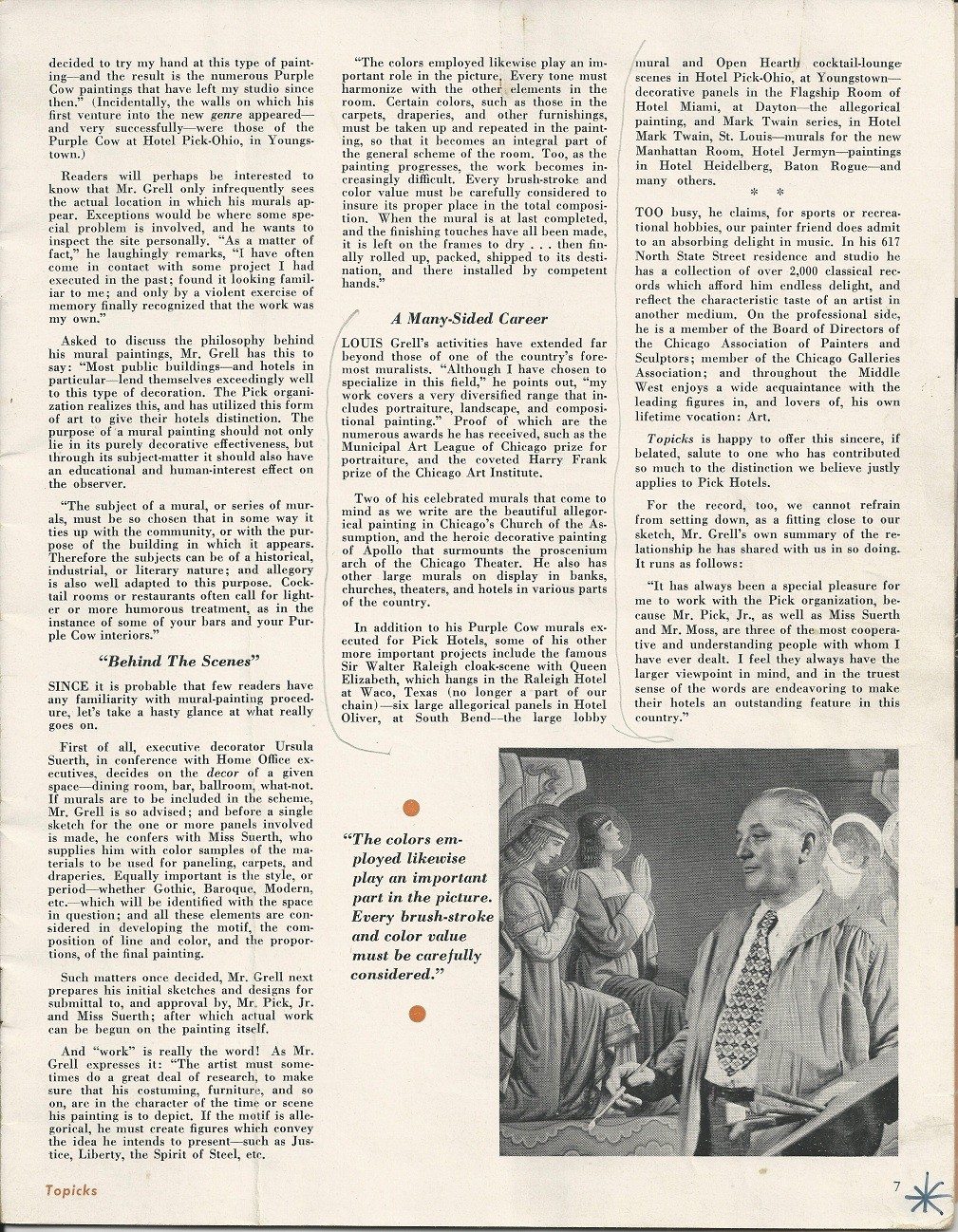 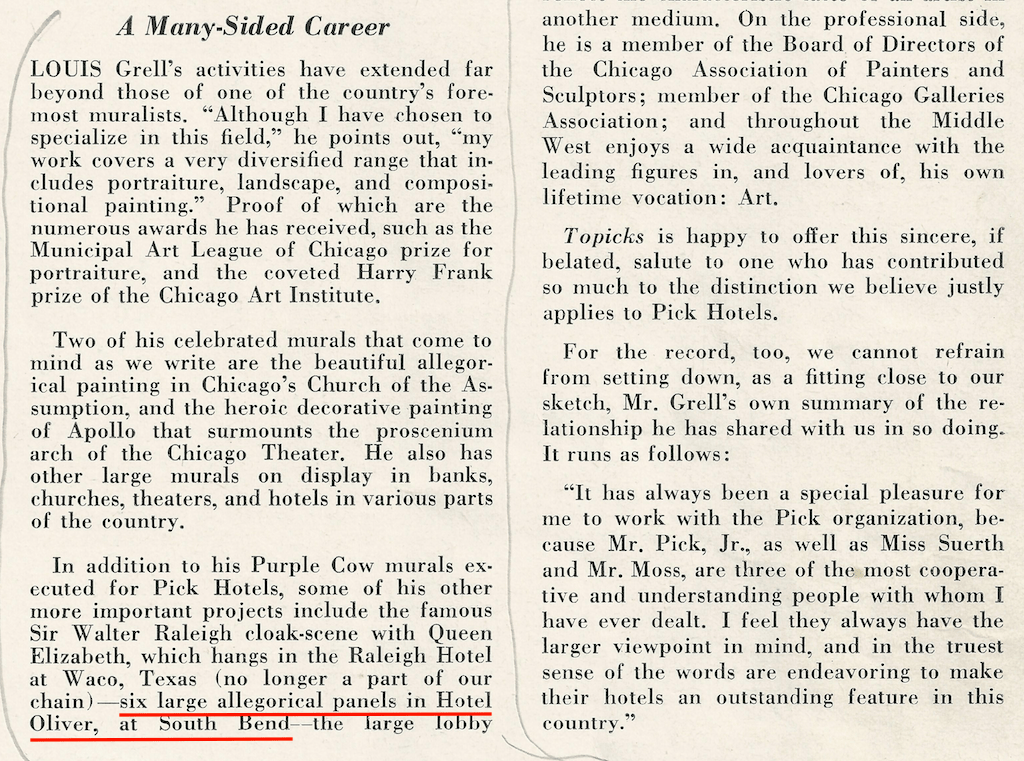 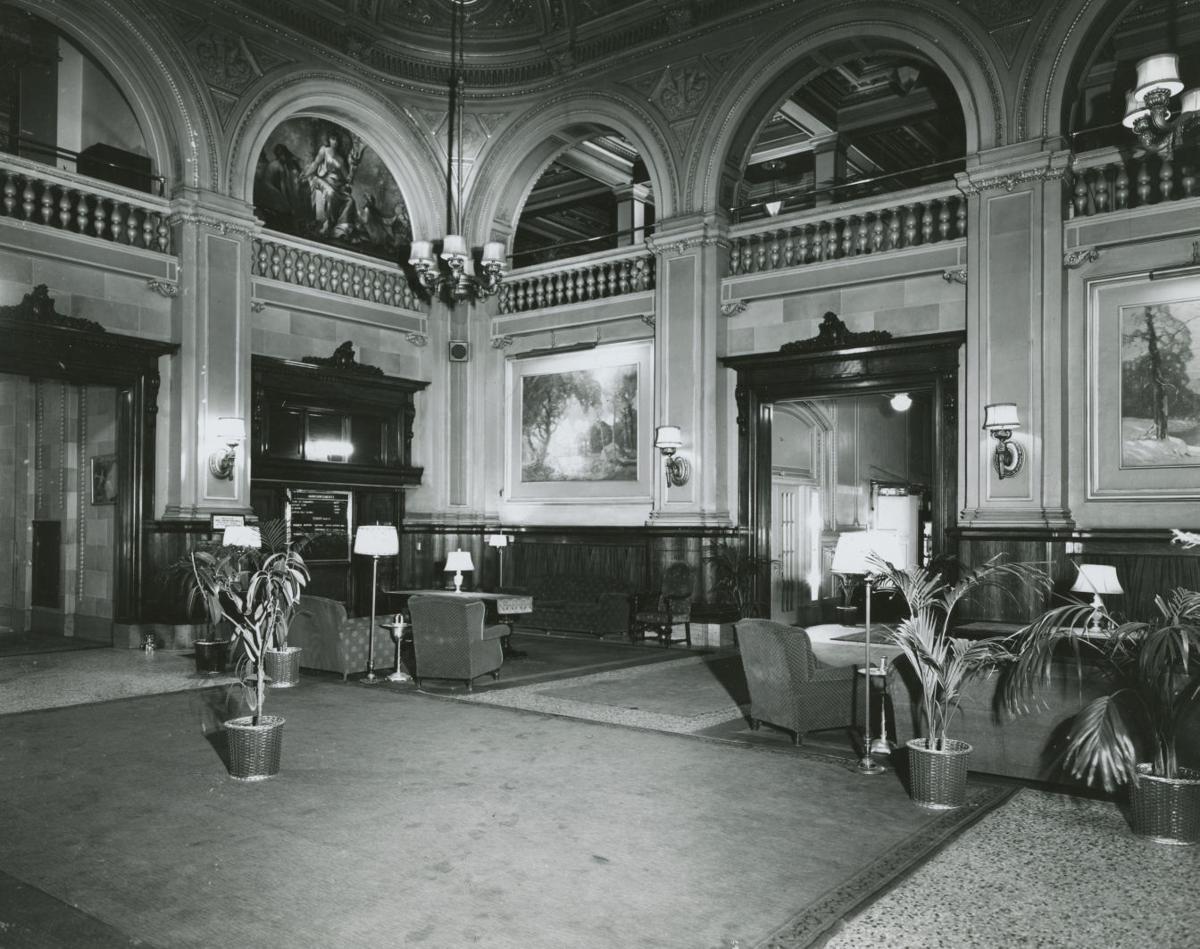 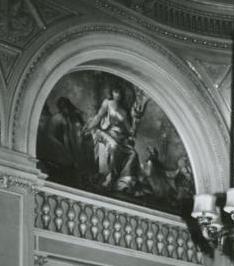 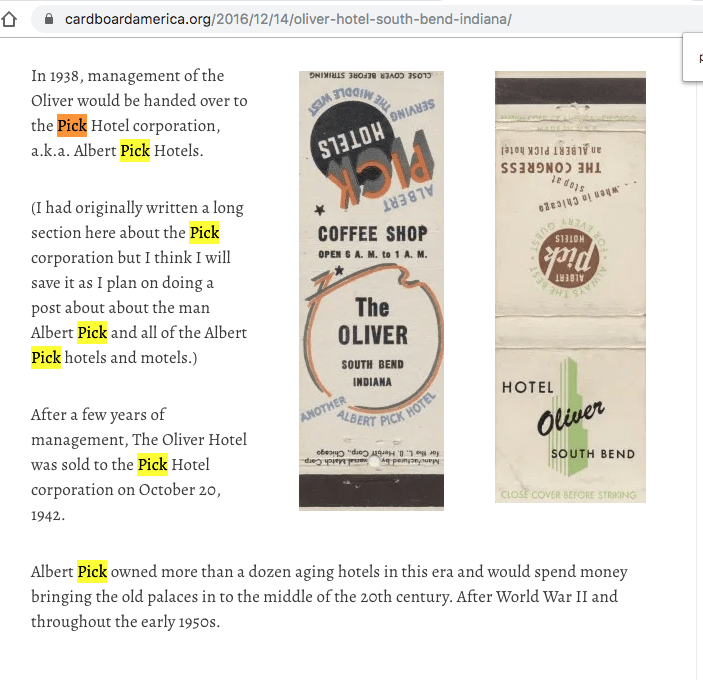 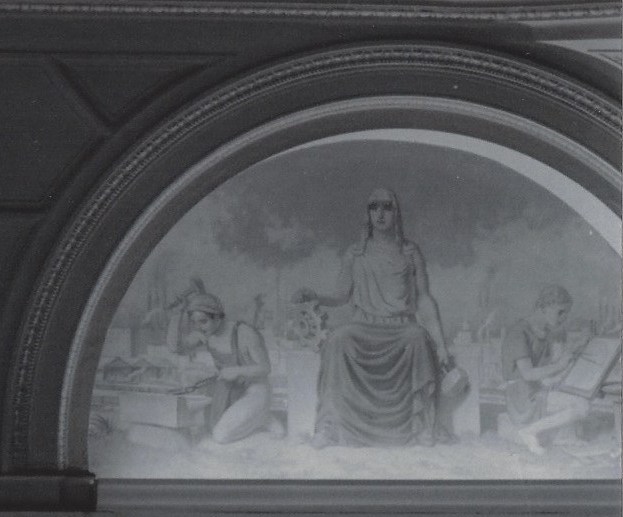 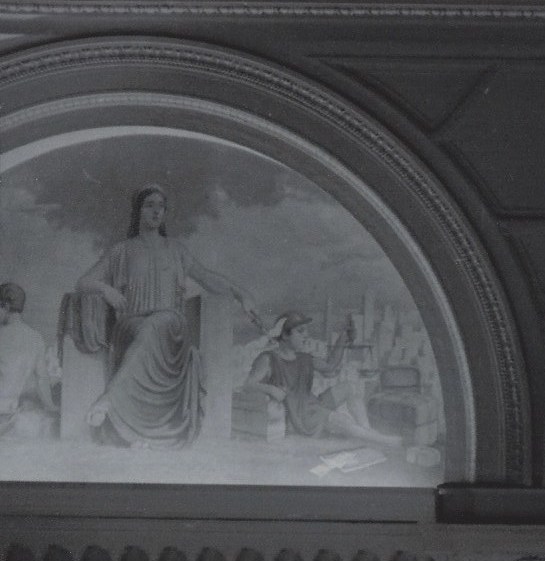 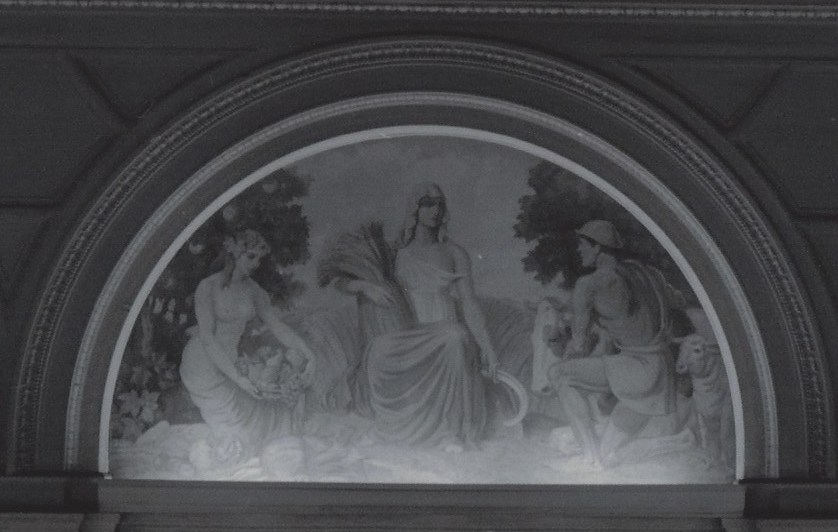 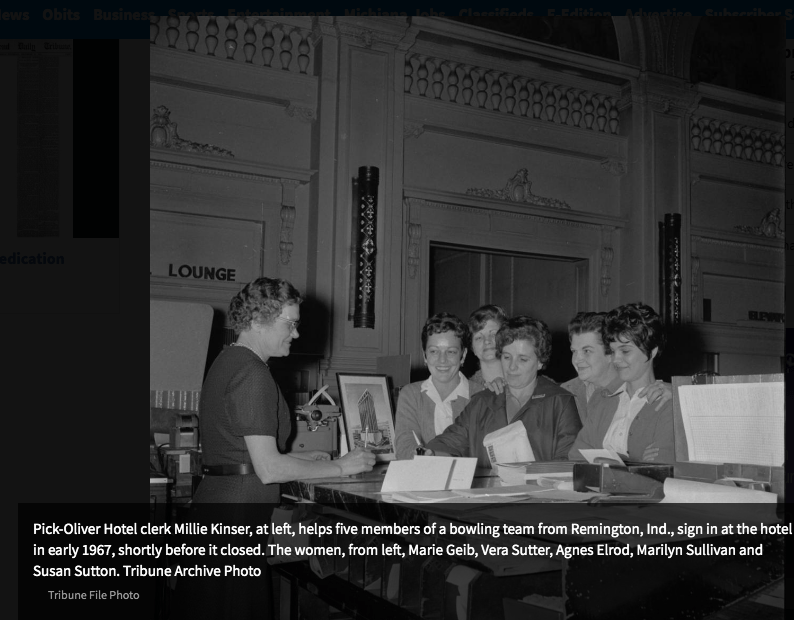 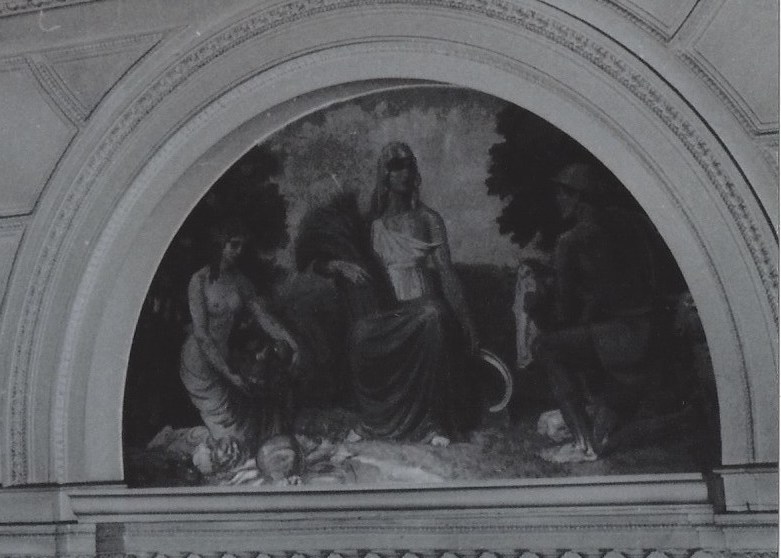 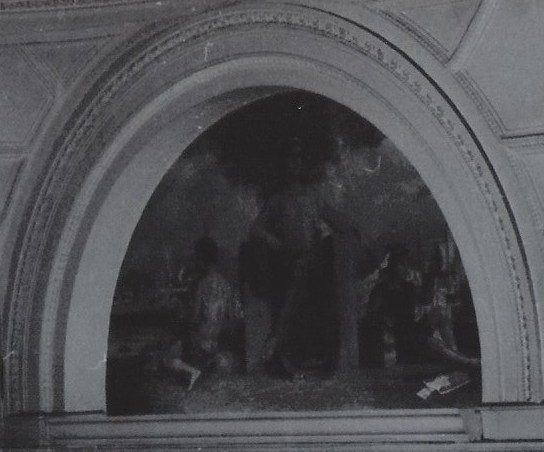 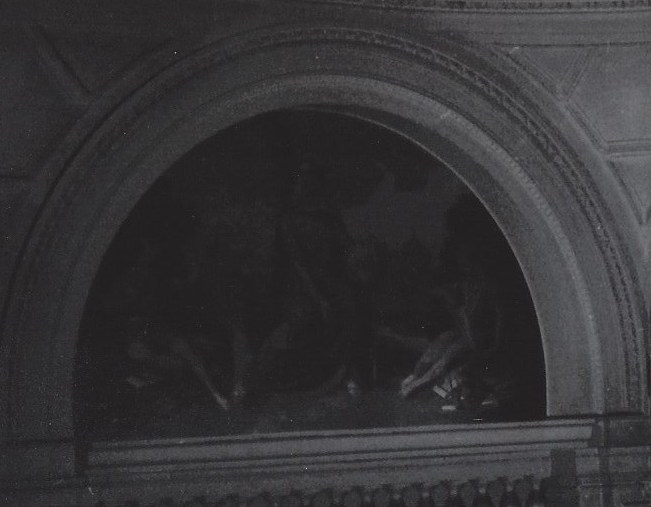 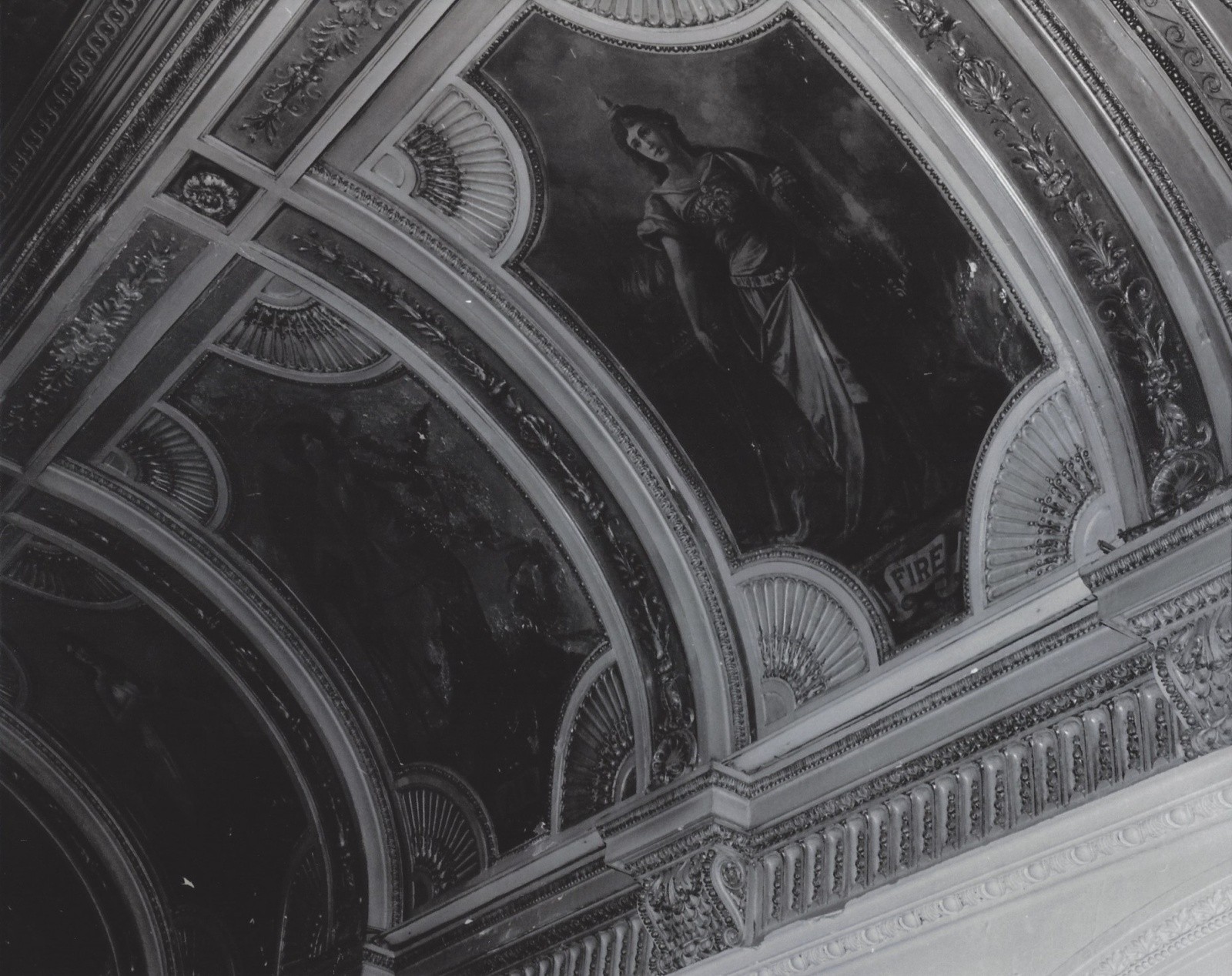 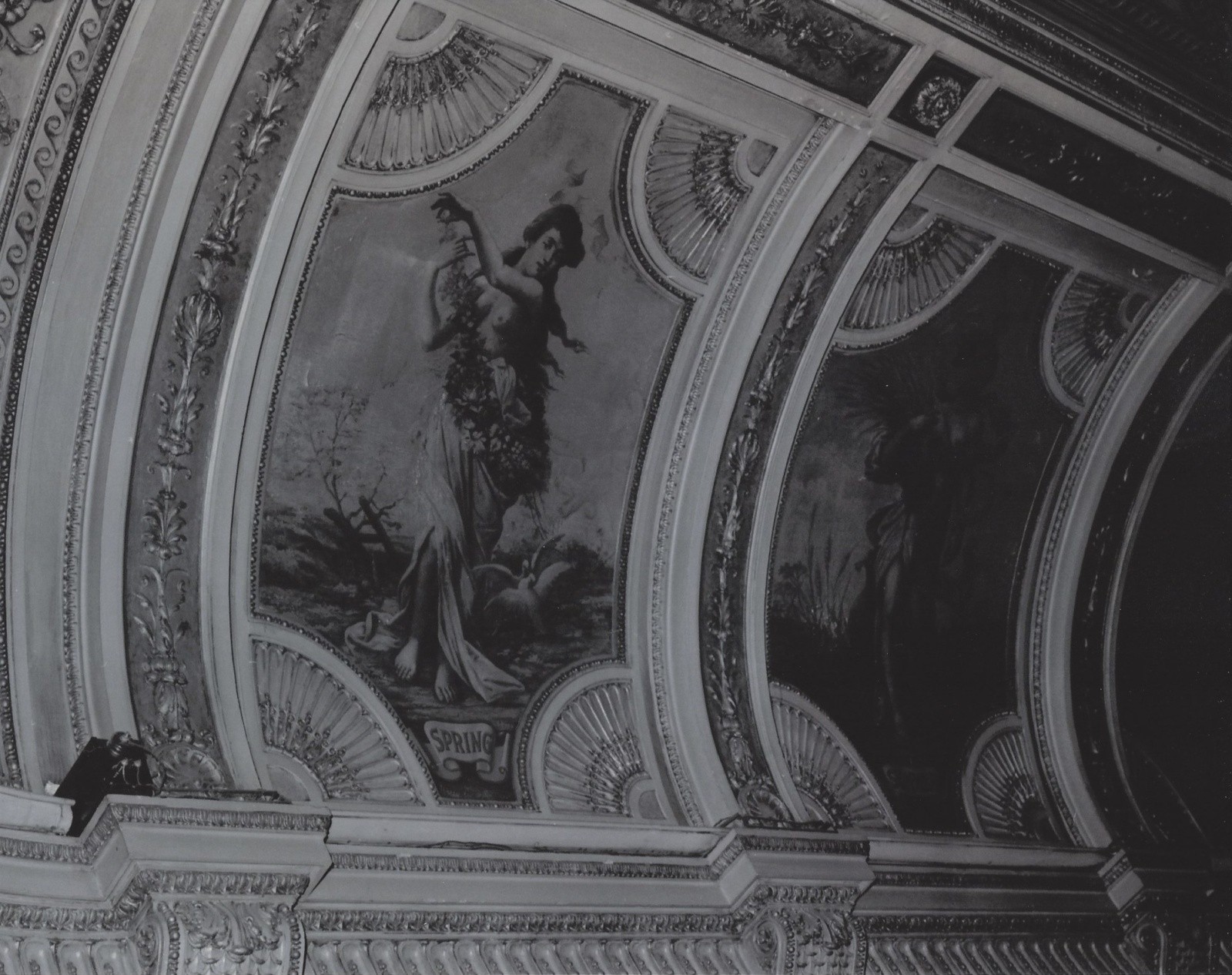 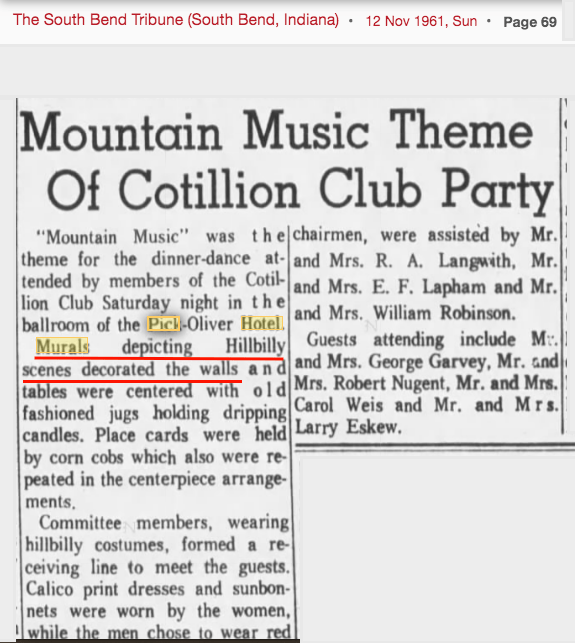 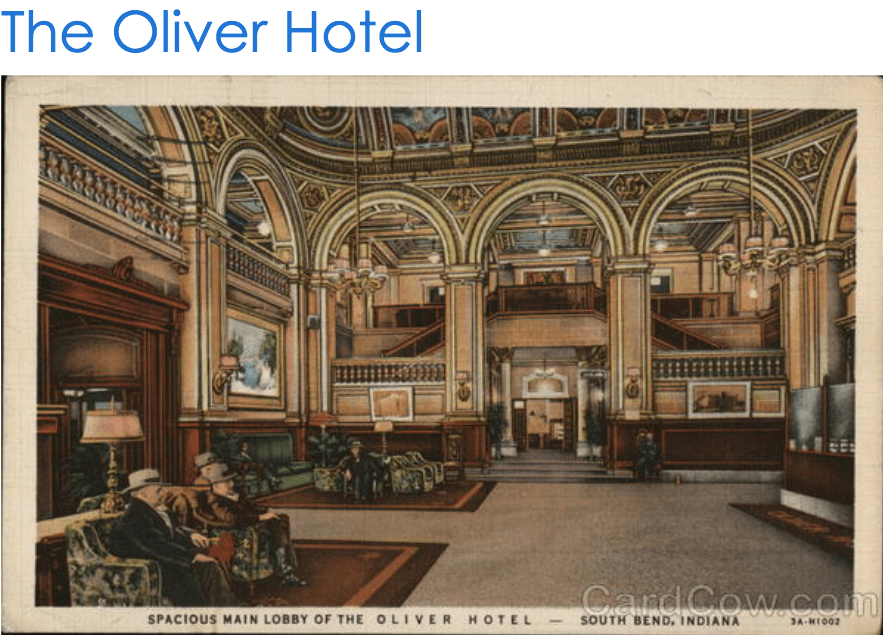 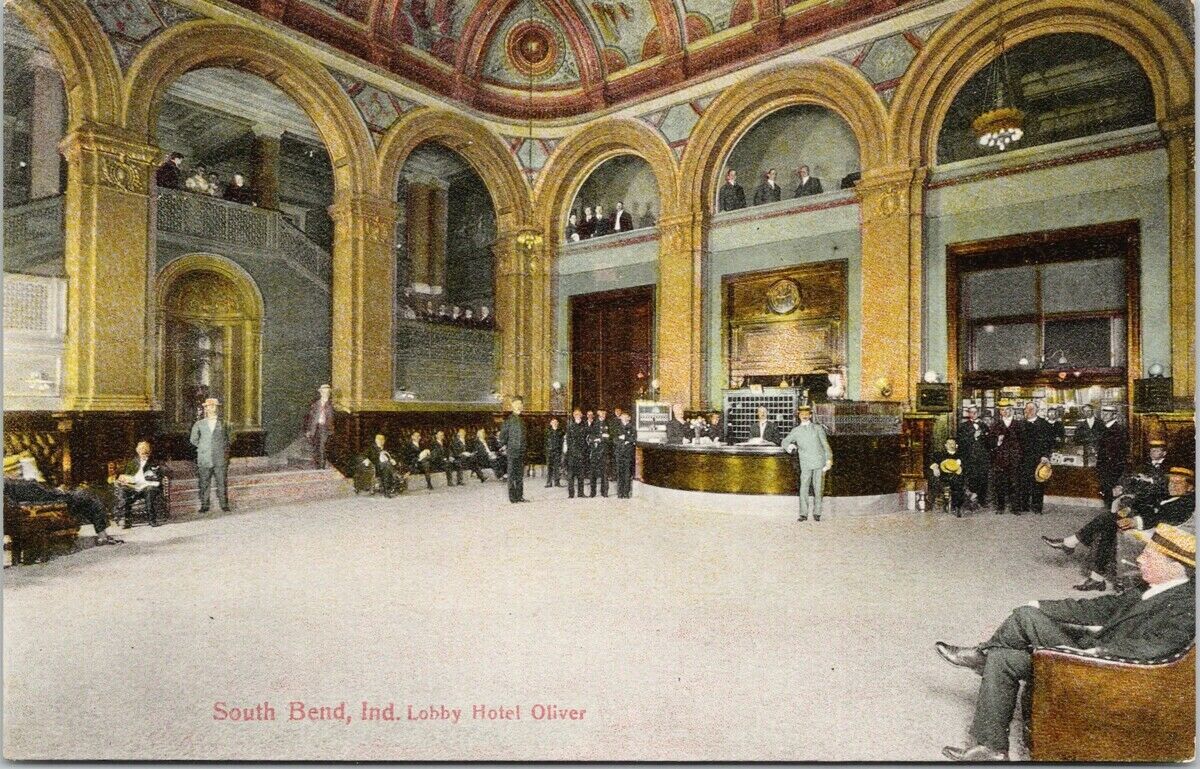 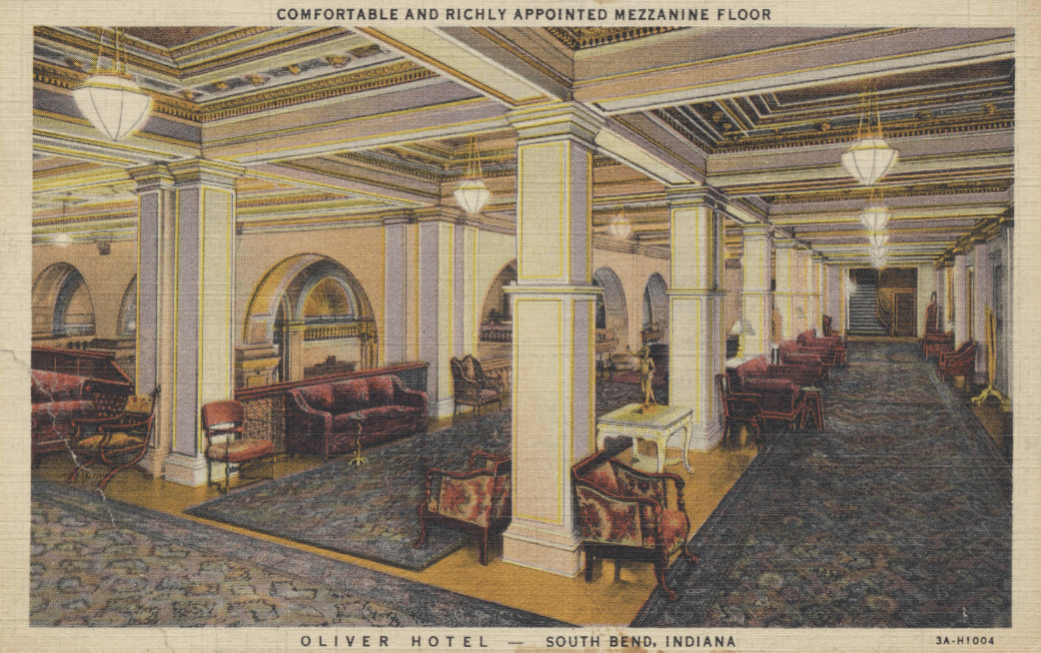 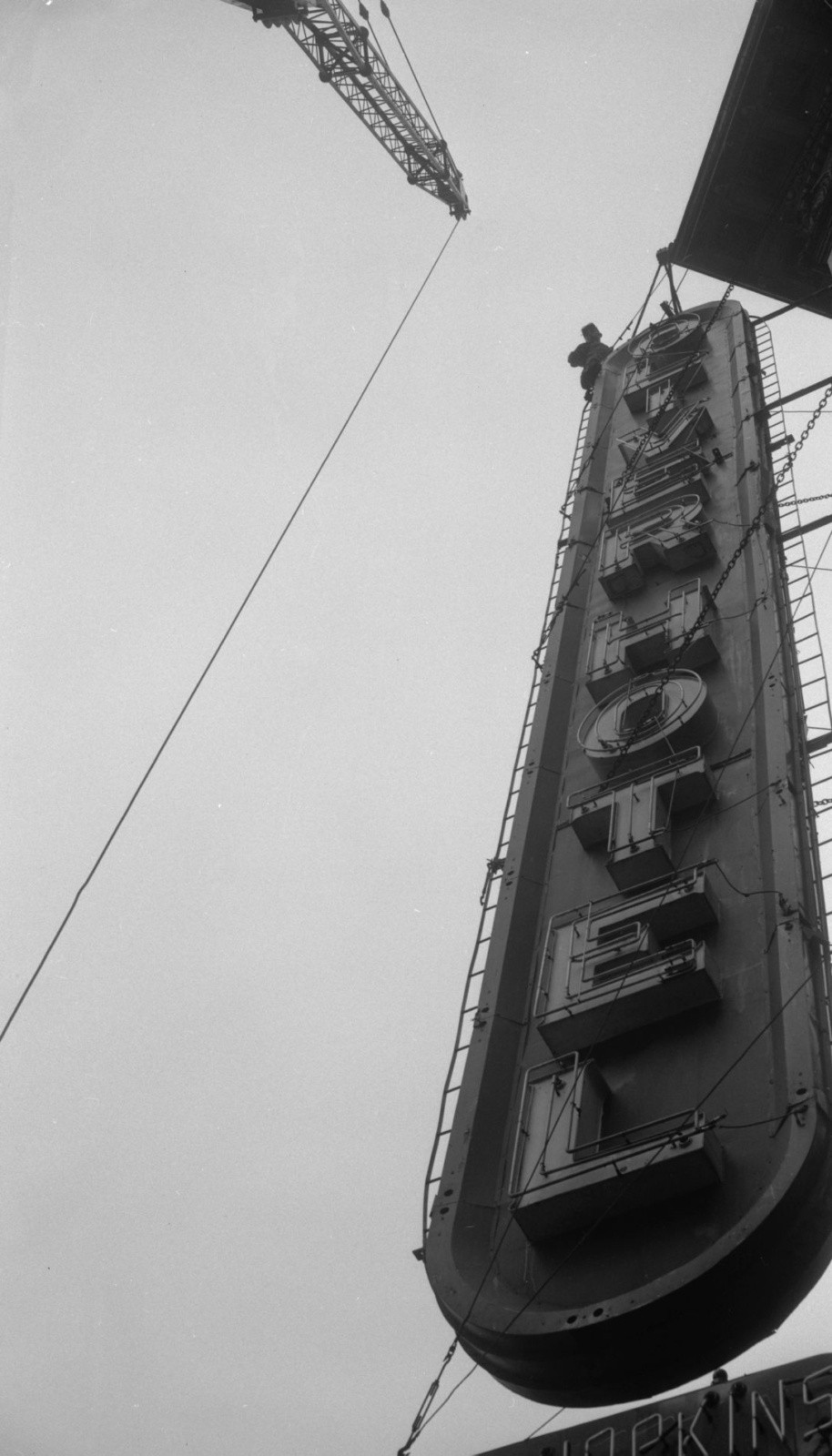 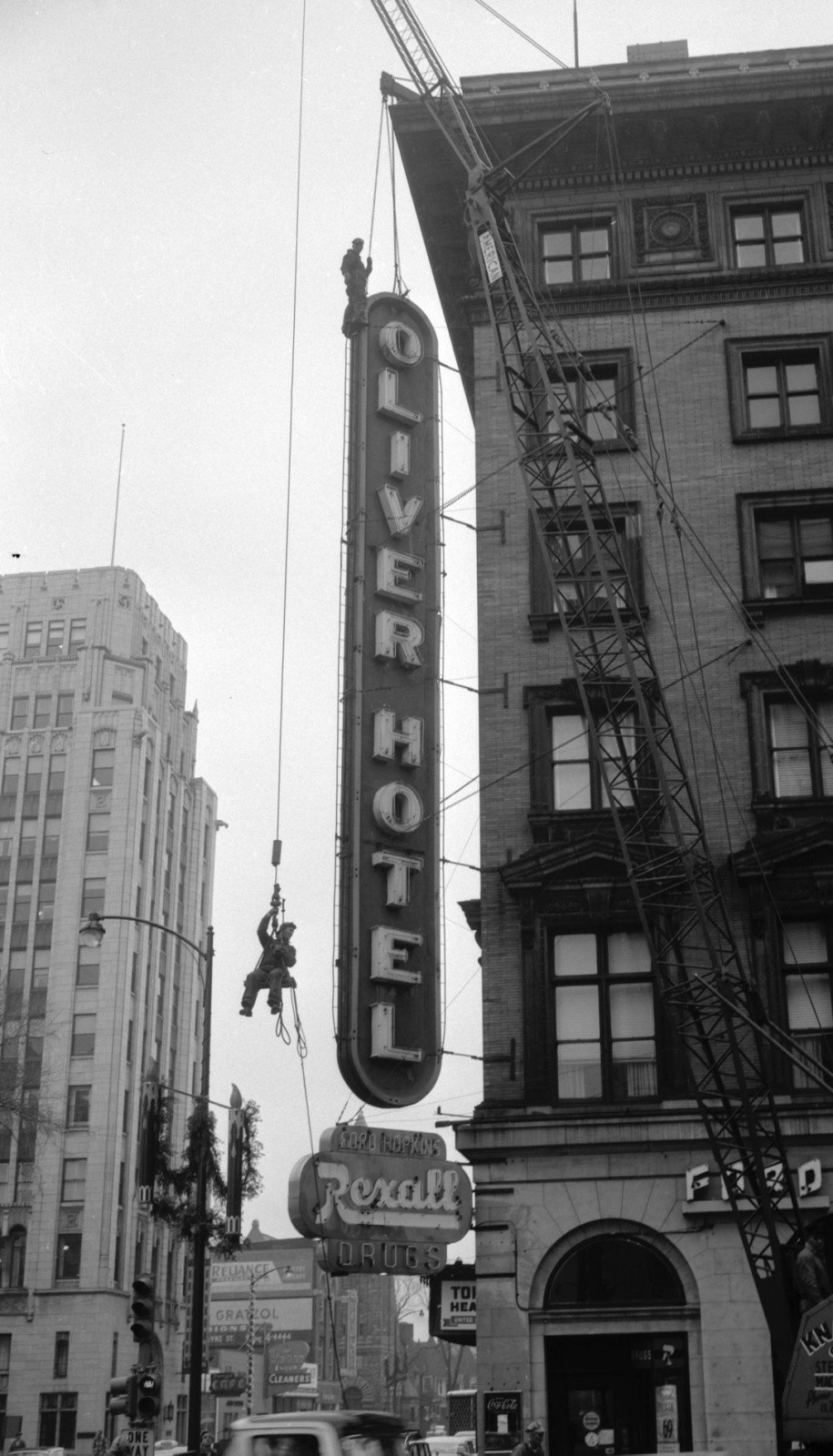 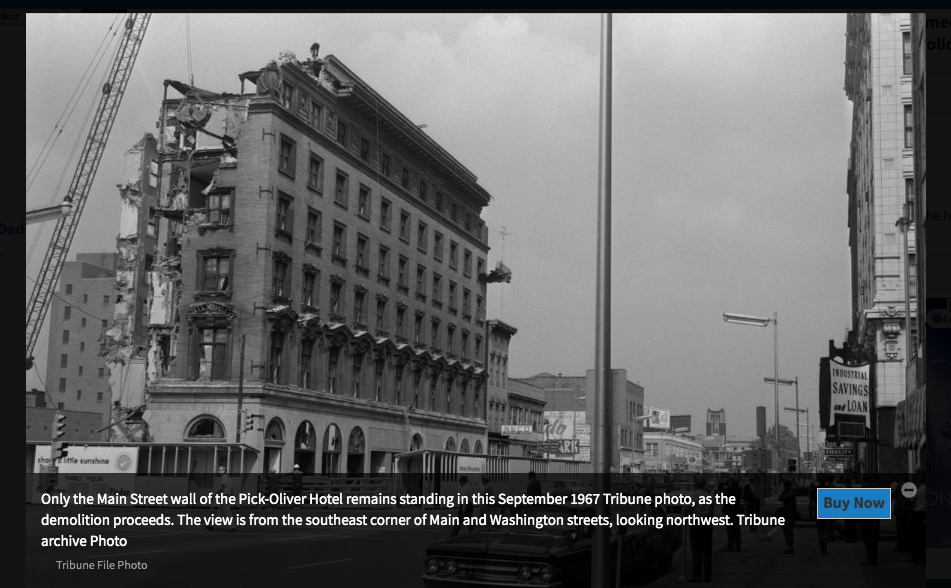 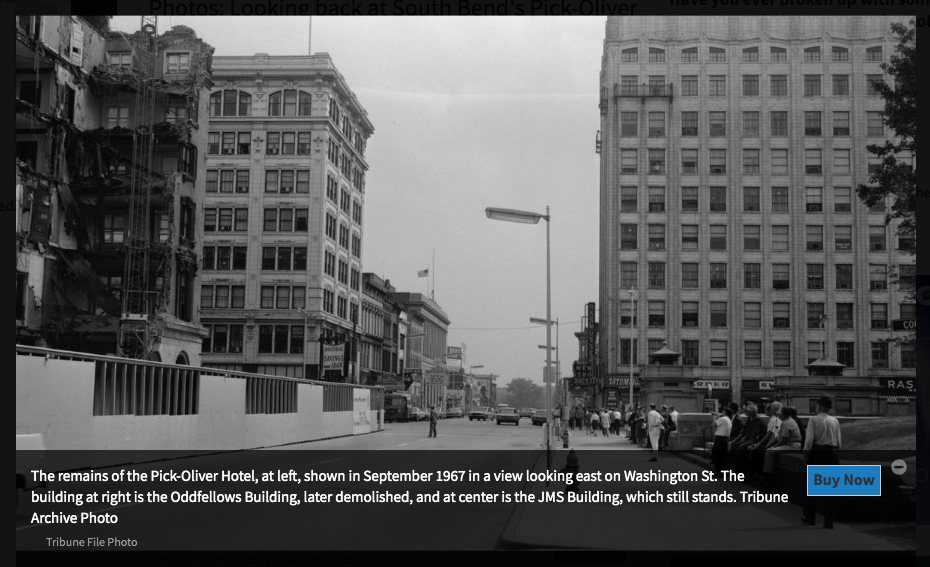 The elegant six story structure originally opened December 20, 1899 as the nicest hotel in Indiana and one of the finest in the entire country.  Grell’s involvement became certain after 1938 when the Albert Pick Company took over management of the Oliver.  In 1942, Albert Pick Jr. outright purchased the property and commissioned Grell to paint the newer six allegorical lower lunette murals in the lobby.  At present, it is unknown who painted the upper murals.  There were large wall paintings in the lobby and “Hillbilly” murals painted in other locations of the hotel.  In 1955, Grell would paint similar lunette murals in the lobby of the Congress Plaza Hotel in Chicago commissioned by the Albert Pick Company.