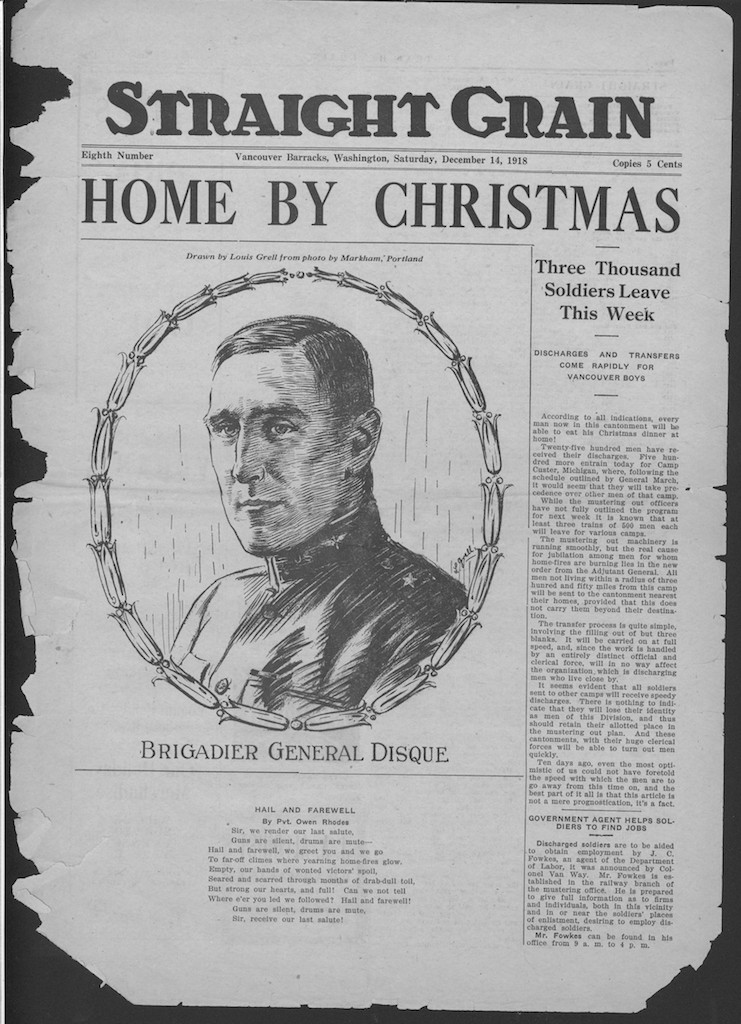 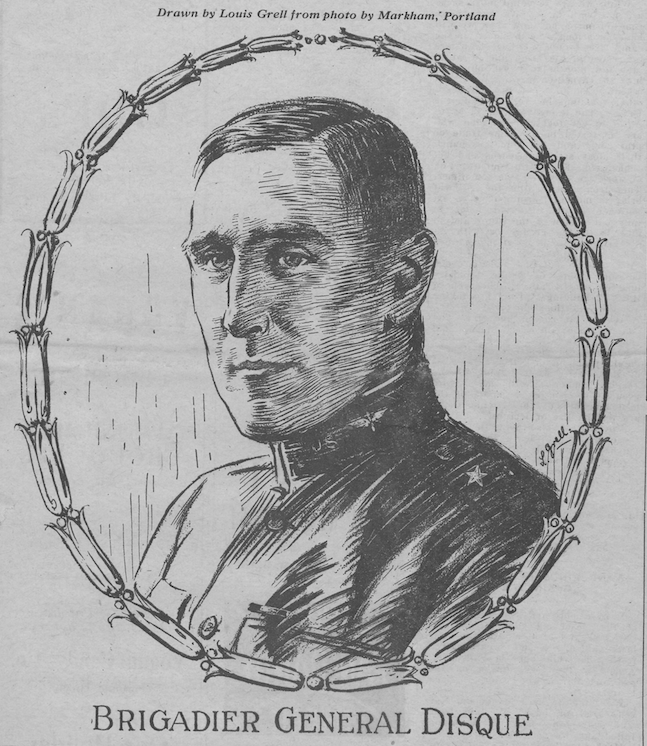 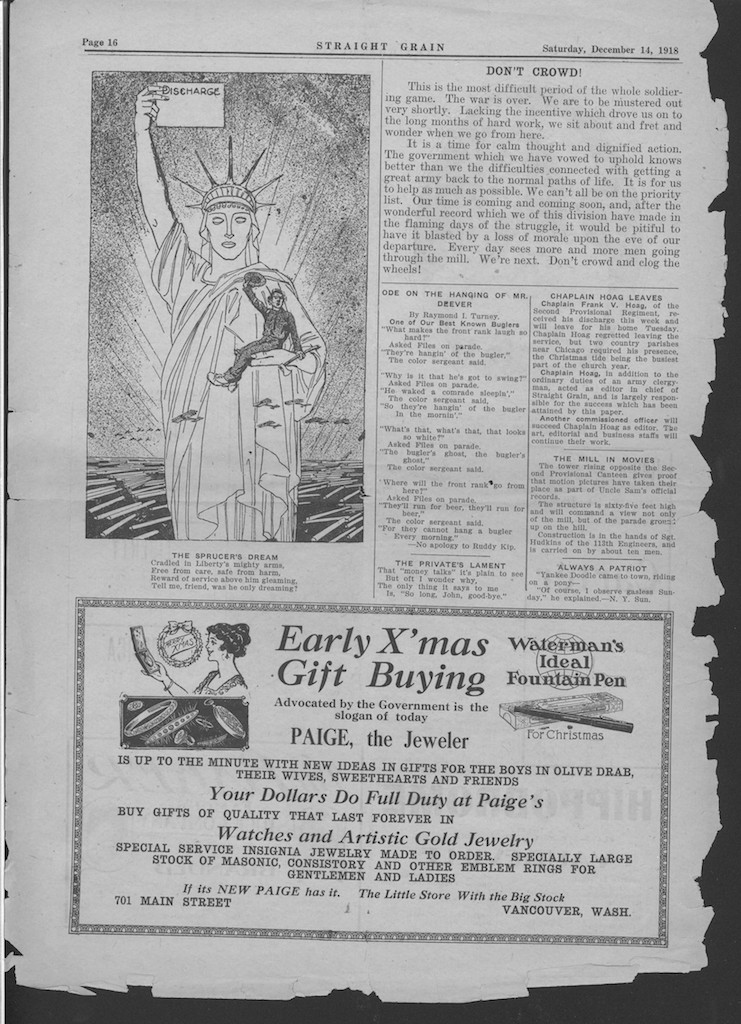 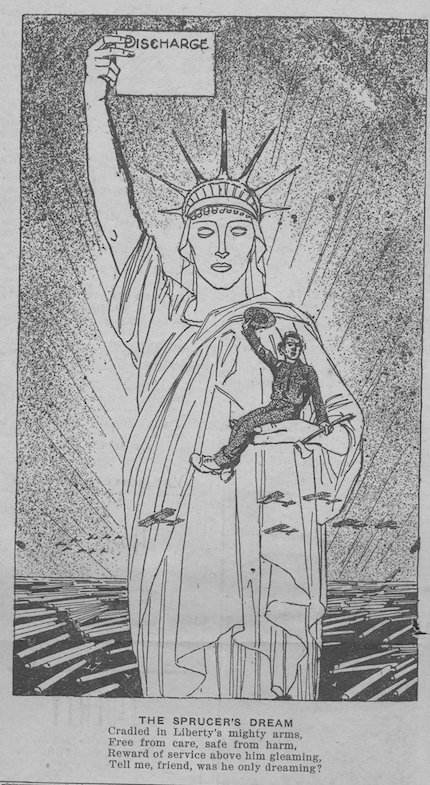 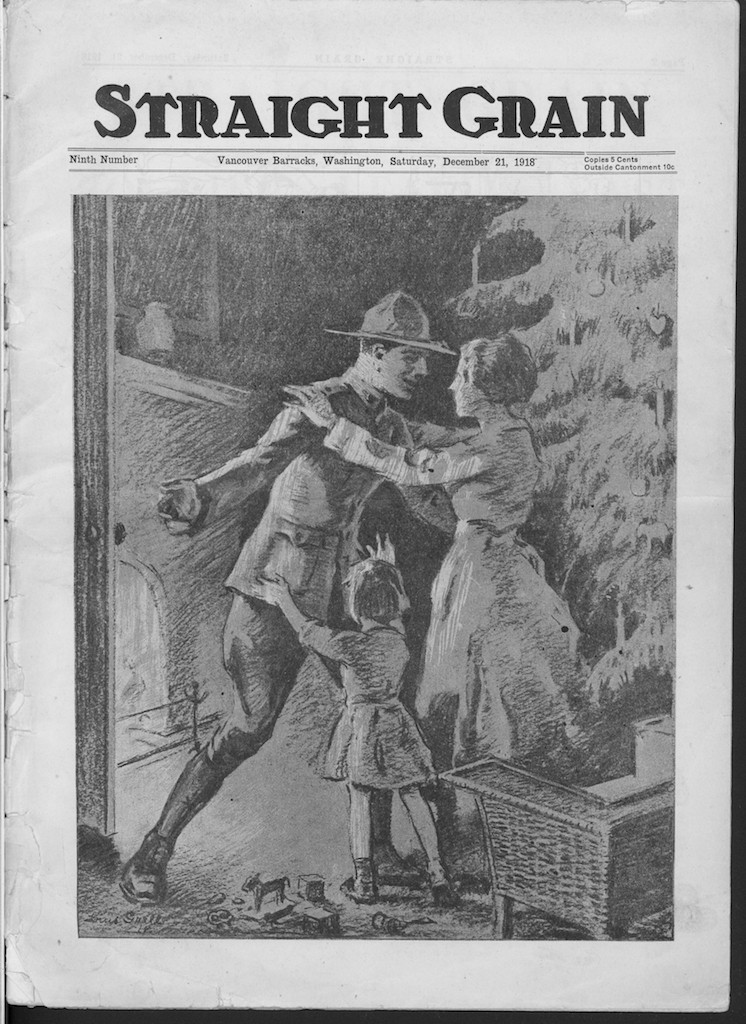 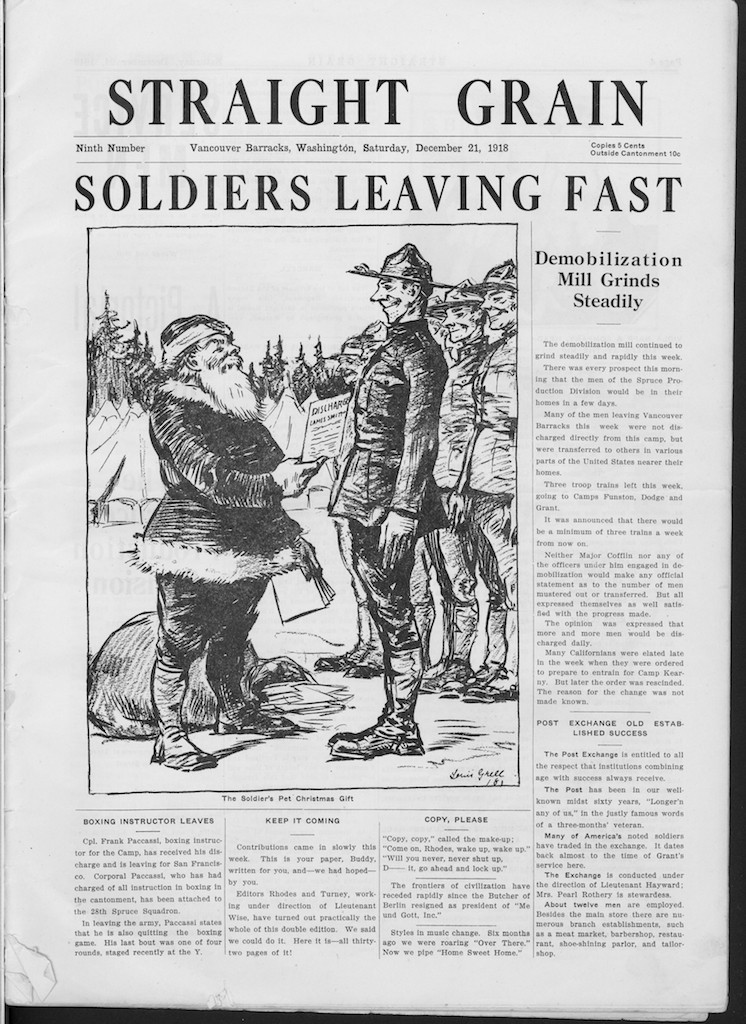 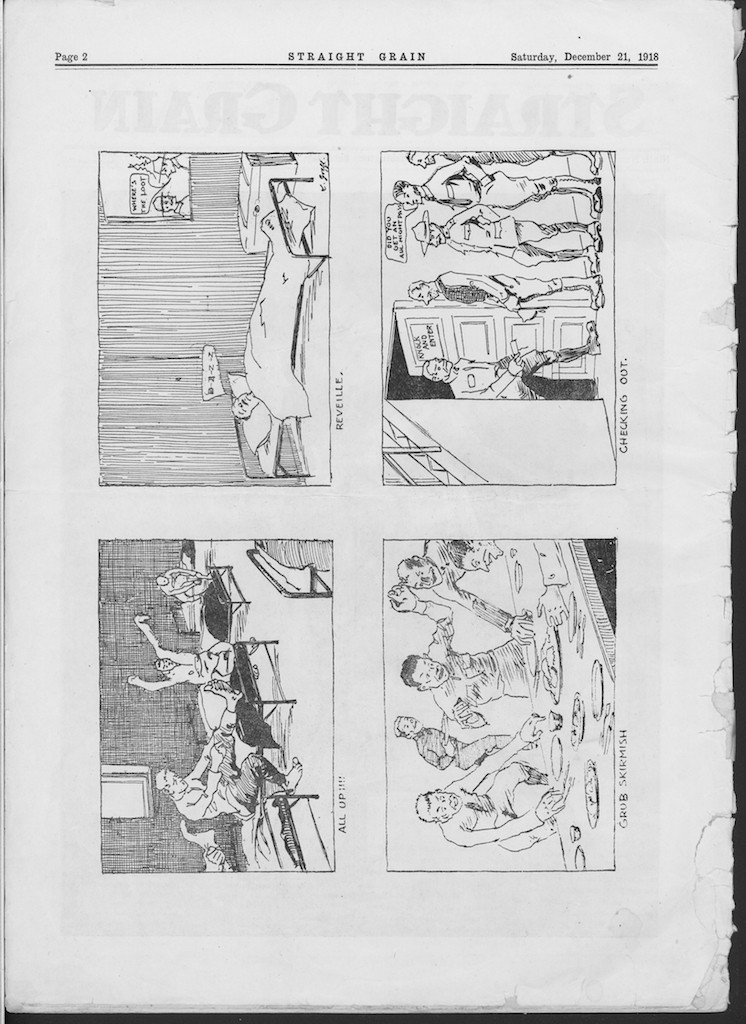 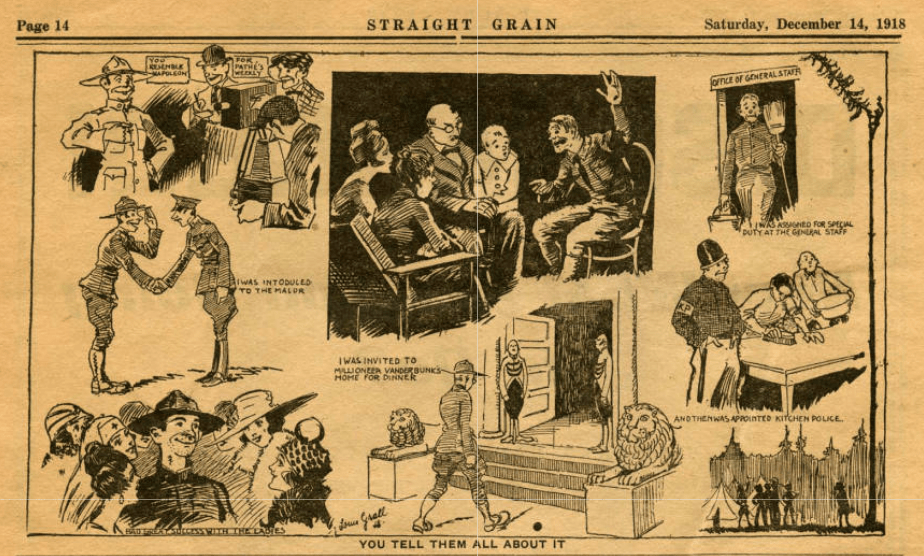 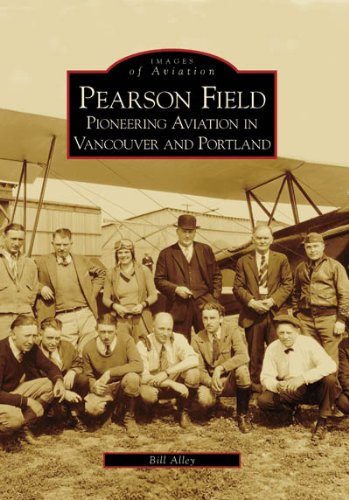 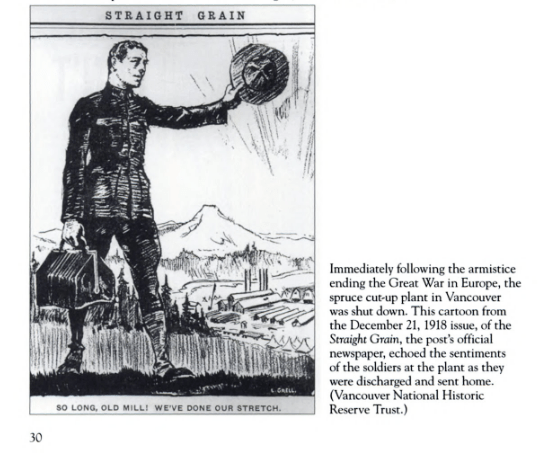 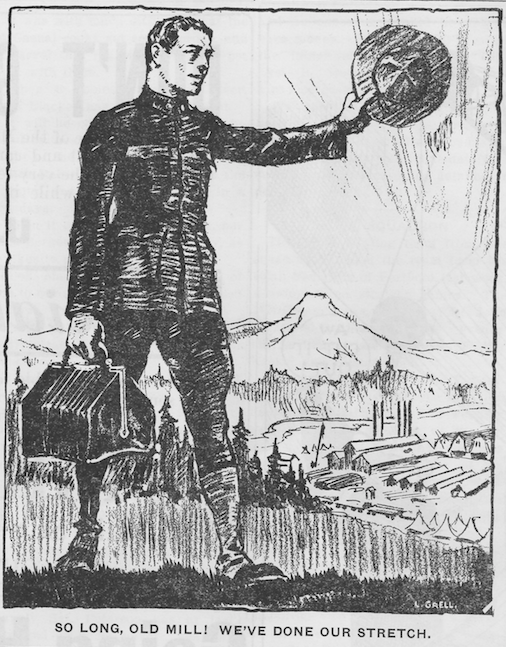 After Grell was drafted into World War I he eventually ended up in Vancouver Washington at Fort Vancouver in the Spruce Production Division and became a Spruce Soldier.  One of his jobs was as illustrator for the weekly camp paper titled Straight Grain, a term referring to the straightness of the grain needed for the wood structure of the planes used during the war.  A known eleven numbers or issues were published each Saturday from October 26, 1918 to January 4, 1919; two of which were double numbers or twice the normal sixteen pages with two different cover pages.  Grell was the main illustrator producing all three covers and the main illustrations in the two numbers reviewed thus far by the foundation (one number was a double issue with two covers (December 21, 1918).

Grell the Cartoonist – The foundation is highlighting these illustrations because many are far removed from the serious nature of the bulk of his known work.  Some of the illustrations reveal Grell’s attempt at cartooning while infusing comedy into his renderings.  Although similar to his Purple Cow murals for the Albert Pick Hotel Company as far as there lite nature, Grell showed his comedic side during the waning months of the great war and immediately after the armistice.  They are unlike the other illustrations he created for Journeys Through Bookland (vols 3-9), for example.

The editor of the camp paper was Rev. Victor Hoag, rector at St. Marks Episcopal Church in Geneva, Illinois where Grell would later, in 1919, paint a significant mural inside the chapel.

A small sampling is included.  Click here to see a pdf file of the Images of America, Pearson Filed issue.