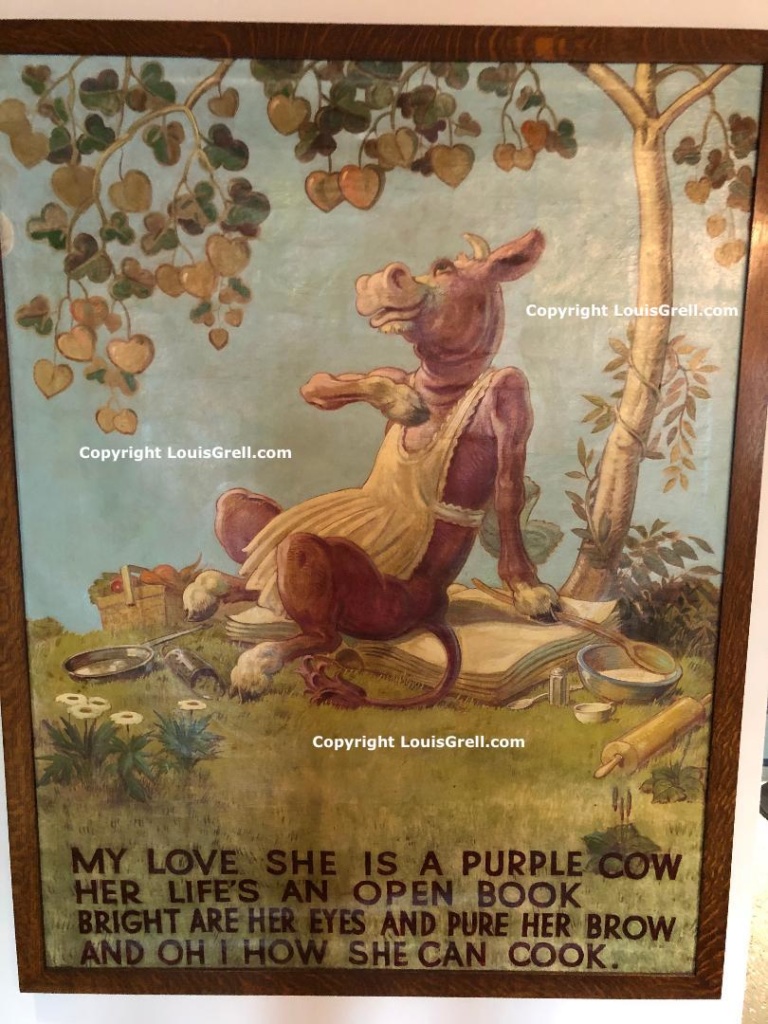 Three Muses for sale May 23 at Susanin’s 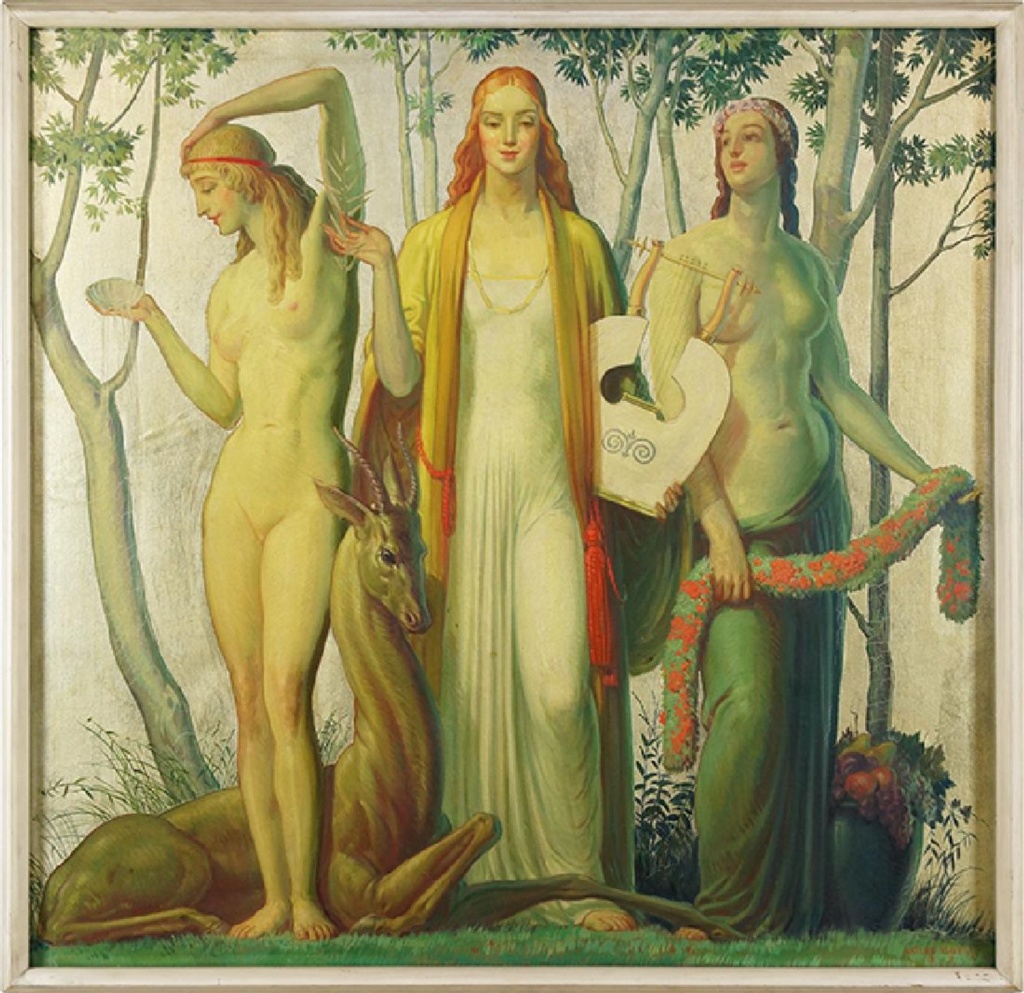 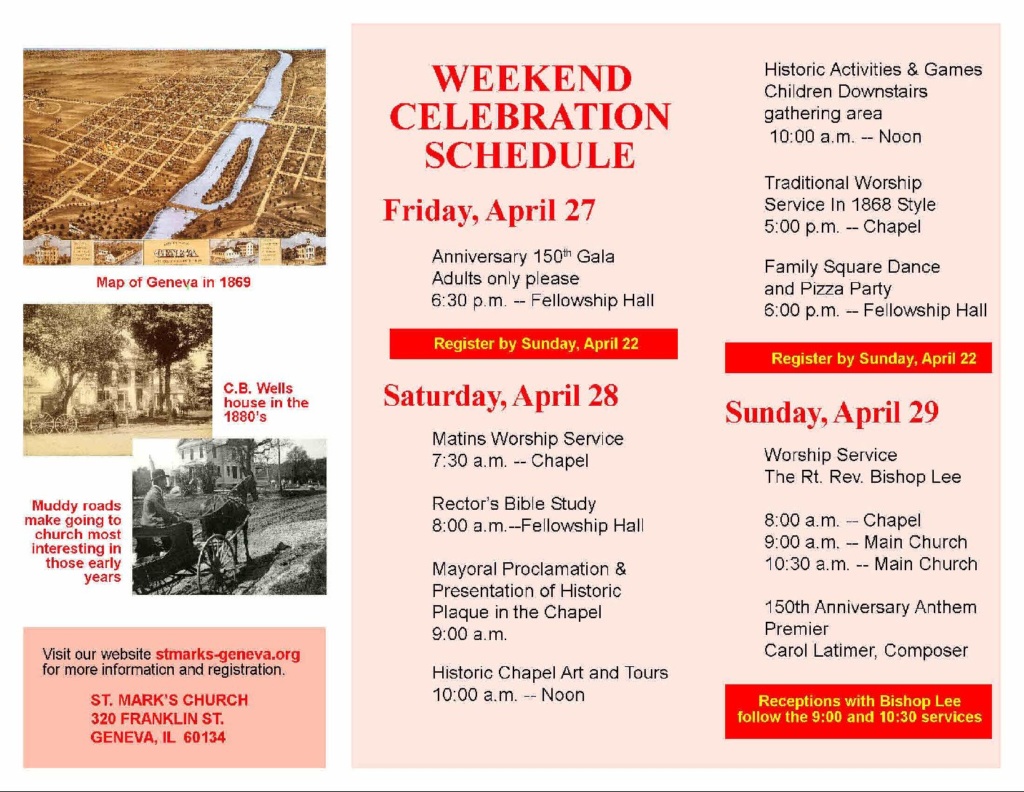 Congratulations on 150 years! Come and visit us at St. Marks and see the newly restored mural originally installed in…

Held at the old Gateway Theatre (1930), now the Copernicus Center and around Jefferson Township, the 36th annual celebration featured a display of photos of the old murals painted by Grell in the lobby and grand foyer.

Come high noon on September 13, 2016, the Geneva History Museum will be hosting the first ‘Brown Bag’ luncheon of the season at St. Mark’s church.  The history behind the 1919 signed Louis Grell mural will be the general topic of discussion presented by parishioners and museum volunteers Ron and Margy Walkington. 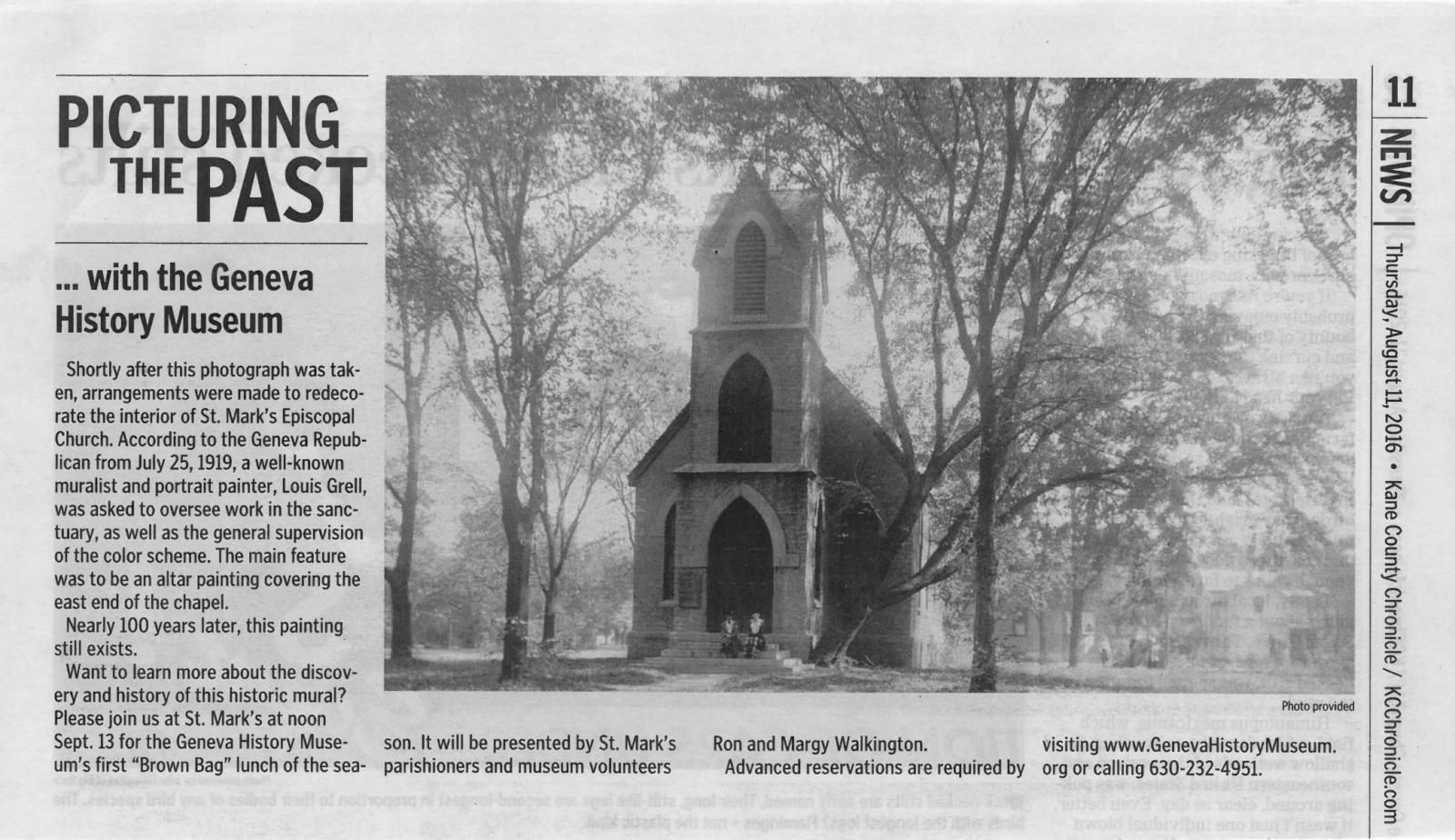 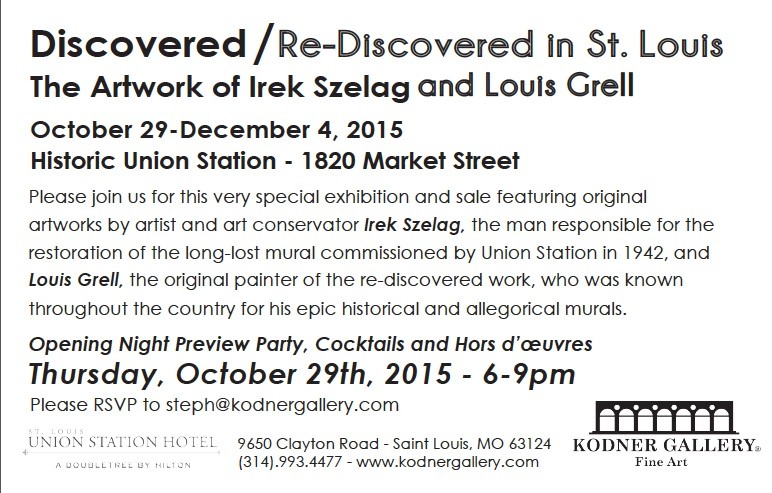 *The mural unveiling will be held the morning of October 29th.  Please confirm with Union Station management. 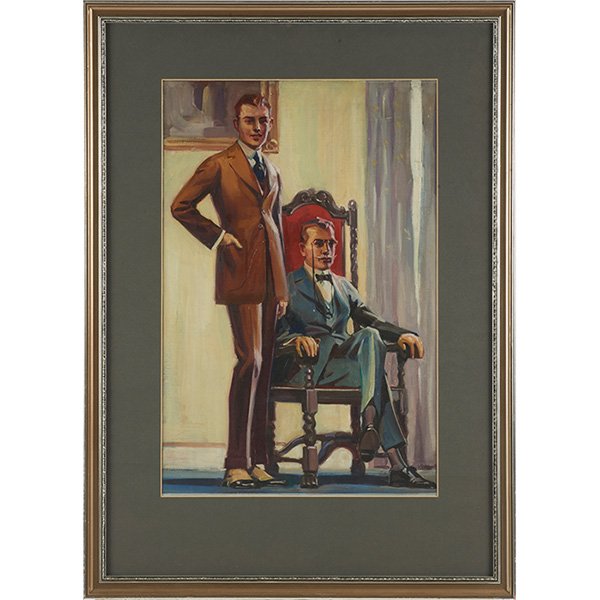 We believe this to possibly be a young Jim Thompson and his father, Dr. J. Robert Thompson.  Jim Thompson was the former Illinois Governor.

Here is a link to the auction house and the portrait.  The starting bid is only $200 –

Good luck to all bidders

St. Louis Union Station Double Tree Hotel with owner’s LHM will be officially unveiling Commerce on the Landing inside Grand Hall behind the hotel check-in lobby area.  In conjunction with the unveiling Kodner Gallery of St. Louis will be curating and exhibiting selected works for Discovered/Re-Discovered in St. Louis: The Artwork of Louis Grell and Irek Szelag.  Mr. Szelag conserved Commerce on the Landing and is a St. Louis prominent artist.  The mural will be on display 24/7 permanently inside Grand Hall beginning with the art exhibit will run from October 29 to December 4, 2015 from Tuesday – Saturday 11-4 inside the Union Station Museum shop near the Grand Hall.

Please join us on October 29th for the evening gala celebrations from 6 – 9 PM and enjoy the art exhibit and mural at your leisure.

Mr. Szelag will be offering his works for purchase and a select few works by Louis Grell may be available for purchase.

We hope to see all of you,  THANK YOU!